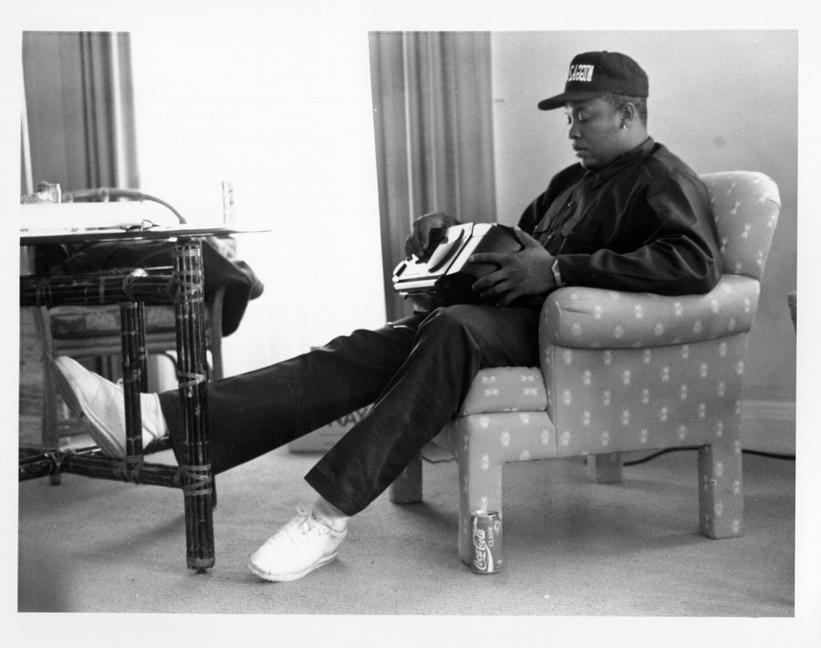 Dr. Dre's 'The Chronic' | For The Record

In 1991 Dr. Dre helped form Death Row Records, shortly after the disbanding of N.W.A., the rap group that launched him into music stardom. A year later he released his debut solo album, The Chronic. With the influential album came an innovative mix of the Funkadelic sound, G-funk and rap, the introduction of Snoop Dogg, and an era-defining blueprint for West Coast rap.

The GRAMMY-winning rapper/producer extraordinaire, then just 27, released The Chronic on December 15, 1992 via his newly-formed record label, with distribution through Interscope Records. While Dre has had an incredibly impactful career in music and business, and both directly and indirectly influenced many other successful hip-hop artists, he has only released three studio albums of his own.Following The Chronic, his much-anticipated follow-up wasn't released until 1999 – 2001 (sometimes referred to as The Chronic 2001), now another classic. In the documentary The Defiant Ones, he cites his perfectionism as a major factor in holding up 2001, and in putting out more solo releases.

The Chronic brought us several classic hip-hop tracks and won Dre his first GRAMMY. The album's third single "Let Me Ride" won Best Rap Solo Performance, and the first single "Nuthin' but a 'G' Thang" was nominated for Best Rap Performance By A Duo or Group at the 36th GRAMMY Awards. A then-unknown 20 year-old Snoop Doggy Dogg rapped on many of the tracks, receiving his first GRAMMY nomination for his feature on "Nuthin' but a 'G' Thang," and launching his solo career shortly after.

Snoop, introduced to Dre through his stepbrother Warren G, brought the laid-back 420-vibes that infused the album. Their collaboration, along with the others who worked on the album, including Warren G and Nate Dogg, created a classic sound that would define West Coast rap for the years to come. Dre's message was still from the California "gangsta" perspective, but with a slower flow and somewhat more laid-back vibe, producing a ground-breaking sound and a growing fan base.

"I think the beauty of The Chronic was that each song carried a message that all together made up the culture of the West Coast," said rapper Sauce Money.

Many hip-hop artists – Kanye West included – and fans point to the album as one of the most influential hip-hop albums of all time.

"It's the benchmark you measure your album against if you're serious," West wrote in 2010 for Rolling Stone's 100 Greatest Artists list, which covered all genres and ranked Dre at No. 56.

Recognizing its immense influence, The Chronic was inducted into the GRAMMY Hall of Fame in 2018, an honor limited to "recording[s] of lasting qualitative or historical significance."