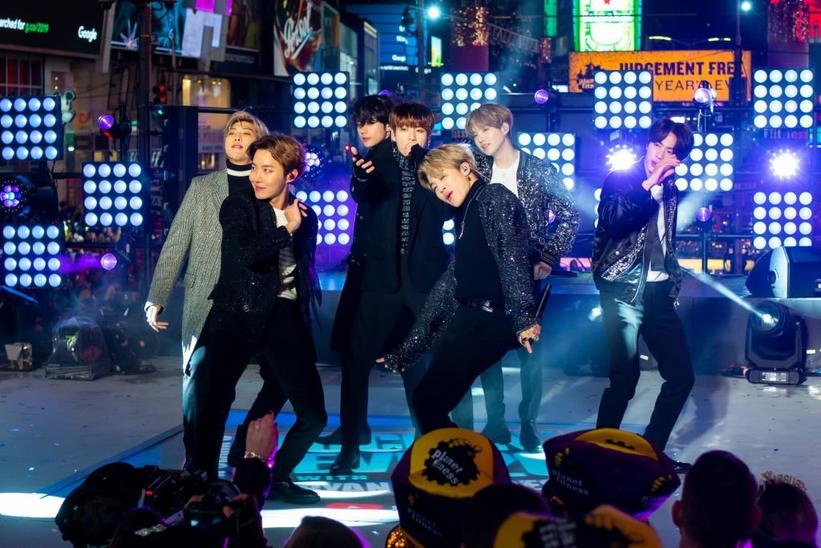 The K-pop superstars return with a follow-up to their 2018 album, 'Love Yourself: Tear'

Coming off a major New Year's Eve performance at "Dick Clark's New Year's Rockin' Eve With Ryan Seacrest 2020" in NYC last month, BTS are back in a big way in 2020. The K-pop megastars today (Jan. 7) announced, via Twitter, they are dropping a new album this year: Map Of The Soul: 7, out Feb. 21 via Big Hit Entertainment.

The forthcoming release marks the group's first full-length project since their 2018 album, Love Yourself: Tear, which topped the Billboard 200 chart and solidified BTS as the first K-pop act to accomplish that record-setting feat. It's also the second installment in the South Korean boy band's ongoing Map of the Soul series, which launched with the chart-topping Map of the Soul: Persona EP last April.

According to Billboard, a spokesperson for the group said, via an official statement announcing the new album, "Global fans are eager to discover how the story will continue on from the previous installment [of the Map Of The Soul series], which explored the message of finding joy in love and reaching out to the world."

The new album comes on the heels of a massive, recording-breaking 2019 for BTS, which saw the group collaborating with Juice WRLD, who passed away last month; visiting GRAMMY U Chicago students; performing on "The Late Show With Stephen Colbert," "Good Morning America" and "Saturday Night Live"; and presenting at the GRAMMYs.

After being named one of Time magazine's "most influential people" for 2019, BTS took a break last August, which saw the group "going on an official and extended period of rest and relaxation," according to their management team. Their new album now marks their return to the scene and (hopefully) the stage.

Why is K-pop's popularity exploding in the United States?