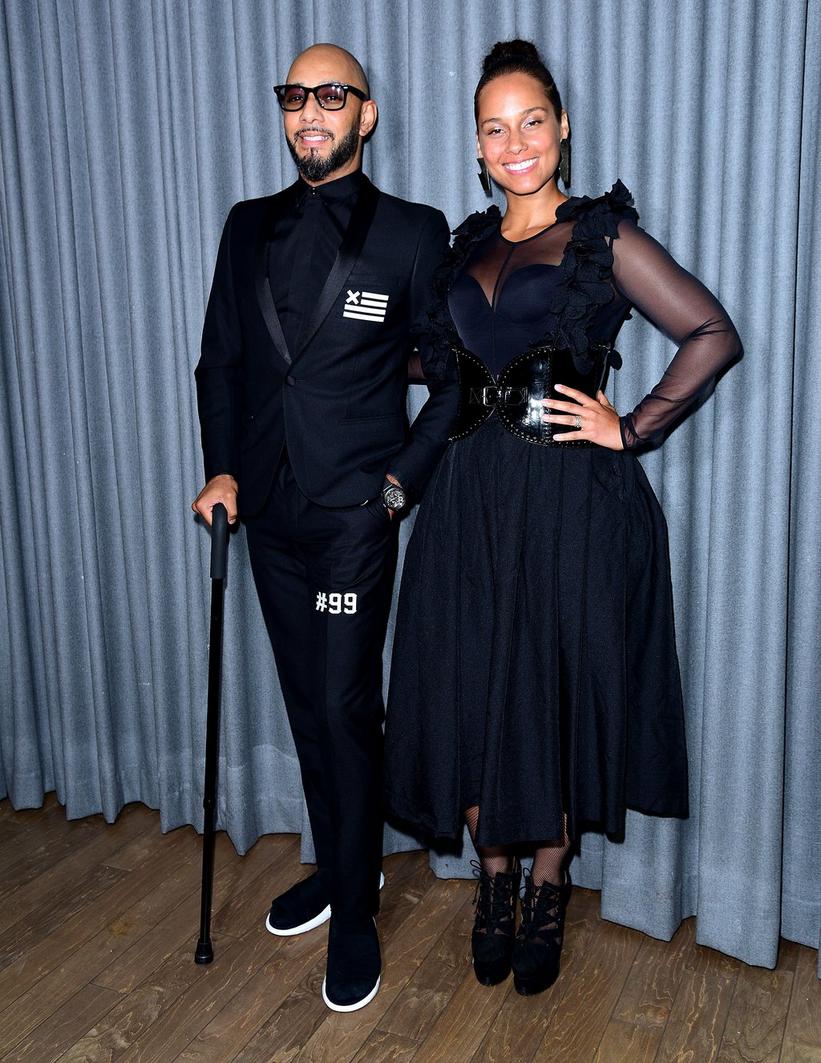 GRAMMY winners Alicia Keys and Swizz Beatz are a power couple to be reckoned with. In 2018 their stars will burn even brighter with new recognition from the Recording Academy's Producers & Engineers Wing.

The power duo will be honored during GRAMMY Week 2018 at the P&E Wing's 11th annual GRAMMY Week celebration on Jan. 25, 2018, at Rockefeller Center's iconic Rainbow Room in New York City. The invite-only event, which celebrates the artistic contributions of the Wing's professional members, will highlight the unparalleled accomplishments of Keys and Beatz.

Keys has earned a total of 15 career GRAMMYs to date, including Best New Artist and Song Of The Year for "Fallin'" at the 44th GRAMMY Awards and wins in the R&B Field for classics such as "You Don't Know My Name" (2004), "No One" (2007) and "Girl On Fire" (2013). She also earned a win for Best Rap/Sung Collaboration and Best Rap Song for her collaboration with fellow GRAMMY winner Jay-Z on "Empire State Of Mind."

Primarily a sought-after producer, Beatz — aka Kasseem Dean — has worked with the likes of Jay-Z, Madonna, Beyoncé, Busta Rhymes, Gwen Stefani, Kanye West, and Metallica. He has earned six GRAMMY nominations, and won his first career GRAMMY at the 53rd GRAMMY Awards for Best Rap Performance By A Duo Or Group for "On To The Next One" with Jay-Z.

"With multiplatinum success, fierce dedication to the craft and unwavering support for the art of recorded sound, Alicia Keys and Swizz Beatz represent the power of groundbreaking ingenuity in our creative community," said Neil Portnow, President/CEO of the Recording Academy. "Alicia and Swizz have set new precedents for excellence and their contributions are paramount. This is sure to be an unforgettable evening, and we are thrilled to be able to celebrate them together as an undeniable force in the industry."