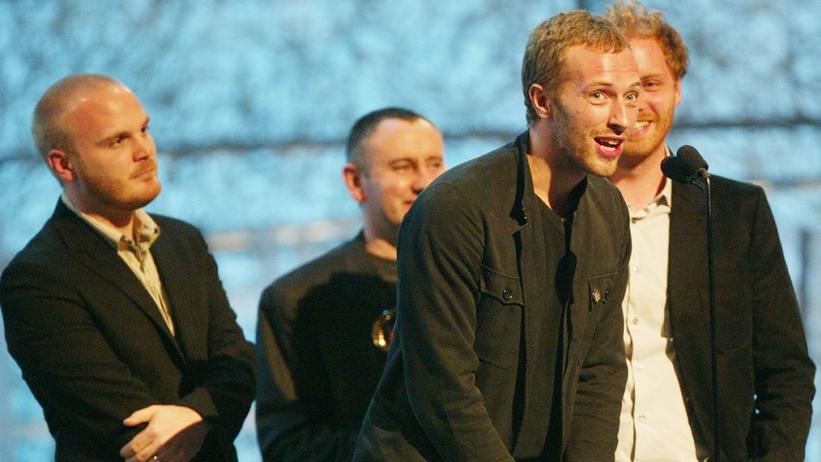 GRAMMY Rewind: Watch Coldplay Graciously Win Record Of The Year For "Clocks" In 2004

In the latest episode of GRAMMY Rewind, watch Coldplay deliver an understated speech at the 46th GRAMMY Awards after winning Record Of The Year for "Clocks"

Now that Coldplay is a stadium-filling band with seven GRAMMY wins and 30 GRAMMY nominations,"Clocks" is arguably their signature song.

This development wasn't predestined, though; it was the product of the band's keen writing and arranging as well as producer Ken Nelson's canny decision-making.

It paid off in dividends in 2004 when the band accepted Record Of The Year for "Clocks" at the 46th GRAMMY Awards from presenters Michael McDonald and Mary J. Blige.

In the latest episode of GRAMMY Rewind, roll back the time and watch the band accept the honor with their trademark humility. At the end, singer Chris Martin throws their weight behind a certain presidential candidate and departs with a polite and very British "Thanks, bye!"

Check out the charming throwback clip above and click here to enjoy more episodes of GRAMMY Rewind. 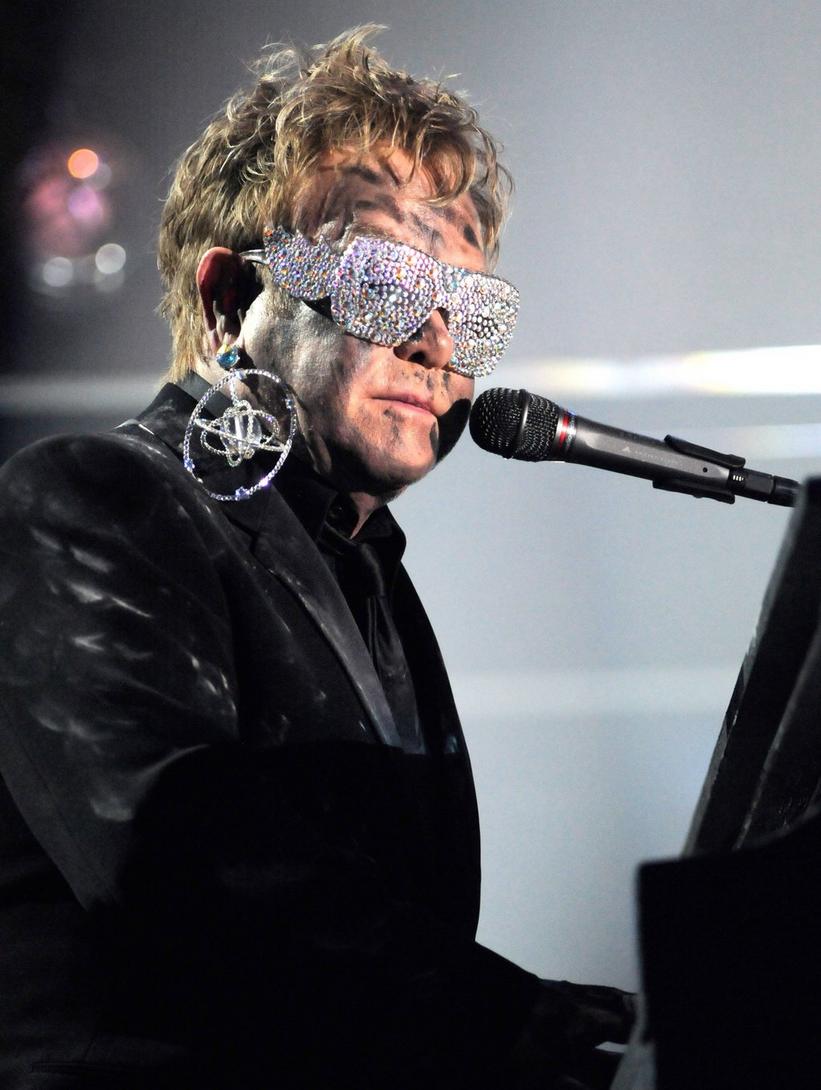 We're guessing he didn't play anything from his album A Single Man. According to a People.com report, flamboyant rocker Elton John was the musical guest (for a cool fee of $1 million) at conservative talk show host Rush Limbaugh's fourth wedding, this one to 33-year-old Kathryn Rogers, who is reportedly a direct descendant of President John Adams. Regarding the couple's age difference, Rogers said, "I'm sometimes not able to relate to the average person my age." It would seem the 59-year-old Limbaugh is neither her age nor the average person.

Here's a concert that went to the dogs. Performance artist Laurie Anderson staged a show outside the Sydney Opera House for an audience of canine music lovers on June 5. The show took place as part of the city's Vivid Live festival, which is being co-curated by Anderson and her husband, Lou Reed, and featured music for mutts including high-pitch squeals and even sounds only dogs could hear. Anderson called the show, which was born from a conversation with cello master Yo-Yo Ma, "a highlight of my life." For man's best friend, it may have been the best dedicated music since the Singing Dogs' version of "Jingle Bells."

If you think Richard Wagner's "Ring" cycle — the four-part opera based on Teutonic and Norse mythology that can run as long as 15 hours over four nights for the full cycle — carries some pretty heavy artistic heft, you'd be right…and literally right. For a new Metropolitan Opera staging over the next two years, the Met had to install 65-foot steel girders to support the 45-ton set. This might make Wagner the biggest current heavy metal act in music. The opera is set to open Sept. 27.

Coldplay's own artistic heft just got heavier...and freakier. In 2002 guitarist Jonny Buckland and frontman Chris Martin starred as a murder-solving duo in Irish rock band Ash's self-made slasher flick, appropriately titled Slashed. Unfortunately, the project was shelved, but footage has made its way into the band's new video for "Binary." Meanwhile, Coldplay bassist Guy Berryman is steering clear of axe-wielding killer ghosts to restore Scandinavian furniture with his brother Mark. Berryman's Antiques specializes in tables, seating, cabinetry, and even a Swedish bridal chest. Customers who find their purchased antiques haunted should contact Buckland and Martin immediately.

Now you can love him tender, love him mashed, or even love him au gratin. The Elvis Presley estate has teamed with Hasbro and PPW Toys to launch an Elvis version of the classic Mr. Potato Head toy. The first release will be a Las Vegas jumpsuited Elvis, scheduled to debut during Elvis Week in Memphis, Tenn., in August, and will be followed by a leather-clad Elvis spud. The Elvis potato follows a Kiss version released last year.

Bon Jovi launched an impressive 12-night, sold-out residency at London's O2 Arena on June 7, marking a return to the venue they officially launched three years ago. The GRAMMY-winning New Jersey natives also recently christened their new hometown digs, New Meadowlands Stadium, with three concerts in late May. AEG Live is predicting tickets sales for the band's current tour will eclipse their 2007–2008 Lost Highway trek, which was Billboard's highest-grossing tour in 2008. Not bad for a band Rolling Stone magazine once described as a "bad fourth-generation metal, smudgy Xerox of Quiet Riot." Jon Bon Jovi's take? He recently smirked, "Like it or not, we're one of the biggest bands in the world." No word on a JBJ Mr. Potato Head, however.

Have the the Melvins gone commercial? The band's latest album, The Bride Screamed Murder, sold 2,809 units this past week, good enough for the bottom spot on the Billboard 200 and marking the first time the Seattle indie rock legends have placed on the album chart in their 25-plus-year career. With another 2,000 units, they would have reached the chart's upper echelon and passed the likes of Beyoncé, Eminem, Michael Jackson, Nickelback, Pink Floyd, and Timbaland. Asked for his comment on the milestone, singer/guitarist Roger "Buzz" Osborne said, "Top 200 what?"

Katy Perry's "California Gurls," featuring Snoop Dogg, reclaimed the No. 1 position on the Billboard Hot 100 this week, as well as the top spot on the iTunes singles chart.