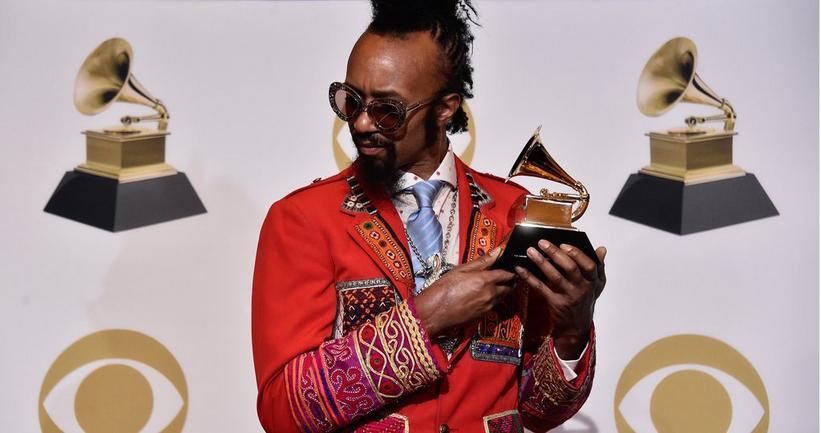 The lively blues singer, who got his name thanks to the Mexican community he grew up around, shows the Recording Academy exactly where he keeps his two cherished golden gramophones

Fantastic Negrito's road to GRAMMY gold began after rethinking some of the life choices he was making on the streets of Oakland, Calif.

"Kids my age, they were all selling drugs and a lot of people that I knew were getting killed in the streets and I just thought, man, there's gotta be a better way to make money," he told the Recording Academy.

Fast forward to 2017, Negrito earned his first win for 2016's The Last Days Of Oakland in the Best Contemporary Blues Album category. In 2019, Negrito scored his second award in the same category for 2018's Please Don't Be Dead.

The awards meant a lot to him: "It's inspiration and it is validation, especially for people that are outside of the box, 'cause I've been outside of the box my entire life," he said. "I've always felt like I was watching everybody else celebrate. It's been the story of my life and for the GRAMMYs to honor that is huge."

In the latest episode of Where Do You Keep Your GRAMMY?, the lively blues singer, who got his name thanks to the Mexican community he grew up around, shows the Recording Academy exactly where he keeps his two cherished golden gramophones: his bank. While the physical awards may not be in his home, its the legacy they carry Negrito seems to be most grateful for.

"It's an incredible legacy and when I'm gone, they'll still say two-time GRAMMY winner," he said.

Where Do You Keep Your GRAMMY: Brenda Lee 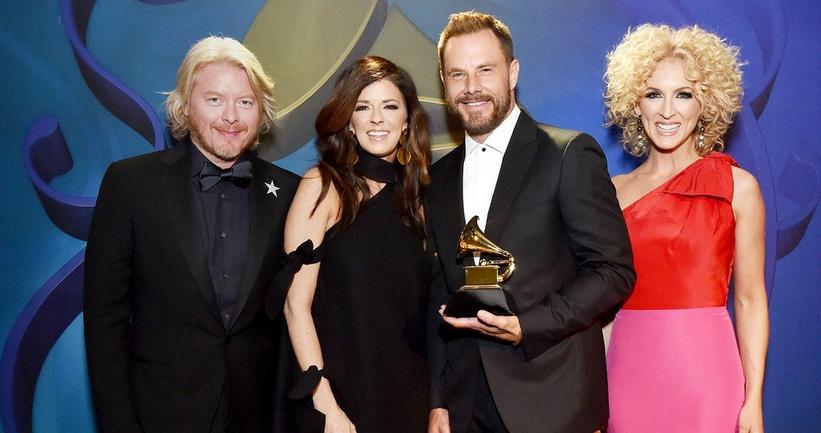 Where Do You Keep Your GRAMMY: Jimi Westbrook Of Little Big Town

Little Big Town's Jimi Westbrook remembers the time he almost quit music. "Really I cut my teeth singing gospel music when I was a kid," he told the Recording Academy about growing up in a musical family. "I sang my first solo in church when I was 12 and that was it I was done."

That moment definitely was not the singer/songwriter's last with music. Years later Westbrook is a three-time GRAMMY winner, including for Best Country Duo/Group Performance during the 2010 GRAMMY Awards. In the first episode of the latest installment of Where Do You Keep Your GRAMMY, Westbrook let's us in on the exact room his golden gramophones are dispalyed—slight spoiler: they're in the same house GRAMMY winner Tammy Wynette  used to live in.

Despite his success in what can be a tough industry, Westbrook stays thankful to create. "Because of the journey we've been on, we're just always really grateful to be able to still be making music and to be inspired still," he said.

Gary Clark Jr. On His First Car, The Evolution Of The Blues & His Latest LP 'This Land'

Where Does Halestorm's Lzzy Hale Keep Her GRAMMY?

"To be nominated and win the GRAMMY and then now be nominated again is just absolutely mind-blowing. Pretty sure it's the definition of living the dream," Hale said

When Halestorm's name appeared as one of the bands nominated for Best Hard Rock/Metal Performance at the 55th GRAMMY Awards, the band was prepared to take a loss.

"We'd kinda said to ourselves, look, this is a crazy fluke, somehow the Academy figured out who we are and we got nominated—this is crazy, but guys … we're not gonna win," Halestorm frontwoman Lzzy Hale recalls. "Let’s just have the best time that we can possibly have."

And when their name was announced as the category winner, the band's achievement came as an even greater surprise.

Now, in the latest installment of Where Do You Keep Your GRAMMY, Hale lets the Recording Academy into her home and in on where she keeps the golden gramophone she never expected to win.

"There's a difference between believing that you have the capability to get there and then things actually happening," Hale said of the band’s win.

For Halestorm, who are up for Best Rock Performance at the 61st GRAMMY Awards on Feb. 10,  the journey to their first nomination back in 2012 was more than just about music—it was a celebration of their friendship.

"The fact that we've been a band for 21 years, we've had tunnel vision since we were 13 and10 years old… And to remain best friends for over 15 years and to be able to be nominated and win the GRAMMY and then now be nominated again is just absolutely mind-blowing. Pretty sure it's the definition of living the dream," Hale said.

Where Do Warryn And Erica Campbell Keep Their GRAMMYs? 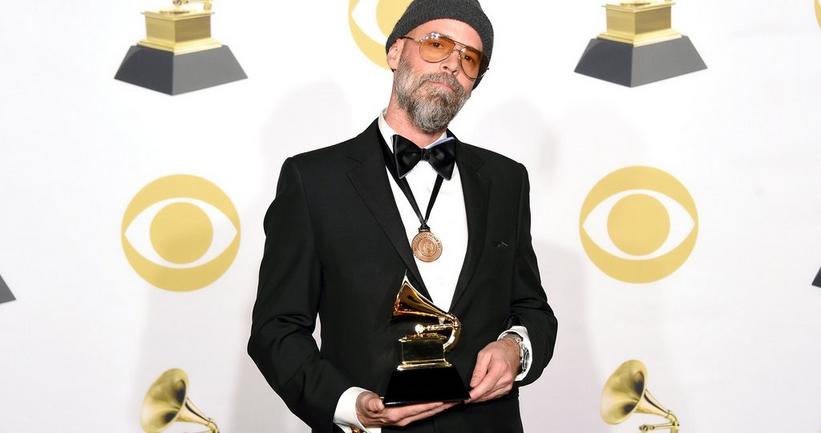 Where Do You Keep Your GRAMMY: Dennis White (A.K.A. Latroit)

Here's where the DJ and producer, who won Best Remixed Recording at the 60th GRAMMY Awards, keeps his golden gramophone

Dennis White, a.k.a. Latroit, thought a lot about where he would place his first GRAMMY.

The DJ/producer/songwriter opted to place his golden gramophone atop his piano in the living room of his North Hollywood home. "I do zero work in here," he says in the latest episode of Where Do You Keep Your GRAMMY?, which you can watch below,

"So I wanted it to live in that corner for that reason and that's how, having it here and playing in front of it, that's how I've been able to emotionally connect to it."

Recalling the making of his GRAMMY-winning track—a remix of "You Move" by Depeche Mode, which earned him Best Remixed Recording at the 60th GRAMMY Awards—White says he didn't have any expectations. Getting nominated at all did take a while for him to "wrap his head" around, though.

Watch above to see where Latroit flexes his GRAMMY and the words he had when accepting it. 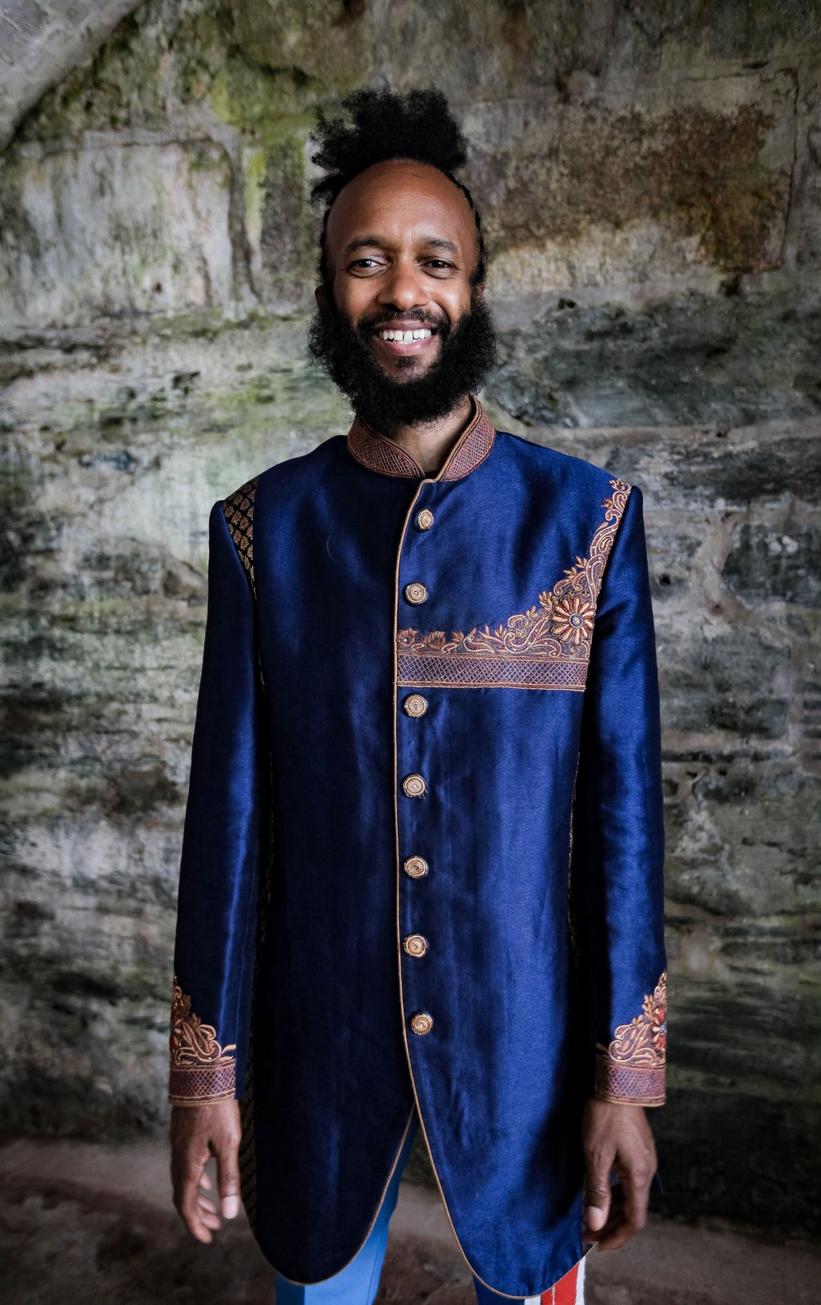 The Bay Area modern-day blues sage talks inspiration and following his muse regardless of genre or accolades, revealing why he's one of music's most authentic artistic voices

Equal parts rootsy bluesman and something from another time and planet, GRAMMY-winning singer/songwriter Fantastic Negrito returned earlier this year with his second full-length album, Please Don't Be Dead. The album is a wild ride from start to finish, showing the artist's many sides, talents and truths.

We caught up with the Bay Area artist to ask about his new album, hear how "Dark Shadows" came together in the wake of the death of his friend, Chris Cornell, and what he has done with the GRAMMY he won for Best Contemporary Blues Album at the 59th GRAMMY Awards for The Last Days Of Oakland.