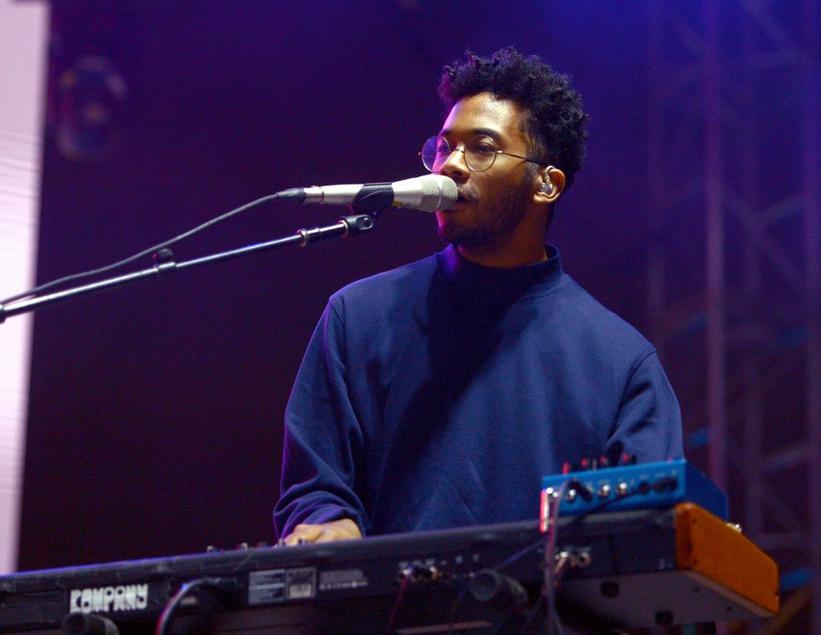 The artist says of his latest release, which is the lead single from the upcoming Outer Peace, "now I feel like I'm talking to anyone who is creative"

Chaz Bear, best known for his indie electro-pop outfit, Toro Y Moi, is a creative at heart and he continues to show it on his latest release on Oct. 23, "Freelance." The upbeat electro-funk track is the lead single on his newly announced sixth Toro Y Moi album, Outer Peace, out on Jan. 18.

The song's playful lyrics and music video, complete with an aesthetically-pleasing color palate, highlight the artist's creativity—and is a nod to his fans' creative sides as well. He has released five studio albums as Toro Y Moi since his debut LP, Causers Of This, in 2010, exploring and redefining his sound with each new body of work, including on his other side projects and collaborative albums.

"I feel like I've found who I’m talking to with my music," the artist told Vogue. "For the longest time, I thought I was talking to music lovers or even a specific age group. But now I feel like I'm talking to anyone who is creative."

We see this shine through in simple-yet-artsy music video, directed by Harry Israelson, which shows Bear making music at a (perfectly organized) work-from-home desk setup, complete with an exercise ball as a chair, then dancing in a not-so-chic camo-print sweatshirt and Teva sandals during a photo shoot, singing "No more shoes and socks, I only rock sandals."

head to @voguemagazine for the premiere of the freelance music video.

The lyrics are a playful take on creativity and fitting in (or not) with pop culture. "I can't tell if I'm hip or getting old./I can't hear you, maybe you could change your tone./People tend to listen when they see your soul," Bear sings. He explains the song's meaning in a press release, via Pitchfork: "This record is a response to how disposable culture has become and how it affects creativity. While listening, you might pay attention or ignore—either way that's ok, this is music for a creative mind."

We have heard different sides of Bear as he explores his sound across his albums, and in this song and video it feels as if we are getting a glimpse into his mind, an authentic, perhaps artistically-curated look at who he is a person and, of course, as an artist. He is confidently telling the world who he is, playfully mocking his disregard for being cool and preference to simply be himself, no matter what other people are doing or trying to do.

"In this post-Instagram world, when we’re not really sure where the subculture is, everyone is [trying] to be 'normal,' though I feel like it’s just sort of aligned with where I've always been," Bear explained to Vogue.

Back in 2015 the Recording Academy sat down with Bear for a telling interview, where he explained his love for music and intentional efforts to not get pigeon-holed in a specific genre or sound. He shares, "Music's always going to be fun for me…I'm go to try my hardest to not get tired of it. I'm going to always change."

The world will have to wait until January 2019 to see exactly what this new flavor of Toro Y Moi sounds and looks like fully-fleshed out in album,. Until then, let's jam out to his many currently-released sounds while contemplating who we are in the world, perhaps even catching him on tour.