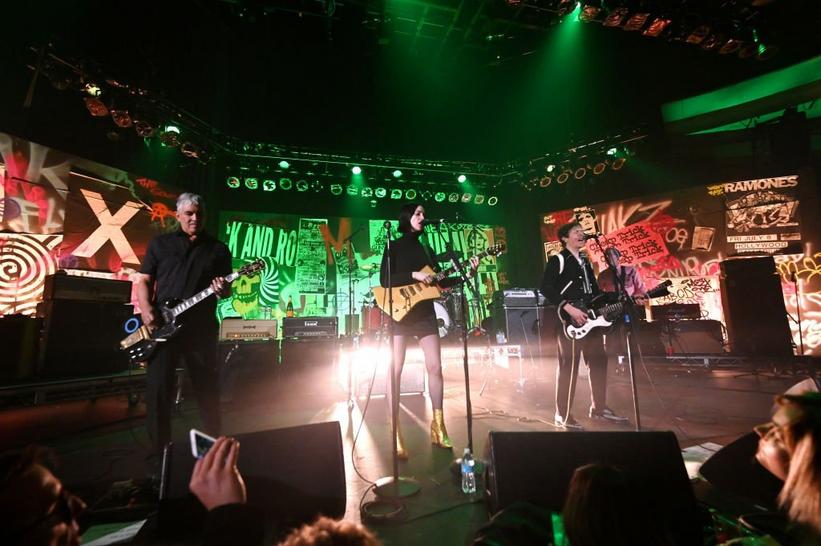 HEAVEN Is Rock And Roll 2020 in Los Angeles

The word "supergroup" was coined in 1966 to describe the band Cream. However, since then, it's become winky shorthand to describe a group of accomplished musicians more interested in goofing off with their equally talented friends than creating anything memorable. But tell that to Dave Grohl, Krist Novoselic and Pat Smear who revived their legendary rock/grunge outfit Nirvana for a truly special performance this past Saturday night (Jan. 4) at the Hollywood Palladium in Los Angeles.

The reunion, a unique talent constellation that also featured Beck, St. Vincent and Grohl's daughter Violet rounding out the band, was part of the 13th year of the HEAVEN gala, a fundraiser for The Art Of Elysium, a charity that brings music and visual arts to hospitals and homeless- and poverty-affected areas across Los Angeles. (The performance also marked Nirvana's first reunion since Foo Fighters' 2018 Cal Jam festival, when Deer Tick singer John McCauley stepped in for late Nirvana frontman Kurt Cobain to perform vocals.) Event partners We Are Hear, the hybrid record label, management company, music publisher and creative consultancy firm from producers Linda Perry and Kerry Brown, curated the 2020 event and theme, which this year was HEAVEN Is Rock And Roll.

Watch: Nirvana's 'Nevermind': For The Record

But while other artists like L7, Marilyn Manson and Cheap Trick also performed on the stage, which was outfitted with a background meant to evoke the iconic New York punk venue CBGB, it was this newly formed incarnation of Nirvana that proved to be the main attraction.

Replacing a charismatic lead singer is dangerously difficult, which might be why the five-song performance was billed as Dave Grohl & Friends. (The absence of their former frontman was noted by Novoselic, a founding member of Nirvana, who requested a "cheer from the crowd for Kurt Cobain.") However, it's difficult to name a performer as prepared as Annie Clark, better known as St. Vincent, for the task, given that her innovative guitar work serves as the highlight of her live shows and regularly lands her on male-dominated Best Guitarist lists. Tearing through opener "Lithium" on her signature Ernie Ball guitar while delivering vocals that sounded equal parts tortured and determined, the artist once again proved her mastery extends to both subtlety and volume.

Likewise, Beck carried the same slacker spirit to his turn at the mic. Wearing a Cobain-evoking beanie, he performed vocals for "In Bloom," "Been A Son" and

David Bowie's "The Man Who Sold the World," which Nirvana covered on their 1994 MTV Unplugged In New York live album and performance, with an appropriately deadpan delivery.

The "Loser" singer was definitely living out a few fan fantasies, which he admitted when he recalled seeing Nirvana open for Sonic Youth in 1990. "The most insane mosh pit of my life was in this room," he told the audience, grinning. "I remember being lifted up the whole time and afterwards, my hands were bleeding and I didn't know why."

But for all the star power onstage, the unexpected highlight of the night was when Grohl's daughter Violet was invited to perform "Heart-Shaped Box," the lead single off Nirvana's 1993 album, In Utero. Peeking out from her silvery hair, the 13-year-old connected on a song she's likely been humming her entire life, giving the kind of quietly passionate performance that only highlights the enduring power of the band.

It isn't just novelty of nostalgia. Call them a supergroup or just a collection of friends: Nirvana isn't going anywhere.

Here Are The Nominees For Best Rock Album | 2020 GRAMMYs 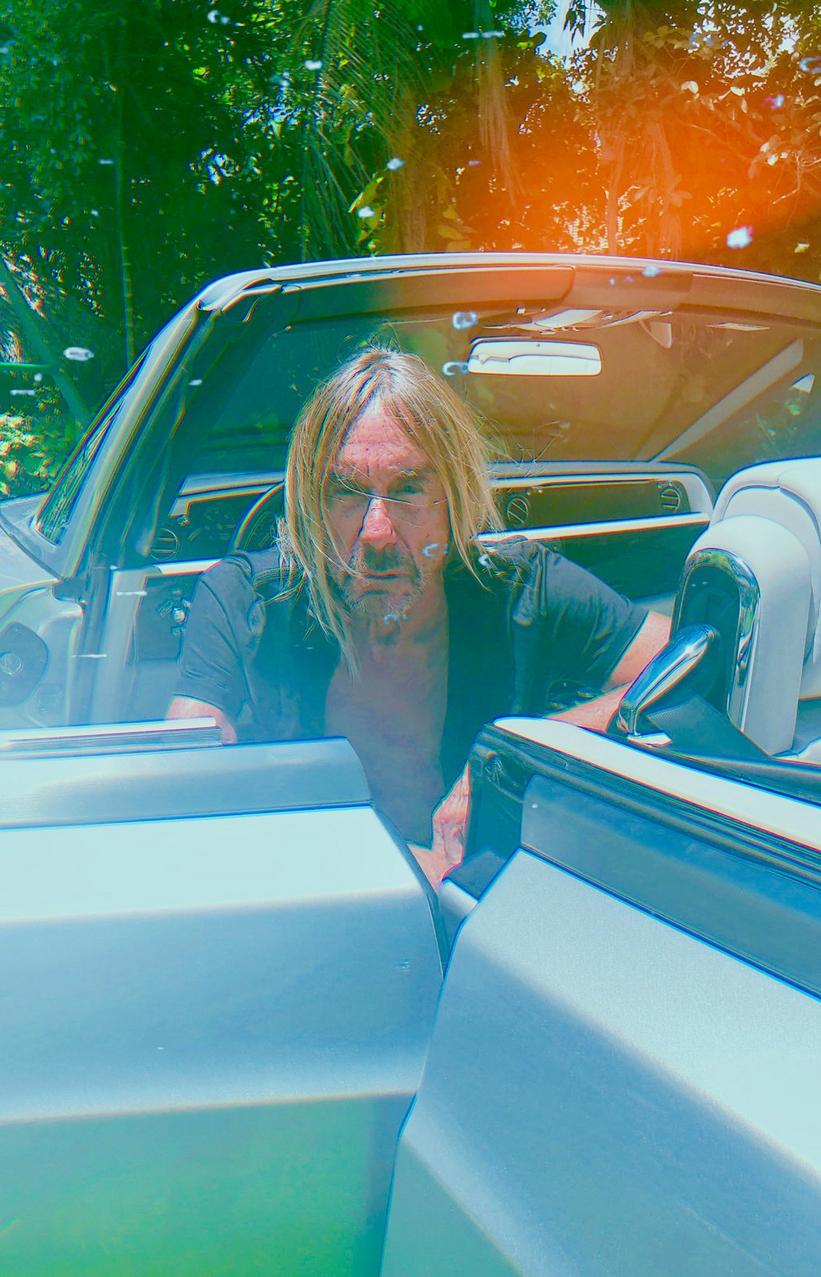 GRAMMY Museum To Launch Cheap Trick: I Want You To Want Me! Sept. 12

On Sept. 12 the GRAMMY Museum will launch Cheap Trick: I Want You To Want Me! — a one-of-a-kind exhibit offering visitors an in-depth look at the more than 35-year career of power-pop progenitors Cheap Trick.

Located in the Museum's Mike Curb Gallery on the fourth floor, artifacts on display will include guitars played by Rick Nielsen, including his 1952 Fender Telecaster used during a performance at Budokan in Tokyo; costumes worn on the album cover of 1979's Dream Police; and original lyrics, photographs, and tour ephemera, among other items.

In conjunction with the launch of the exhibit, on Sept. 12 Cheap Trick will visit the GRAMMY Museum's Clive Davis Theater to participate in a question-and-answer session and perform a brief set as part of the Museum's An Evening With series.

Cheap Trick: I Want You To Want Me! will be on display through June 2014.