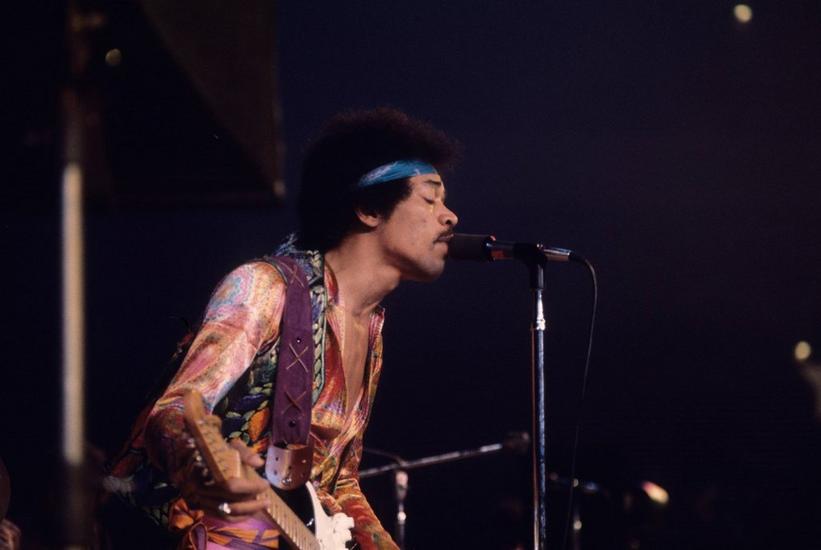 The iconic rocker's third and final studio album recorded with his band, the Experience, was released 50 years ago this week

Fifty years ago on Oct. 16, 1986, Jimi Hendrix released his third and final studio album recorded with the Experience comprised of bassist Noel Redding and drummer Mitch Mitchell. The album, Electric Ladyland, was also the final studio album released before his untimely death at the age of 27 in 1970. To celebrate the milestone, Sony Legacy is releasing a special remastered boxset, with new outtakes and demos, on Nov. 9.

Electric Ladyland is one of Hendrix's most celebrated albums. The two disc album is a journey of funky rhythms, groundbreaking guitar riffs and a medley of sounds and emotions throughout all 16 tracks. Of the three studio albums the Jimi Hendrix Experience released together, this was the only one to top the charts in both the U.K. and the U.S. The album spent 39 weeks on the chart and was Hendrix's only No. 1 album on the Billboard 200. "Crosstown Traffic" and "All Along the Watchtower" from the album also charted on Hot 100.

Eddie Kramer, Hendrix's sound engineer, explains what the album's success meant for Hendrix as an artist. "Probably more so than the album going number one, was to have a single for Jimi, to hear it on the radio, that was cool," Kramer recalls in the video above. "I think Electric Ladyland for Jimi, and the public recognizing what a genius he was, that just elevated him to the next level."

Electric Ladyland showcases Hendrix's love for experimentation with sound. While he loved to use new music technology and tools, like the wah-wah pedal, and he also used unexpected, everyday items to make the right sound. As Rolling Stone reports he uses a cigarette lighter in place of guitar slide on "All Along the Watchtower." "Crosstown Traffic" features a comb covered with cellophane, which he put together impromptu when he wasn't getting the right sound in the studio, instead of a kazoo.

Focused on getting the sound and feel just right on each song, often inviting friends and fellow musicians along for the ride, his studio sessions were often lengthy and full of takes. Two exceptions on the album are "Voodoo Chile" and "Voodoo Child (Slight Return)," both of which were recorded in just three takes each. The latter, a 15-minute jam track, was recorded after Hendrix was out at a nightclub in New York City. He came back to the studio afterhours with a few other musicians to record a song that had a live-music club feel.

"All Along the Watchtower" is a Bob Dylan cover, which Dylan originally released a year prior to his GRAMMY-nominated John Wesley Harding album. Hendrix was a big fan of Dylan, as his sound engineer Kramer shared with Sound on Sound about recording the song.

"He loved Bob Dylan and he always carried his songbook with him," Kramer said. "In this case, he was fascinated by the color of the lyrics and the tone of the lyrics, and of course the chord sequences were wonderful, too. It was a very special song."

The love was mutual, and Dylan has praised Hendrix on multiple occasions, including during his speech when he accepted the MusiCares Person of the Year award in 2015.

"We can’t forget Jimi Hendrix," Dylan said onstage. "He took some small songs of mine that nobody paid any attention to and brought them up into the outer limits of the stratosphere, turned them all into classics. I have to thank Jimi, too. I wish he was here."

Electric Ladyland was inducted into the GRAMMY Hall of Fame in 1999 and "All Along the Watchtower" was inducted as a single in 2001. Six of Hendrix's recordings have been honored as such by the Recording Academy, recognizing them as "recordings of lasting qualitative or historical significance that are at least 25 years old." Hendrix posthumously received the Recording Academy's Lifetime Achievement Award in 1992, the same year that The Jimi Hendrix Experience was inducted into the Rock & Roll Hall of Fame.

The 50th anniversary deluxe boxset of Electric Ladyland, which was remastered from the original analog tapes and includes demos from the original tapes as well, is available for preorder and will be released by Sony Legacy on Nov. 9.

Study Shows Women Make Up Half Of Aspiring Guitarists