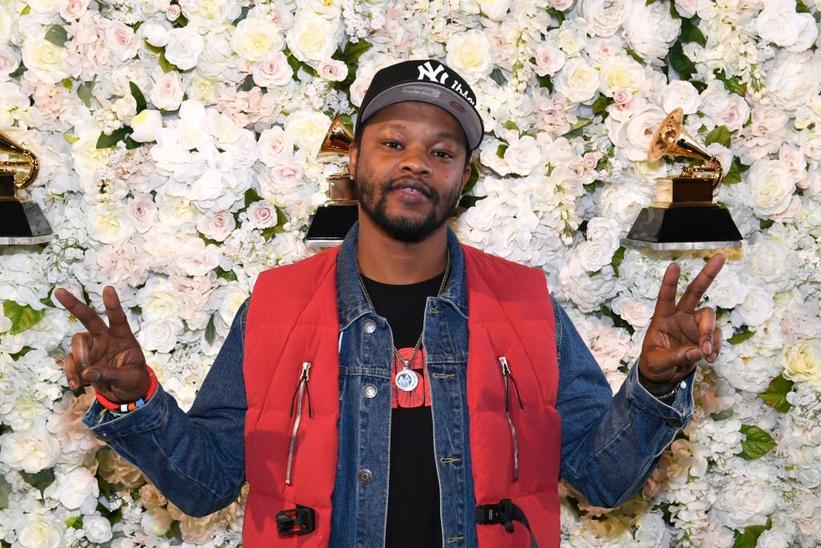 The night before Music's Biggest Night, before anyone had a golden gramophone in their hand, artists from all genres enthusiastically gathered to celebrate and collect, among other gifts, their medallions—one way to recognize their GRAMMY nominations.

Los Angeles' elegant Wilshire Ebell Theatre was full of gleeful nominees on Saturday, Jan. 25. Nominees in categories from American Roots to Metal chatted with each other as a house band played jazz tunes and they enjoyed gourmet dishes. The GRAMMY Nominee Reception is one of the last parties of week-long events before the Sunday telecast. At the nominee reception, artists can document their nom with a photo.

Among them were La Energia Norteña, whose album Poco A Poco is nominated for Best Regional Mexican Music Album. The norteño group from Dallas has two Latin GRAMMY nominations but earned their first GRAMMY nom last year.

"It's very exciting, it's a dream come true," band member Adrian Zamarripa told the Recording Academy. "It's our first time here so it's unbelievable, really." Their album, he said, was "a great team effort" and so the whole band came along to "get the whole experience." He added: "It's so great to be here."

Metal band I Prevail was just as excited to be experiencing their first GRAMMY nominee reception. The first-time GRAMMY-nominated band collected their medallions and gathered outside of the medallion room to open their boxes at the same time. On Sunday, Jan. 26 the band will be up for Best Metal Performance and Best Rock Album.

The result of their nominations was still too far in the future. For now, the band was just excited to be holding their medallions. "We just got our GRAMMY metals," guitarist Dylan Bowman said. "[It's] pretty surreal, I mean a year ago we put out our brand new album, Trauma, and we didn't think it would take us this far, but we're just so happy and grateful to be here."

Best New Artist Nominees Tank And The Bangas were in the house too and lead singer Tarriona "Tank" Ball was still feeling the high from the nomination. "I feel so honored to be a part of this amazing week," she said. Ball came to the reception with a mission. "I'm here because I want to pick up the free gifts," she added laughing.

Though not as fresh as first-time nominees, GRAMMY vets were just as excited to be there. Nine-time nominee Northern Cree's Penny McGilvery still feels enthusiastic about the whole process."The people, the atmosphere. It's exciting," she said.

GRAMMY-nominated R&B singer/songwriter BJ The Chicago Kid agrees with McGilvery. "I love meeting a lot of artists that I never got to meet as well. Taking the photo, the whole process of being honored and being acknowledged by the highest musical accolade possible," he said. "It's really cool." He mentioned the medallions, of which he owns six, always go to his mom. The GRAMMY-nominated singer said he was looking forward to one thing Sunday: "I'm excited to find out what's in the envelope."

Tune in to the 62nd Annual GRAMMY Awards Jan. 26 on CBS to find out who takes home the golden gramophone.