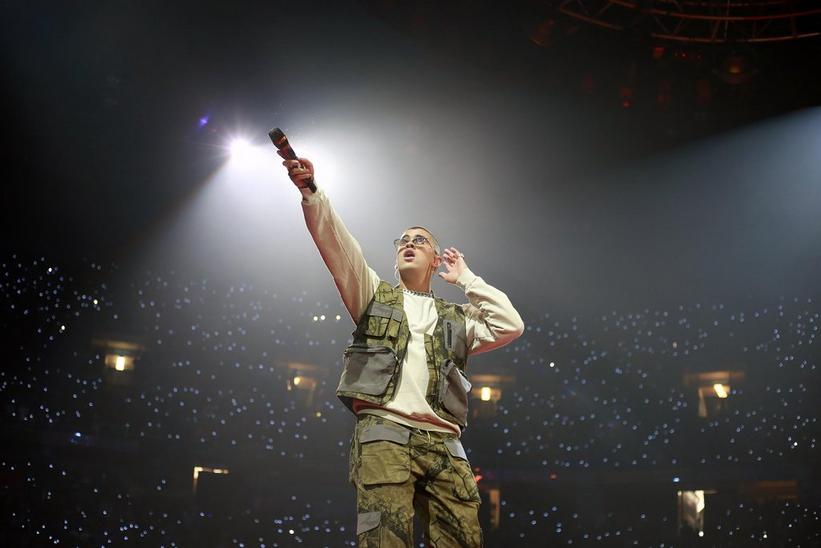 Bad Bunny: "If I Have The Chance To Say Something, I Will Say It"

Latin trap star Bad Bunny is well into his X100PRE Tour, but a GQ story published Wednesday, March 20 finds him in Puerto Rico immediately prior to bringing his Spanish-language hits across the U.S.

Throughout the interview, Bad Bunny, born Benito Antonio Martinez Ocasio, gets into how he hoped his fans would receive the genre eclecticism on his debut album and reminisces about how people saw his bold, eye-catching style when he was coming up.

"When I arrived, at first a lot of people were like, ‘This kid is different,’ ” he tells writer Isabelia Herrera. He also gets deeper into the part of his identity expression that challenges gender norms, including his love of manicures and coin-sized golden hoop earrings. Puerto Rico, where he is from, is not exempt from experiencing machismo culture. It's to the point where he risks making a huge statement, even if he only slightly challenges gender norms.

RELATED: How Bad Bunny Is Putting Latin Trap On The Map

Beyond identity, Bad Bunny also talks about the responsibility he feels to use his platform to bring awareness to the socio-economic issues happening in Puerto Rico.

"Three years ago, I was a citizen like anyone else, and I felt the country's problems just like anyone else," he says. “When the gas prices would go up, I'd scream about it like anyone else; when they'd raise the [expressway] tolls, I'd yell, too. I was broke enough that I depended on scholarships to be able to study. I see the problems up close, and they affect me just the same, because these are people I love.”

But he understands his limits. He continues: "If I have the chance to say something, I will say it—but that doesn't obligate me to always say something, or to shed light on every problem, as if I were a lawmaker."

Read the whole profile on GQ.