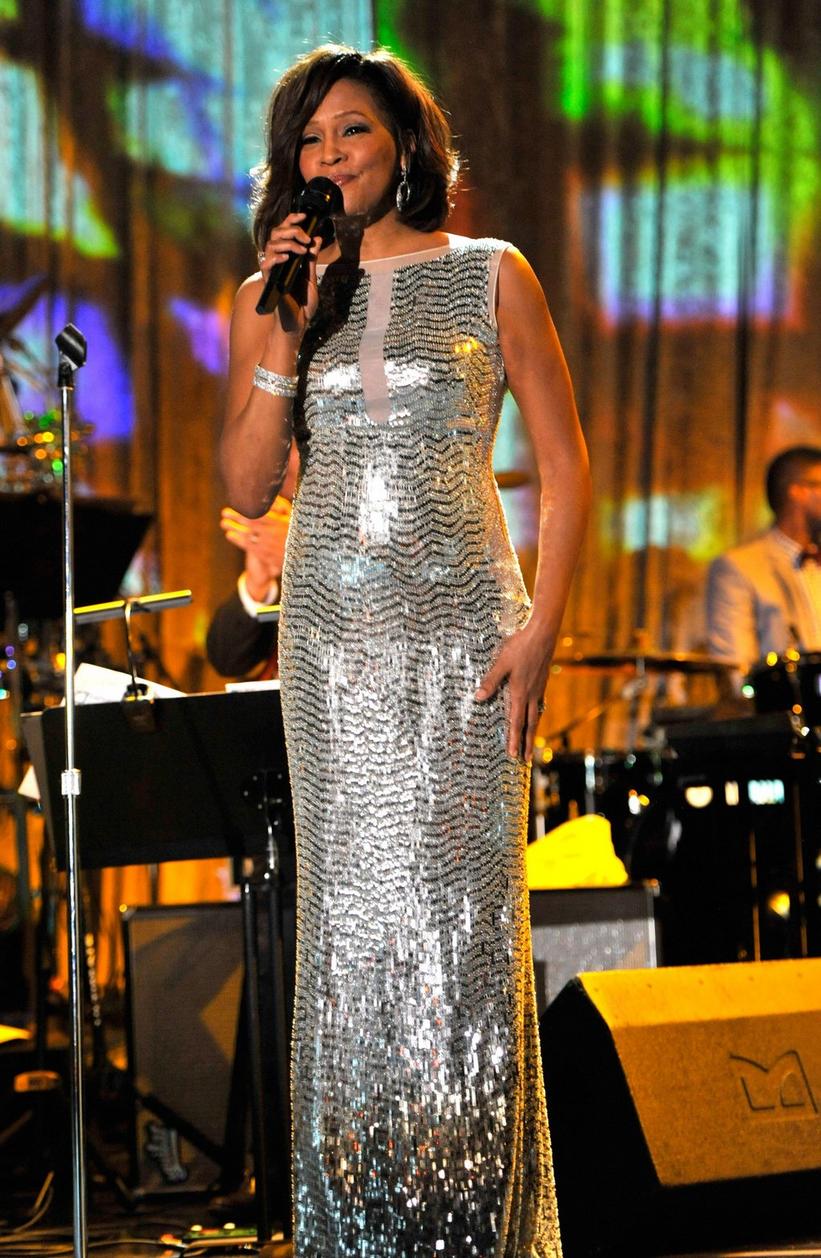 GRAMMY winner Whitney Houston shook the world with her powerful voice and music for years, beginning with her self-titled debut in 1985. Now an exhibit is bringing her legacy to her hometown of Newark.

Whitney! at the GRAMMY Museum Experience Prudential Center  gives fans an intimate look into her life through "a collection of diverse artifacts, rare photographs and footage from the private collection of the Houston Family," including several of her stunning costumes, awards and personal mementos, including scrapbooks. Houston broke several records during her musical career, and continues to receive accolades and honors since her death in 2012.

The powerhouse singer made a stir as soon as she entered the music scene in 1985, with her debut Whitney Houston—and several its singles—topping the charts and earning the star her first three GRAMMY nominations. At the 28th GRAMMY Awards the album was nominated for Album of the Year and she took home her first win for Best Pop Vocal Performance for "Saving All My Love For You," one of the album's three No. 1 singles. Her sophomore album, Whitney, debuted at No. 1 on the Billboard 200, making her the first ever female artists to do so.

During her illustrious career she would take home six GRAMMY wins, including for Album of the Year for The Bodyguard Original Soundtrack and Record of the Year for "I Will Always Love You" at the 36th GRAMMY Awards. Whitney Houston was inducted into the GRAMMY Hall of Fame in 2013 and "I Will Always Love You" was in 2018, recognizing them as "recordings of lasting qualitative or historical significance that are at least 25 years old."

The Whitney! exhibit is curated by the GRAMMY Museum L.A. Live, where the original museum site is located in downtown Los Angeles, with support from the Estate of Whitney Houston. Visitors can watch and revisit Houston's amazing performances and also hear from other artists on how she impacted their lives and careers, with exclusive interviews.

The exhibit launched on the one year anniversary of the GRAMMY Museum Experience opening its doors. A Whitney! exhibit was on view at the GRAMMY Museum L.A. back in 2012-2013, and thanks to the museum location opening in Newark, the GRAMMY Museum can honor and celebrate the star in her hometown. The GRAMMY Experience brings music history and culture through interactive exhibits to music lovers on the East Coast and celebrates local New Jersey legends including Houston, as well as fellow GRAMMY-winning icons Bruce Springsteen and Frank Sinatra.

Whitney! will be on view at GRAMMY Museum Experience Prudential Center until June 2019, please visit their website for info tickets, hours and more.