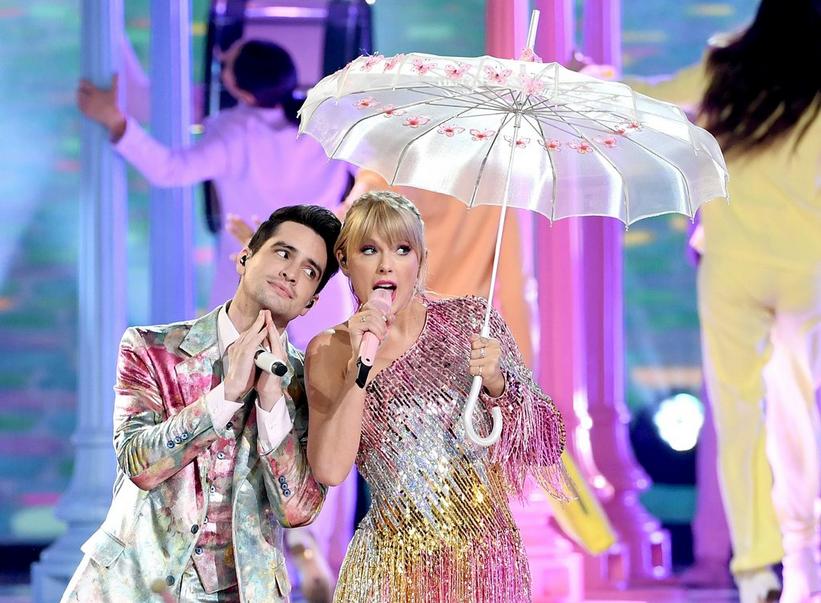 Swift released the track last Fri., April 26, along with a playful candy-colored visual, which she co-directed with fellow GRAMMY winner David Meyers

GRAMMY-winning pop star Taylor Swift has broken yet another record. Her music video for "ME!," which features Panic! At The Disco's Brendon Urie, now holds Vevo's record as the fastest video to reach the 100 million views.

Via a press release, Vevo revealed the visual hit the 100 million mark in just 79 hours following its release on Fri., April 26. The video replaces Ariana Grande's "thank u, next," which hit the mark in just under four days, following its Nov. 30, 2018 release. Vevo notes that Swift's own "Look What You Made Me Do" previously held the No. 1 spot, following its 2017 release.

"ME!" also broke Vevo's record for the most views in the first 24 hours, hitting 65.2 million views at that point. That number (all Vevo videos are hosted on now YouTube) also gave Swift the No. 1 spot on YouTube held by a solo artist and a female artist. At the time of this writing, 6 days after its release, the video has earned over 126.9 views.

The candy-colored video has had the Swifties buzzing with excitement, not just for its joy-filled scenes but for all the fun surprises and Easter eggs she hid throughout. Not only is the adorable kitten that Urie gives her in the video now her newest family member, she also hid the otherwise-yet-to-be-revealed name of the album and second single in the video, which she clued fans into the following day on Twitter.

It was directed by Swift and GRAMMY winning video director Dave Meyers, who is known for his stunning music videos, including Travis Scott and Drake's "Sicko Mode," Grande's "God is a woman" and Kendrick Lamar's "HUMBLE.;" which earned them both a GRAMMY for Best Music Video at the 60th GRAMMY Awards.

"Taylor has consistently demonstrated the ability to break records on Vevo. She continues to expand upon a deep history of incredibly striking audio-visual work. Likewise, director Dave Meyers continues a storied career as one of the premier music video directors in our industry. On behalf of the Vevo family, we congratulate Taylor Swift & Republic Records on yet another historic accomplishment," JP Evangelista, SVP of Content, Programing & Marketing at Vevo wrote in the press release.

Swift co-wrote the song with Urie—her first time collaborating with him—and GRAMMY-winning songwriter Joel Little, who earned a win at the 56th GRAMMY Awards for his co-write on Lorde's breakout hit "Royals."

"'ME!' is a song about embracing your individuality, and really celebrating it, and owning it. With a pop song we have the ability to get a melody stuck in people's heads and I just want it to be one that makes them feel better about themselves," Swift said in a recent interview.