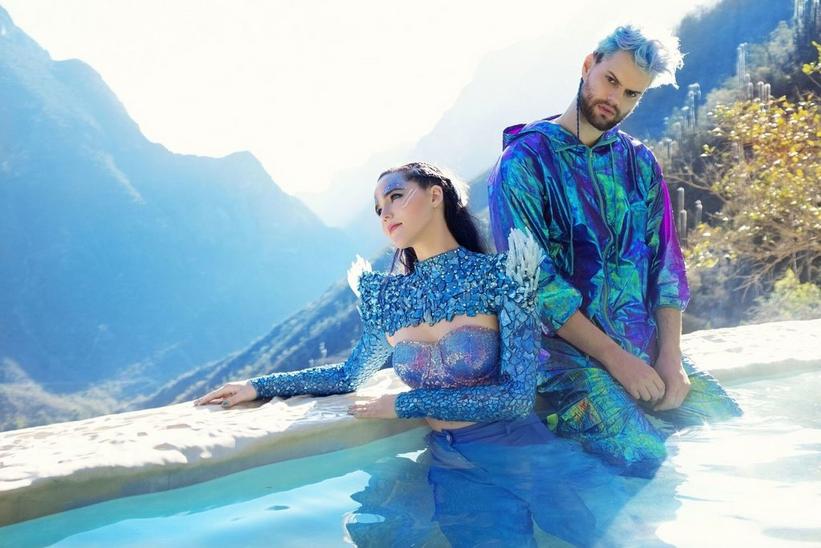 "Sophie Hawley-Weld and Tucker Halpern are on 'a mission to kill shame one loose dance party at a time,' and are planning an entirely new show that will follow the release of a new body of work this Fall," a press release says

GRAMMY-nominated dance duo SOFI TUKKER have announced the R.I.P. Shame World Tour, where they'll bring their bright, dynamic live performance across North America and Europe along with "a mission to kill shame one loose dance party at a time," according to a press release.

Less than a month after Sophie Hawley-Weld and Tucker Halpern wrap up what is set to be a busy summer filled with music festival appearances and DJ sets across the globe, the dynamic duo will kick off the North American leg of R.I.P. Shame in Calgary, Alberta on Oct. 2. They have 13 more new dates slated for this side of the globe, including stops in Oakland, Calif., their current hometown Los Angeles, Austin, Texas and New Orleans. The tour concludes in the band's hometown of Brooklyn, N.Y. on Oct. 24.

SOFI TUKKER will also be performing at Corona Capital Mexico City fest on Nov. 16, before they make their way over to the other side of the country for the European leg of the booty-shaking trek. With 13 Fall dates slated in Europe, they begin in Dublin on Nov. 20 and wrap up in Brussels on Dec. 10.

The press release explains that not only can fans expect a completely revamped live performance, but new music as well: "[They] are planning an entirely new show that will follow the release of a new body of work this fall."

Additionally, the band will continue their partnership with Arcade Fire-founded non-profit organization PLUS1, meaning that $1 from every ticket purchased goes to social good, in this case to "support mental health initiatives." HeadCount will also be returning to their U.S. shows to help get fans registered to vote.

A few weeks ago, SOFI TUKKER dropped their latest single, "Playa Grande," a joyful collab with Bomba Estéreo and one of several fire tracks following their GRAMMY-nominated album, 2018's Treehouse. Along with the tour announcement, they shared a chilled "Playa Grande" remix by Brooklyn-based DJ/producer Uproot Andy.

Tickets for all tour dates go on sale this Fri., June 21, with a North American pre-sale currently taking place; more info can be found on their website.