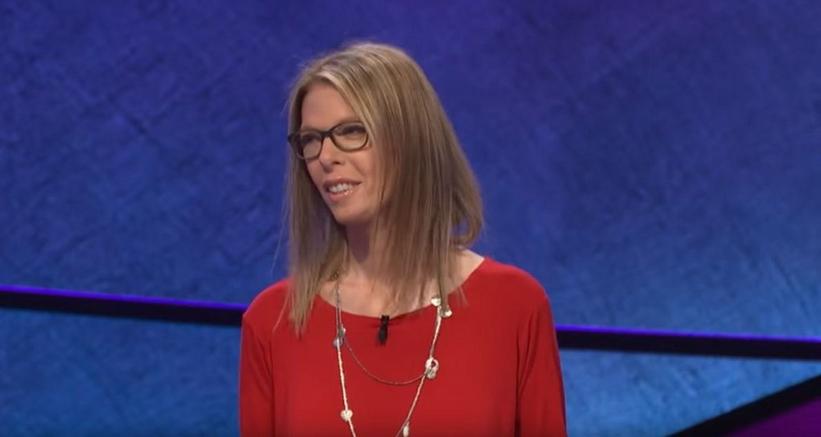 "I think there's more to me, and I wanted people to get to know my more fun, quirky side," Fuchs shared

Jackie Fuchs' journey is nothing short of silver-screen worthy, from being plucked out of college when she was just 16 to join the volatile rock group the Runaways (as Jackie Fox) to becoming a lawyer and trying her luck on several TV game shows.

As of today, Dec. 20, she is the current reigning champion of "Jeopardy," having won the last four nights of the show. She recently talked about her journey, and how finally speaking up in 2015 about a sexual assault case from her time in the Runaways helped prepare her to be ready to be in the public eye again.

In an interview with Pitchfork about her current "Jeopardy" winning streak, Fuchs shared that she had actually been on several other game shows over the years (she was "really bummed" to leave "Who Wants To Be A Millionaire" in 2013 without a big win), and signed up for "Jeopardy" for a chance at "redemption."

She also explained why it was important to her to not lean into her role on the show as a former member of the Runaways:

"I told the producers that I wouldn't talk about it unless I made it to day three, because I don't want that to be just who I am, you know? I think there's more to me, and I wanted people to get to know my more fun, quirky side," she said. "But I had to talk about it because we have some really great fans and I thought it would be nice to acknowledge them in that way."

She also shared that working as a lawyer didn't help her feel prepared for being on camera and in front of a live audience. Instead, she found peace by speaking out against an alleged assaulter in 2015. "Once you can talk about that on camera, an audience isn't going to faze you," she told Pitchfork.

Jackie's like a box of chocolates. You never know what you're going to get! pic.twitter.com/QiJqn47aFY

She also revealed that she isn't quite sure what's up next for her, other than another chance to win at "Jeopardy" tonight (good luck!) and exploring the simple joys in life:

"I'm just trying to figure out what act three is. I work for my clients and try to do a great job for them. I think I'm just trying to be the teenager that I probably would have been if I hadn't joined a band. I'm doing trivia, I'm playing board games, and I'm kind of just enjoying life!"