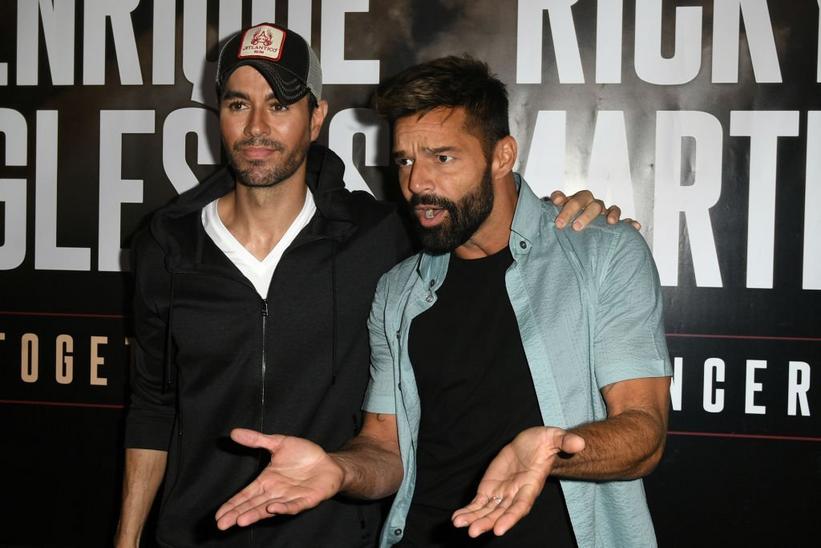 The GRAMMY winners will launch the historic tour on Sept. 5 in Phoenix and will stop in more than 20 cities, including Los Angeles, Toronto, Miami, Houston and New York.

Martin and Iglesias have been friends since the start of Igelsias' career and have thought about going on the road together for some time.

"We always spoke and we always stayed in contact and we thought that this would happen at some point," Iglesias said at a joint press conference in West Hollywood, Calif. "We didn't know exactly when, and I think we are in that point in our lives and our careers. We're going to have fun."

Martin said the two, who have each amassed several awards and number one hits, will go down memory lane and bring audiences together.

The tour marks the first time Martin, who is currently on his Movimiento tour, has ever toured with another artist. Iglesias, who launched his career in the mid-'90s (shortly after Martin had established himself as a boy band member-turned-soloist), says he knows he will learn a lot from the "La Mordidita" singer.

"I'm going to sit back watch and learn," he said.

The tour is still in its production stages so Martin and Iglesias did not have much to share about what fans can expect, but they could confirm that it would include new music and even teased a possible duet. (Iglesias is working on the follow-up to 2014's Sex And Love, which will be released later this year, and Martin says he likes to "improvise a lot" in his live shows.)

Martin said they would be joined by incredible musicians on tour and that fans should get ready to enjoy themselves: "Get ready to have a good time and just forget about all the issues."

The two superstars will have GRAMMY-nominated Colombian star Sebastian Yatra on tour with them. Yatra, who was also at the press conference and will release a song with Martin soon, said they are his biggest idols and visualized a moment like this for a long time.