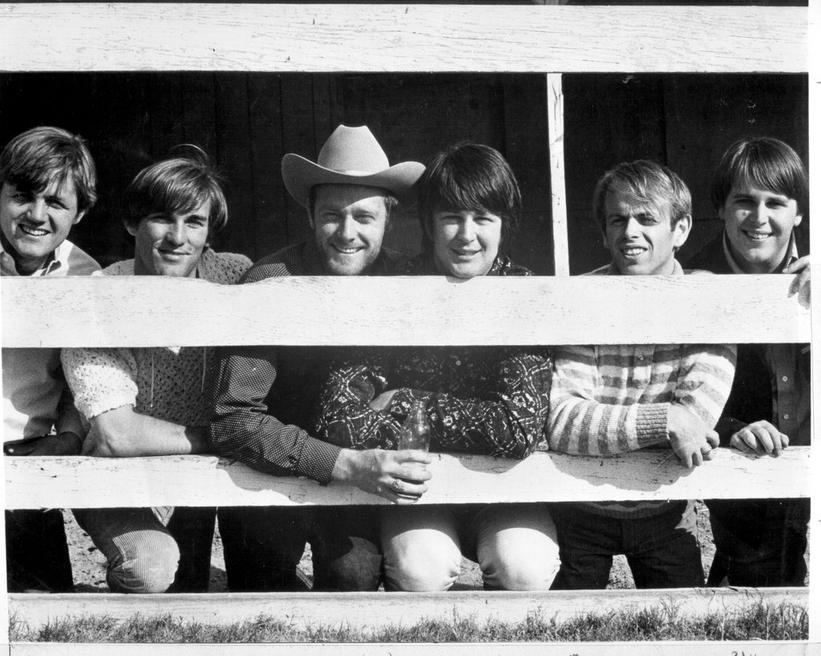 Remembering The Beach Boys' Pet Sounds': For The Record

If there's one band that could encapsulate the sound of summer it would be the aptly named Beach Boys. Since their inception in 1961, the GRAMMY-winning California band has taken us straight to the source of sun, sand and surfing with a string of hit albums. But with their 11th studio album, 1966's masterpiece Pet Songs, masterminded largely by Brian Wilson, the band created a new, more complex soundscape that cemented their place in music history.

The story goes that Wilson had crafted much of what would become Pet Sounds by the time the rest of the band — comprising at the time vocalist Al Jardine, vocalist Bruce Johnston, vocalist/co-writer Mike Love, guitarist/vocalist Carl Wilson, and drummer/vocalist Dennis Wilson — returned from a tour of Japan and Hawaii.

The album's musical and lyrical direction marked a departure from the surf rock the Beach Boys had been known for, but Brian Wilson was adamant about the evolving direction of the band's sound, which included many orchestral instruments and unconventional sound effects using bicycle bells, Coca-Cola cans and barking dogs.

"The result was autobiographical, but it wasn't Wilson's autobiography," writes Liel Leibovitz about Wilson's masterpiece. "[It's] a collective autobiography of everything we all feel when we wake up in the morning and are moved by the mystery of how impossible it is, how inevitable, and how stupidly joyful just to try and reach out to another human being."

"A lot of love went into Pet Sounds. And people pick up on that too, and they really like it 'cause they feel the love." Brian performs the classic album tonight at the Mayo Performing Arts Center in Morristown, NJ. Look for a show coming near you! brianwilson.com/tour #petsounds #love #1966

Commercially, however, the album initially didn't reach the same heights as previous efforts. It peaked at No. 10 on the Billboard 200 while popular tracks "Wouldn't It Be Nice," "God Only Knows" and "Caroline, No" achieved chart success in the U.S. and abroad. But as the rest of the world caught up with the genius of the album, it's now earned triple platinum sales status with the RIAA and is hailed as one of the best pop albums of all time.

Accordingly, Pet Sounds was inducted into the GRAMMY Hall Of Fame in 1998. In 2001 the Beach Boys were also honored with the Recording Academy's Lifetime Achievement Award for the indelible mark they have made on the music industry.