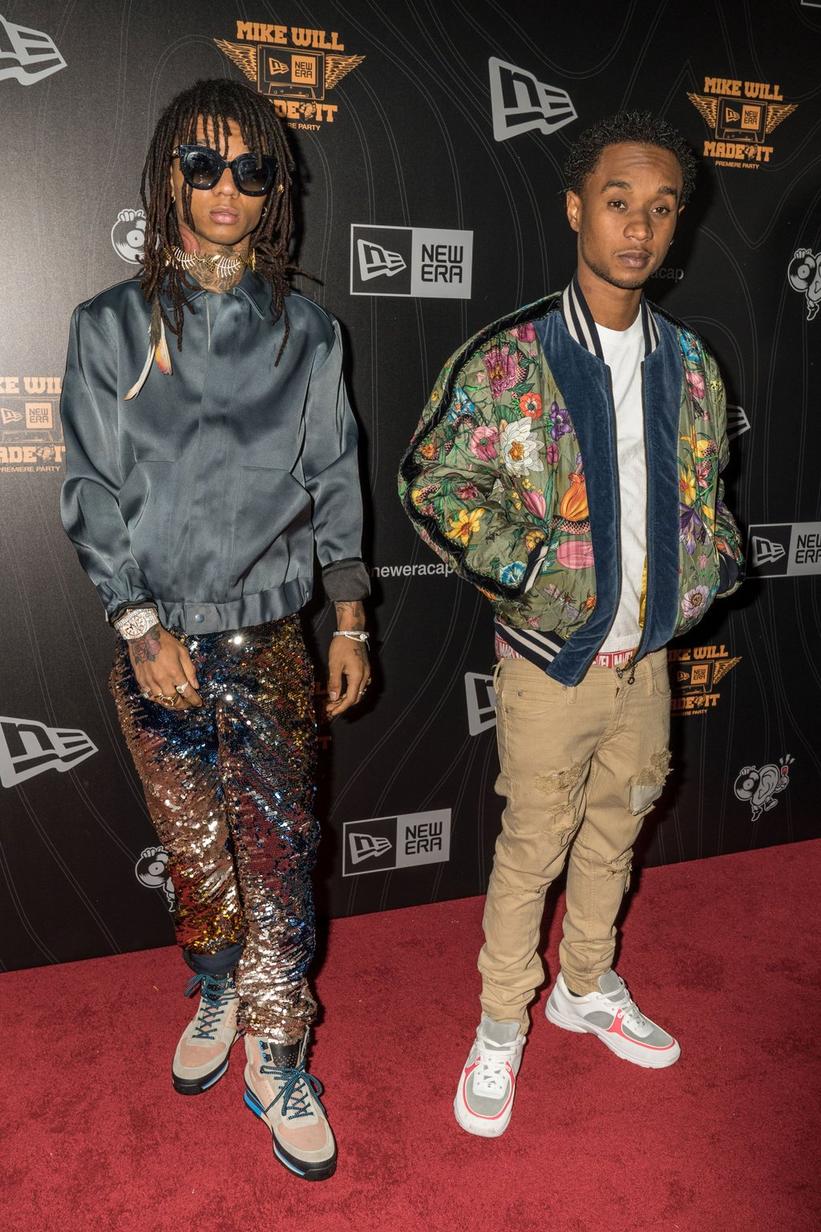 On May 4, Rae Sremmurd will drop their third album with a little something extra. The triple album, SR3MM, includes solo efforts JXMTRO by Slim Jxmmi and SWAECATION by Swae Lee as well as guest appearances across the three albums from the likes of The Weeknd, Future, Travis Scott, Juicy J, Young Thug, and Pharrell Williams.

While several songs from the project have already been unleashed, including "CLOSE" featuring Scott, "Powerglide" with Juicy J, and "Chanel," which comes from JXMTRO and features Williams and Lee, the news of The Weeknd, Future, and Young Thug gives fans a lot to look forward to tomorrow.

The duo explained the differences between their solo albums to Rolling Stone, with Lee saying, "My side is crazy melodic," and Jxmmi revealing he wasn't as comfortable singing as his brother, so he "came out spraying" for his solo effort.

Rae Sremmurd will hit the road later this year, opening the first 14 dates of GRAMMY winner Childish Gambino's fall tour starting Sept. 6 in Atlanta. A full list of dates, including a handful of summer appearances is available at Rae Sremmurd's website.