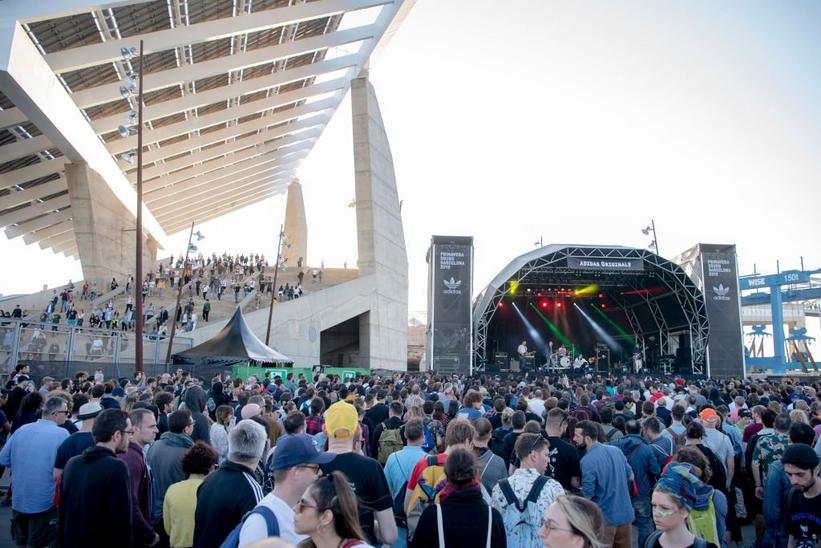 The 20th edition of the eclectic music and arts festival, originally scheduled for June 2020, was initially postponed until August but will now be taking place June 2-6, 2021

Today, May 11, Primavera Sound announced the 20th anniversary edition of their flagship Barcelona music and arts festival will be postponed until June 2021. The legendary fest was originally scheduled for June 3-7, 2020 and then, in late March, postponed until Aug. 26-30 due to coronavirus concerns. Now, after continuing to consult with Spanish health officials and the increasing uncertainty of festivals being able to be safely held anywhere this year, Primavera is citing force majeure.

The upcoming Primavera Sound Barcelona will now be taking place June 2-6, 2021—all previously purchased tickets will be valid for the new dates, as well as be eligible for refunds. The organizers will begin to reveal lineup updates on June 3.

In a message shared on their social channels (read it in full above) today in Spanish, English and Catalan, the fest wrote: "Primavera Sound announces the most difficult decision in its history: finally we will not be able celebrate the 20th anniversary during 2020. In the face of the evolution of the COVID-19 health crisis, we find ourselves obliged to postpone the next edition of Primavera Sound Barcelona, for reasons of force majeure, until next year: from 2nd to 6th June 2021.

We are devastated and are terribly sorry for the inconvenience caused, but the health and well-being of our audience and of all the people involved in the festival has always been and still is our absolute priority. We cannot thank you enough for your patience, love and understanding in this very uncertain scenario. We will never forget this."

They also note that ticketholders who keep their tickets for the new 2021 dates will receive "special benefits." Tickets will alternatively can be refunded, beginning June 3—everyone who has bought tickets will be emailed with more details soon. The first round of lineup updates will also be revealed on June 3, as the fest works with artists to confirm availability for the new dates.

"On that same day [June 3] we will announce the first artists for Primavera Sound Barcelona 2021, whose lineup will still celebrate the 20th anniversary of the festival embracing the #bestfestivalforever philosophy thanks to the great commitment and effort of the artists themselves, who have also been greatly affected by the current situation and who will do everything possible not to miss this event. It doesn't matter when it is: this will be our anniversary party and we want to celebrate it with everyone who was going to come this year," the announcement on their website added.

To Watch: Phosphorescent, Built To Spill, Sierra Hull & More On This Week's Pickathon's A Concert A Day Benefiting MusiCares

"Until then, please take good care of each other and follow the advice of the authorities at all times. The festival team continues to work intensively in order to be able to celebrate something more than just Primavera Sound's 20th anniversary: seeing each other again, and dancing together again."

Primavera Pro, their music professionals meeting will still be held this year, although completely online. More details will be announced soon, but it will be taking place on July 21-24, "with the aim of analyzing, reflecting and debating about the innumerable challenges facing the sector in this new paradigm."

Last week, on May 7, Primavera announced the special Iron Maiden "Legacy of the Beast" show they were throwing in Barcelona would be postponed until June 19, 2021. On May 8, Sónar, another major Barcelona summer music festival, revealed their 2020 event will now be taking place in 2021 as well.