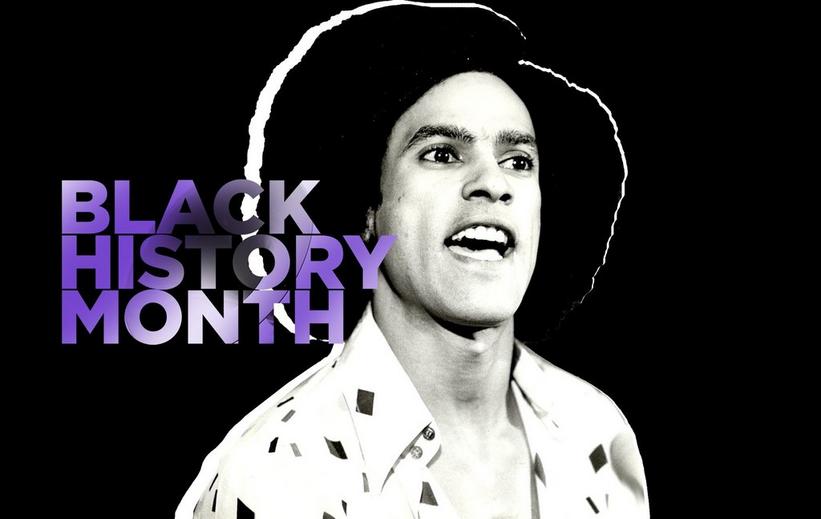 Pride & Music: The Soundtrack For The Black Panther Party

More than a half-century later, the powerful influence of the Black Panther Party still resonates through music

Music has played an integral role in communicating the message of the black power movement, specifically the works of the Black Panther Party.

Just two years after the signing of the Civil Rights Act, in 1966 Huey P. Newton and Bobby Seale founded the Black Panther Party in Oakland, Calif., to enforce the end of discrimination against blacks and to advocate for better jobs, education, housing, and treatment from police.

One of the most influential ways musicians helped the cause was by writing melodic, sing-along songs about the movement that were affirming to black power supporters while also making the message more palatable for music fans who may have shunned Newton and Seale's rhetoric for being too extreme.

Just a glimpse of James Brown's impact in spreading the pride of black power can be witnessed during his 1969 appearance on Hugh Hefner's "Playboy After Dark" television series. The Godfather of Soul is cheerfully embraced by the mostly white audience that claps and bobs to the music as he sings the repetitive in-your-face, pro-black chorus, "Say it loud, I'm black and I'm proud!" Even though only one woman is captured in the footage actually singing along to the very easy to follow call-and-response lyrics, there is no denying Brown's influence in sharing the movement's sentiments to the masses via this Top 10 pop hit.


Brown was just one of many soul artists who used their platform to create Black Panther Party-influenced protest songs during the 1960s and beyond. Nina Simone, who already had a long history of singing about the need for social change, joined the movement by taking an even stronger stance for the issues.

Author Rickey Vincent highlighted Simone's musical shift in Party Music, his 2013 book about the music of the Black Panther Party.

"As an entertainer, the classically trained prodigy had established herself as a musical tour de force as she played concert halls from her native North Carolina to Paris in the early 1960s,” he wrote about the "Mississippi Goddam" singer, who received a posthumous Recording Academy Lifetime Achievement Award in 2017. "However, as events in the civil rights movement compelled a reorganization of her views, she developed a protest music repertoire and produced piercing commentary on the changes evolving at the time. In her concerts she openly defied and challenged her predominantly white audiences, often claiming from the stage, 'This next song is only for the black people that are here.'"

"[Black power music was] an unbelievable soundtrack to our state of existence." — Chuck D

Brown and the Lumpen sang powerful messages like "Until We're Free" and "Free Bobby Now," respectively. Music wasn't their only role in the organization. Brown also served as the chair of the party from 1974 to 1977 and the members of Lumpen maintained regular party duties when they were not performing for a Panther event.


The Last Prophets formed in 1968 and influenced Gil Scott-Heron with their political, spoken word that would serve as the precursors to hip-hop. Scott-Heron's pivotal "The Revolution Will Not Be Televised" song (GRAMMY Hall Of Fame, 2014) was released in 1970. His works have been sampled by hip-hop's biggest stars, including Kendrick Lamar, Drake, Kanye West, Nas, and numerous others.

Chuck D, frontman for the politically charged hip-hop group Public Enemy who debuted in 1987, cites Scott-Heron among his list of influences that also include the pro-black works of Mayfield, Brown, Sly And The Family Stone, Parliament Funkadelic, the Staple Singers, and Aretha Franklin.

"The music that we all grew up on was on the radio and radio DJs had to play the music that the people wanted," he says. "So the radio stations had to abide by that or be considered out," adding that the era of black power music was "an unbelievable soundtrack to our state of existence."

The Black Panther Party influences were certainly felt in Public Enemy's image and music. Instead of having background dancers a la other hip-hop acts, Chuck D & Co. were backed on stage by the S1W (Security Of The First World), who wore all black with berets or camouflage fatigues.

"It was a combination of how the Panther Party had their gear and also how the nation of Islam had their drills," Chuck D explains.

Public Enemy's anthems like "Fight The Power" and "By The Time I Get To Arizona" demanded equal rights for blacks, and the latter helped the Martin Luther Jr. holiday get reinstated in Arizona in 1992.

The Black Panther Party had a personal impact on Chuck D as well.

Outside of soul music, the Black Panther Party's reach extended to rock. The Grateful Dead and Santana played party benefit concerts. Frank Zappa and folk acts Crosby, Stills & Nash and Bob Dylan were among artists who also sang about the movement. While Dylan's 1971 song "George Jackson" told the story of the Panther leader who was shot and killed while serving time in San Quentin Prison, it was his pre-Black Panther Party song "Ballad Of A Thin Man" that caught the attention of Newton, who is photographed holding the album cover of Dylan's 1965 album, Highway 61 Revisited, on which the song appears.


According to Seale, Newton repeatedly replayed the song as they worked on the first edition of The Black Panther newspaper. In his 1996 book, Seize The Time: The Story Of The Black Panther Party And Huey P. Newton, Seale recalled Newton's interpretation of "Ballad Of A Thin Man," saying that he believed Dylan used a circus freak as a metaphor for an impoverished black man, who serves as entertainment for the middle and upper-class white people. Newton stressed that the spectators were, in fact, the real freaks and felt strongly that the song was "saying a hell of a lot about society."

As the Black Panther Party approaches its 52nd anniversary this October, the legacy continues to live on through music. Beyoncé made headlines at the 60th GRAMMY Awards in January for her Black Panther-inspired ensemble, a long, sleek black dress topped off with a hat that resembled, a flatted, oversized beret. In 2016 the "Formation" singer celebrated the 50th anniversary of the Black Panther Party when she performed during Bruno Mars' Super Bowl set with a sea of background dancers wearing all black and berets over their afros.

When Chuck D was asked if he felt Public Enemy's work had achieved significance because the group managed to stay true to their sometimes controversial pro-black message and still managed to become one of the first hip-hop groups inducted into the Rock and Roll Hall of Fame, his reply was quick and poignant.

"Well, honestly, it's insignificant if we don't do s* with it."

(Billy Johnson Jr. is a Los Angeles-based freelance music journalist, content producer and former senior editor for Yahoo Music. You can follow him on Twitter at @BillyJohnsonJr.)