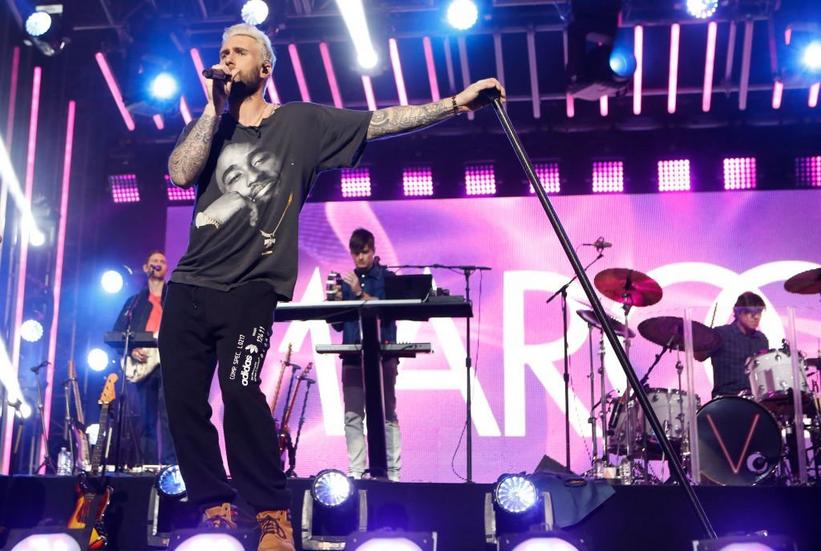 The 2005 Best New Artist GRAMMY winners' most recent release is "Memories," which they dropped on Sept. 20

After the septet wrap up a handful of shows across Latin America in February and March, they will kick of the newly announced trek on May 30, 2020 in Chula Vista, Calif. and play huge venues across the continent until Sept. 17, where they'll close things out in Tampa, Fla.

According to a press release, the "upcoming tour dates mark the biggest U.S. shows of the band's career," as they are slated to play to massive stadiums and amphitheaters, including Austin, Texas' Austin360 Amphitheater on June 7, Chicago's Wrigley Field on June 13 and Boston's Fenway Park on June 24. Trainor will be joining the band on all tour dates, while Bridges will offer additional support for all of the stadium shows.

Tickets for the tour go on sale next Friday, Dec. 13, via Live Nation, with pre-sales beginning Dec. 9. More info and complete dates can be found on Maroon5.com.

The pop-rock heavyweights have not yet revealed details about a follow up to 2018's Red Pill Blues, although they did release a new track, "Memories," on Sept. 20. Earlier this year, at the 61st GRAMMYs, the Red Pill Blues single "Girls Like You" received a nod for Best Pop Duo/Group Performance.

Their upcoming tour mate Bridges won his first GRAMMY at the 61st show, for Best Traditional R&B Performance for "Bet Ain't Worth The Hand," from his GRAMMY-nominated 2018 sophomore album, Good Thing. Trainor shares the title of former Best New Artist winner with Maroon 5, as she earned it at the 58th GRAMMY Awards in 2016.

Back at the 47th GRAMMY Awards in 2005, a baby-faced group of rising pop-rockers known as Maroon 5 accepted the GRAMMY for Best New Artist. Adam Levine even gave a heartfelt shout out to fellow 2005 Best New Artist Nominee Kanye West during his speech: "Kanye West, I want to thank you for being unbelievable."

That year they were also nominated for Best Pop Performance By A Duo Or Group With Vocal for their breakout hit, "She Will Be Loved." The next year, at the 48th GRAMMYs, they won in that category with "This Love," another Songs About Jane hit.