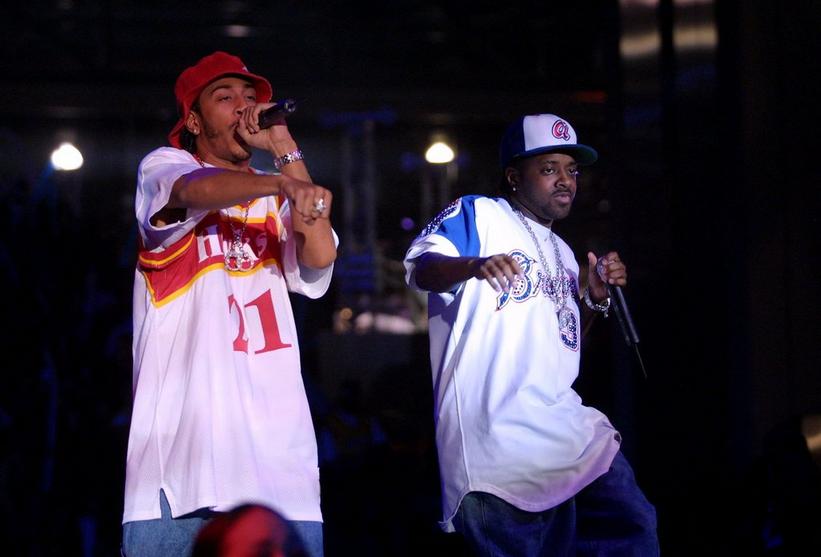 Looking Back On Classic Songs Blessed By Jermaine Dupri

As the GRAMMY Museum celebrates 25 Years of Jermaine Dupri & So So Def, we take a look back on the classics he penned

The multi-talented, GRAMMY-winning music mogul Jermaine Dupri has been making waves in the music world from a young age, beginning with launching Kris Kross into fame when he was just 19 years old. Dupri wrote and produced their debut hit single, "Jump," and has contributed in some capacity to way too many hits to count since his early days.

He is also only the second hip-hop artist (Jay-Z was the first in 2017) inducted into the Songwriters Hall of Fame. On the eve of the opening of the GRAMMY Museum's new exhibit showcasing his contributions to music, we take a trip down memory lane, looking at our favorite songs that Dupri either wrote or co-wrote.

You can't talk about Dupri's beginnings as a writer/producer without mentioning Kris Kross, the duo of 12 year olds he discovered at the mall and signed to his new label. The first song that he wrote and produced for them, "Jump," gave them almost instant fame as it shot to No. 1 on the Billboard Hot 100. The song was nominated for Best Rap Performance By a Duo Or Group at the 35th GRAMMY Awards.

A young Mariah Carey collaborated with Dupri for the first time on her widely successful fifth studio album, Daydream, which he helped produce with legendary R&B artist/producer Babyface. Dupri and Carey co-wrote her now-classic single together, "Always Be My Baby," along with regular Dupri collaborator Manuel Seal, Jr. The single was nominated for Best Female R&B Vocal Performance at the 38th GRAMMY Awards, where she received six nominations in all for the album and its singles.

An up-and-coming Usher worked with Dupri for the first time on his hit sophomore album, My Way. The two co-wrote the classic "You Make Me Wanna" together, along with Seal, Jr. Dupri and Babyface teamed up again, co-producing the track, along with other tracks on the album. Usher received his first GRAMMY nod for the single, which was nominated for Best Male R&B Vocal Performance at the 40th GRAMMY Awards.

Dupri has also released his own music as a rapper, including the early-2000s classic "Welcome to Atlanta" with Ludacris. The song was featured on both artists' sophomore albums, on Dupri's Instructions and on Ludacris' Word of Mouf as a hidden track. Dupri also released a "Coast 2 Coast Remix" version of the song, which brought on P. Diddy, Snoop Dogg and Murphy Lee to spread the love past Luda and Dupri's hometown of Atlanta.

In 2004 Usher and Dupri joined forces again, this time on his hugely popular fourth album, Confessions, which won Best Contemporary R&B Album at the 47th GRAMMY Awards and was also nominated for Album of the Year. That year Usher took home three wins for the album and its singles, as well as wins eight nominations total, including for Best Male R&B Vocal Performance and Best R&B Song for "Burn." We all felt the heat from Usher and Dupri on this winning collaboration.

Dupri teamed up with Carey for her tenth studio album, The Emancipation of Mimi. He again helped produce and write several songs for the album, including one of her other mega-classics "We Belong Together," which they co-wrote along with several others writers. The 48th GRAMMY Awards in 2005 was a huge year for Carey, as she received a total of eight nominations and would take three wins including Best Female R&B Vocal Performance and Best R&B Song for "We Belong Together" and Best Contemporary R&B Album for The Emancipation of Mimi.

To learn more about all of the musical magic Dupri has worked over the years, check out the GRAMMY Museum's new exhibit, Jermaine Dupri & So So Def: 25 Years of Elevating Culture. The celebration kicks off on Sept. 20 with a launch party and conversation with Dupri and friends.