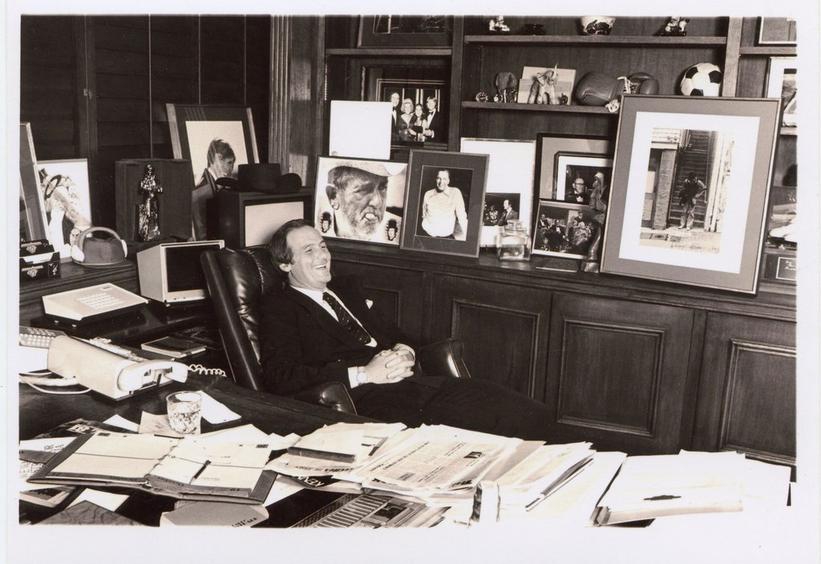 The exhibit honoring the famed artist manager and concert promoter will open on Aug. 15 and run through early Dec. 2019

One of the key players behind the most memorable concert tours of the 1970s, Jerry Weintraub recognized the potential for great artists to play for larger audiences and to create one-of-a-kind events.

Now, the GRAMMY Museum, with support from the Weintraub Family Foundation, is honoring the music industry vet with an exhibit called Jerry Weintraub Presents…

To showcase Weintraub's business acumen, moxie, and sense of showmanship during his decades focusing on artist management and concert promotion, the exhibit will showcase original items from Weintraub's most notable tours, including personalized jackets, tour documents, contracts, and more.

Opening on Aug. 15 and running through early Dec 2019, the exhibit will kick off with Jerry's son, Michael Weintraub, Bob Finkelstein (Former President of Management 3 and Concerts West and Co-Chairman of Frank Sinatra Enterprises), John Meglen (Co-CEO Concerts West), Claire Rothman (General Manager and Vice President of the Forum), Sims Hinds (Tour promoter for John Denver, Neil Diamond, The Eagles and The Beach Boys) and Peter Jackson (Tour Management for The Moody Blues and Eric Clapton) discussing the stories behind the exhibit in a panel moderated by music industry analyst and critic, Bob Lefsetz, at the Clive Davis Theater.

"Jerry was one of the greats, and he had clout," said Diamond, who has previously had his own GRAMMY Museum exhibit. "After I had taken a hiatus from the music business for four years in the early 1970s, he used that clout as a manager and concert promoter to bring me back into the homes and hearts of my audience via concerts and TV specials. He was great at what he did and he gave me the courage to take on new challenges. It's fitting that the GRAMMY Museum is recognizing him in this way."

Peter Grant, Led Zeppelin's longtime manager, once said, "We take this for granted now, but Weintraub's ability to organize these massive concerts made show business history."

Jerry Weintraub Presents… will offer an inside look at how Weintraub, his management company, Management 3 and his partners at Concerts West, forever changed the concert business by taking the presentation of music to a never-before-seen size and scale. Until 1970, the business of presenting concerts was in the hands of regional promoters working in clubs and theaters.

Beginning with Elvis Presley’s 1970 tour, Weintraub's impact on the concert business allowed audiences to experience music in-person on a grander scale. He moved his artists in to large arenas, sports stadiums and other venues never before used for music tours.

"Jerry Weintraub was a prolific force in the music industry, conceptualizing and creating the arena tours and large-scale concerts that we know and take for granted today," said Michael Sticka, GRAMMY Museum Executive Director. "As a music museum, we look to recognize not just the artists, but those working hard behind the scenes to make art accessible to the public. Many thanks to Jane Weintraub and The Weintraub Family Foundation for letting us feature items from this important moment in music history."

GRAMMY Museum Members can RSVP for free tickets starting July 25 at 10:30 a.m. PST, and tickets will go on sale to the general public at www.grammymuseum.org starting July 27 at noon PST.