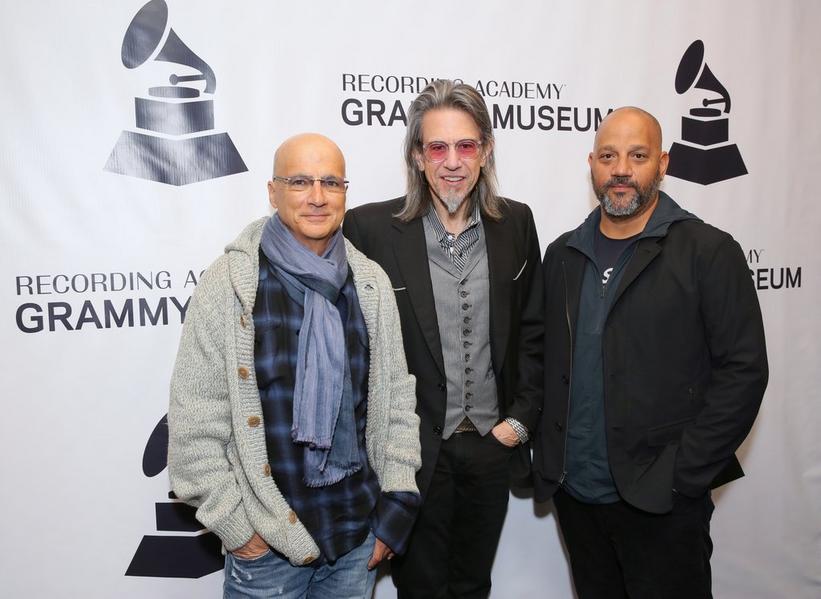 Go Inside GRAMMY-Winning 'The Defiant Ones' Doc | "Required Listening" Podcast

The Defiant Ones had a big day on Sunday, Jan. 28. The compelling HBO documentary earned Best Music Film at the 60th GRAMMY Awards Premiere Ceremony, netting honors for the creative team including video director Allen Hughes.

A must-see for music fans and documentary aficionados alike, The Defiant Ones spotlights music icons Jimmy Iovine and Dr. Dre and how their disparate paths ultimately crossed and formed one of the more unique friendships/partnerships in music history.

Dating back to the '70s, Iovine came to prominence as an engineer, shaping the sounds on classic albums for Bruce Springsteen, Tom Petty And The Heartbreakers, Patti Smith, and Stevie Nicks. In 1990 he co-founded Interscope Records, which morphed into Interscope Geffen A&M after a merger in 1999.

Meanwhile, Dr. Dre rose to prominence from the streets of L.A. as a member of the influential rap group N.W.A. and with his classic solo album, 1992's The Chronic (GRAMMY Hall Of Fame, 2018). He went on to produce albums and steer the careers for rappers such as 2Pac, Snoop Dogg, Eminem, 50 Cent, and Kendrick Lamar.

But what's the real story behind Iovine and Dre's relationship and how The Defiant Ones came to be?

Learn this and much more on the latest episode of "Required Listening," the new music podcast by HowStuffWorks and the GRAMMY Museum in partnership with the Recording Academy.

"What got me about Dre was I didn't know anything about hip-hop. I didn't understand it," said Iovine. "I come out of 20 years of producing rock and roll music. So he and Suge [Knight], who was very talented actually, walked in the room and played me The Chronic. … I said, "This is not like everything else. …Who engineered it?" [Dre] said, "I did." I said, "Who produced it?" He said, "I did." I said, "Holy s*."

The podcast's host, GRAMMY Museum Executive Director Scott Goldman, peppered Hughes with questions about fusing Iovine and Dre's career arcs and weaving it together in a linear story.

"There's stories behind the stories. That was hyper-present in my mind," said Hughes. "We're going from Eazy-E's Jheri curl in the studio to Stevie Nicks so you can't take for granted that the hip-hop crowd is going to hang around for the Tom Petty stuff or Stevie Nicks stuff or that the Stevie Nicks people are going to hang around for the N.W.A. stuff, so I had to figure out this alchemy and that was literally this: the greatest stories win. If grandma don't understand, it's got to go out the film."