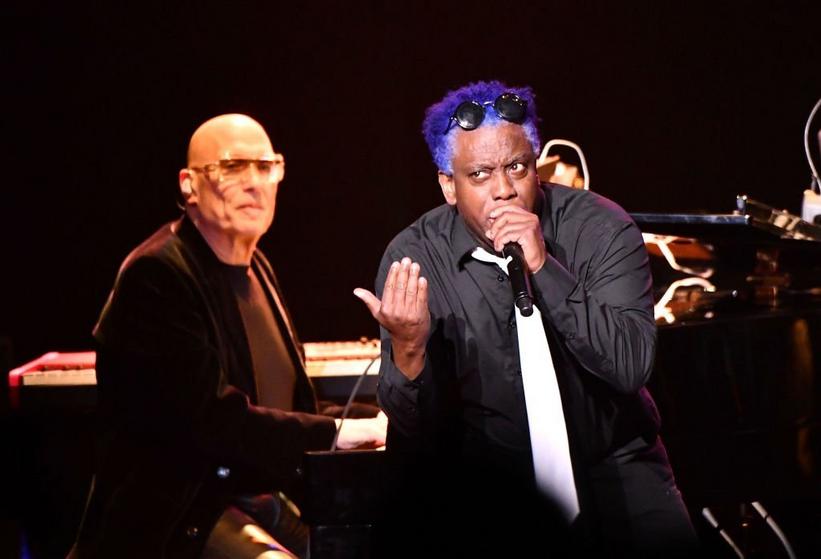 The powerhouse cast of bandmates kick off their trek in San Diego, Calif. on March 3, with shows across the U.S. and Canada until April 11

GRAMMY-winning celestial being David Bowie would've turned 73 last month. Unfortunately, however, the man of many shiny bodysuits left this planet four years ago, two days after turning 69. Yet, luckily for the globe full of Bowie fans, many of his longtime collaborators have kept the rocking spirit of his music alive with the "A Bowie Celebration" tour.

The cast of career musicians, many of whom spent many years touring, recording and working with the "Modern Love" artist, will embark on a 30-date 2020 North American tour. This iteration of "A Bowie Celebration" will include renditions of both Ziggy Stardust And The Spiders From Mars and Diamond Dogs in full.

The trek kicks off in San Diego, Calif. on March 3, with shows across the U.S. and Canada until April 11, for the final date in Ft. Lauderdale, Fla. Most recently, "A Bowie Celebration" toured Europe in January. The tour first began in fall 2018 in California and has not toured North America since March 2019.

At the touring group's core is keyboardist and bandleader Mike Garson, "the longest-standing member of any of Bowie’s bands, having performed with David at over 1,000 concerts," according to a press release. The rotating crew also includes Bowie musical director and guitarist Gerry Leonard, Let's Dance/Serious Moonlight/Glass Spider bassist Carmine Rojas and 1987 Glass Spider World Tour drummer Alan Childs.

Guitarist Kevin Armstrong, who recorded and played with Bowie at Live Aid and on other major projects, also performs with the talented band. "Between them, the alumni band have over 40 years tenure recording, writing and playing live with Bowie," the release notes.

Below, you can watch a rousing rendition of "Rebel Rebel" from the "A Bowie Celebration" crew in London, with Glover on lead vocals.

Tickets are currently on sale for all North American dates; more info here.