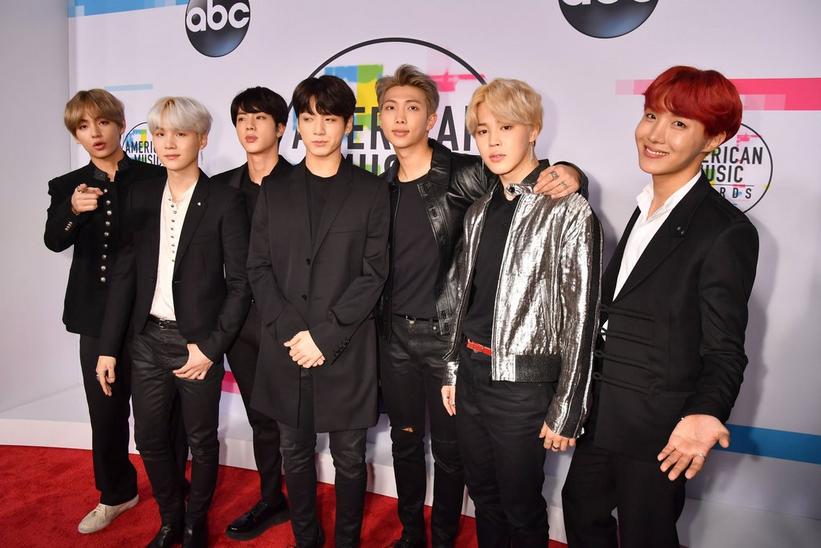 The wait is over for the BTS fans, as their new album Love Yourself: Tear arrives today along with a brand-new music video for "Fake Love." The album is their third LP and the second in the "Love Yourself" series, and the striking video continues the group's ongoing narrative.

Chock-full of symbolic imagery of sand, water, fire, and a flower that won't bloom, "Fake Love" sees the group members alone in solitude in various settings and dancing together with sharp choreography, creating slick mirror and shadow effects. The video is the second from Love Yourself: Tear following V's "Singularity," which dropped less than two weeks ago.

BTS' highly anticipated album features 11 songs, including "Singularity" and "Fake Love," and covers a wide range of sonic spaces and moods, infusing hip-hop, EDM, and alt-R&B elements into the group's carefully crafted pop sound. The songs "Love Maze" and "Magic Shop" are dedicated to the group's fanbase, known as "ARMY," while "The Truth Untold" features Steve Aoki in a raw, stripped-down piano ballad — quite a different approach from the first collaboration between Aoki and BTS, last year's upbeat "Mic Drop" remix.

The Korean pop superstars are currently in the U.S. preparing for appearances at the Billboard Music Awards in Las Vegas on May 20 and on "The Ellen DeGeneres Show" on May 25. BTS will return to the States later this year when they embark on the Love Yourself World Tour where they'll perform in six North American cities including Los Angeles, Chicago, and Fort Worth, Texas.

The tour kicks off in Seoul, South Korea on Aug. 25. In the meantime, fans now have a new album and music video to hold them over.