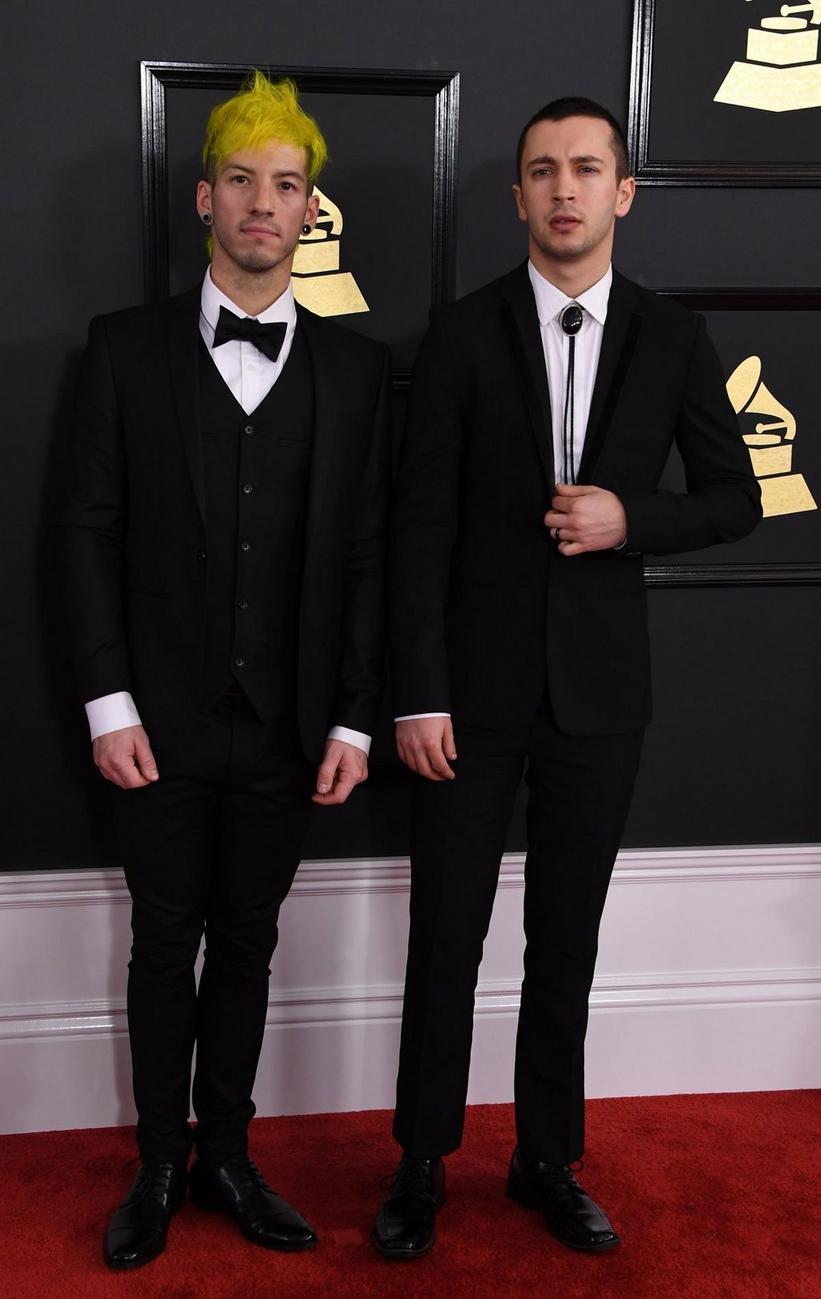 On March 1 the RIAA announced that the Twenty One Pilots album Blurryface is the first ever in the digital era to have every single on the album become a Gold record. "Congratulations to Twenty One Pilots for this unparalleled achievement," said RIAA Chairman/CEO Cary Sherman. "In a time when fans enjoy instant access to millions of different tracks, this is a testament to the appeal of both the album and each of its individual songs."

"This story, it starts in Columbus, Ohio," is how Tyler Joseph began the group's pantless (more on that later) acceptance speech at the 59th GRAMMY Awards when the single "Stressed Out" won for Best Pop Duo/Group Performance. It remains the album's top sales performer, having reached seven-times Platinum. "Ride" went four-times Platinum, "Tear In My Heart" went double, and three other tracks achieved Platinum status, "Fairly Local," "Heavydirtysoul" and "Lane Boy." Seven of the other eight tracks had been at Gold level when "Hometown" came in finally, making this first-time accomplishment complete … in a back-to-Columbus kind of way.

Joseph blamed Josh Dun for the idea that had Twenty One Pilots in their underpants during the aforementioned acceptance speech on the GRAMMY stage, but as he explained, that plan predated their success. They were watching the GRAMMY Awards on TV with friends and Dun thought it would be cool, if they ever won, to accept semi-dressed. Joseph's wise closing words on his acceptance speech was not directly addressing such decisions when he said, "You could be next, so watch out!" Congratulations to Twenty One Pilots.