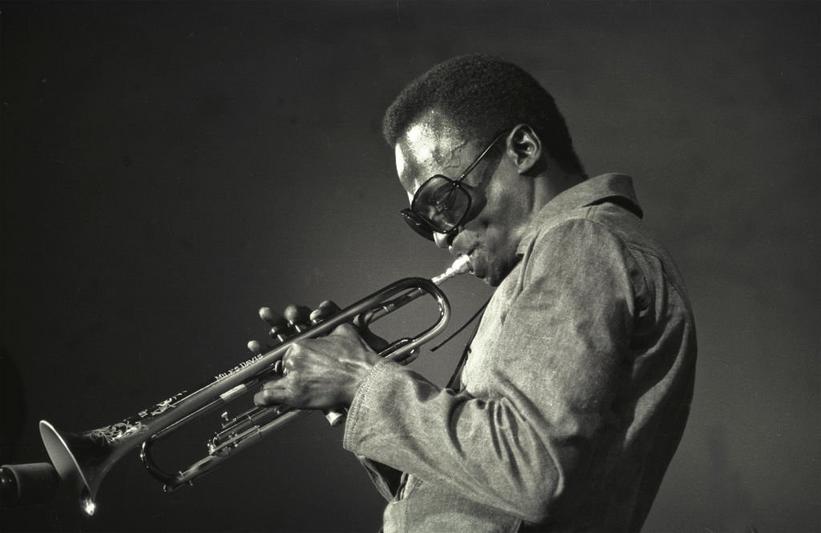 Five decades later, Davis' revolutionary, GRAMMY-winning classic is as powerful and relevant as ever

This, Davis said in his 1989 autobiography, "Miles," was all in order to embrace the zeitgeist. "1969 was the year rock and funk were selling like hotcakes and all of this was put on display at Woodstock," he wrote. "And jazz seemed to be withering on the vine … I wasn't prepared to be a memory yet." With producer Teo Macero splicing loose takes into vertigo-inducing collages, Bitches Brew moved less like dance music than undulated like a paramecium.

Every aspect of Bitches Brew—its teeming, extemporaneous playing, its speaker-toggling production, its head-shop album art—altered popular music in some form. "A lot of people felt that he was an artistic traitor," six-time GRAMMY-winning bassist and composer Christian McBride explained to NPR in 2020. "But I think that there were a number of college kids who were listening to progressive rock [and] soul music who absolutely loved this record."

For one thing, Bitches Brew, which notched Davis a GRAMMY for Best Jazz Performance - Large Group Or Soloist With Large Group in 1971 and was inducted into the GRAMMY Hall Of Fame in 1999, launched three bands critical to jazz fusion: Return To Forever, featuring Corea and Brew drummer Lenny White; Weather Report, with Shorter and Joe Zawinul; and Mahavishnu Orchestra, led by McLaughlin; all of which formed at the top of the new decade.

Davis first encouraged McLaughlin to spread his wings after a 1970 gig at Lenny's On The Turnpike, then a jazz club in Boston. "Miles turned to me and he said, 'It's time you formed your own band, John,'" McLaughlin recalled to Guitar.com in 2016. "I had to do it, if just to justify his belief in me."

For Corea's part, he was "coming off of two-and-a-half years of playing with Miles Davis and Wayne Shorter and Jack DeJohnette and Dave Holland, where the music was highly experimental, wild and edgy," he told JazzWax in 2011. "That experience took me into new interests along with Dave."

Bitches Brew's visual aesthetic, too, fed inspiration back into the psychedelic movement that spawned it. Davis commissioned German painter Mati Klarwein to paint the album's surreal cover art; six months after the album's release, Santana used Klarwein's 1963 painting, "Annunciation," for the cover of their classic album, Abraxas. (For the cover of his 1971 album Live-Evil, Davis rehired Klarwein, who would go on to license paintings to Buddy Miles, Earth, Wind & Fire, The Mooney Suzuki and other artists before his death in 2002.)

From its provocative title to its explosive sound, Bitches Brew was a whole package; it gave its genre an electric shock when it needed it. Just as its creator intended, the album also "[sold] like hotcakes": As Davis' highest-charting album, Bitches Brew peaked at No. 35 on the all-genre Billboard 200 chart in the U.S.; securing his first-ever gold record in 1976, the album has since gone platinum. On a grander scale, it proved to executives that jazz—then seen as tired and retrogressive as rock exploded—could be commercially viable into the next decade.

"We've found that the young audience that accounted for the rock success of the Sixties has kept its buying habits in the 1970s," Vernon Slaughter, then the director of progressive jazz music marketing at Columbia Records, said about Bitches Brew's impact when speaking with Rolling Stone in 1978. Bruce Lundvall, then the president of the label's domestic division, concurred: "We saw the jazz area opening up to a broader public."

But even today, Bitches Brew's ripple effect has touched the burgeoning crossover jazz scene, particularly for Teo Macero's production. "The whole concept of looping improvisation and chopping up samples definitely shed a light on hip-hop," rapper, drummer and producer Kassa Overall told JazzTimes in 2020. "That's exactly what I'm doing with my music."

Saxophonist Shabaka Hutchings, who plays in The Comet Is Coming, Sons Of Kemet and Shabaka And The Ancestors, was most influenced by the freedom Davis gave his musicians on Bitches Brew. "That tension [between jazz players] is just not there," he marveled to TIDAL Read in 2020. "Everyone has space not just to contribute their own ideas, but to develop them for as long as it takes to realize them."

Soon after Davis finished Bitches Brew in 1970, legendary concert promoter Bill Graham asked him to open for the Grateful Dead at the Fillmore in San Francisco—a gig that could have been a bridge too far for a jazz act. "The place was packed with these real spacy, high white people," Davis remembered in his autobiography. "When we first started playing, people were walking around and talking."

But when "we went into the Bitches Brew shit," he wrote, "that really blew them out."