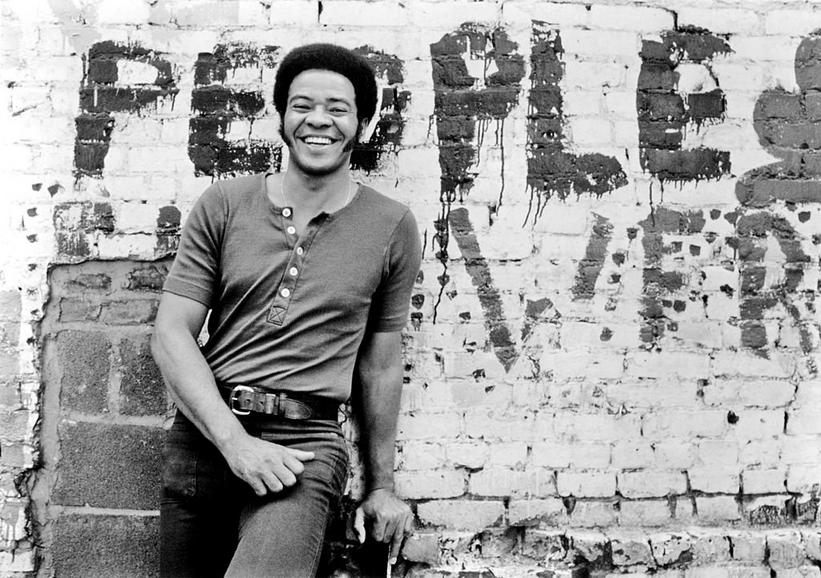 The three-time GRAMMY winner, best known for the iconic classics "Ain't No Sunshine," "Lovely Day" and "Lean On Me," saw his music covered and revived by many cross-genre luminaries throughout the decades

Bill Withers, a three-time GRAMMY-winning soul legend best known for the iconic classics "Ain't No Sunshine," "Lovely Day" and "Lean On Me," has died due to heart complications, the Associated Press reports. According to a statement from his family, Withers died Monday (March 30) in Los Angeles. He was 81.

"We are devastated by the loss of our beloved, devoted husband and father," the statement read. "A solitary man with a heart driven to connect to the world at large, with his poetry and music, he spoke honestly to people and connected them to each other. As private a life as he lived close to intimate family and friends, his music forever belongs to the world. In this difficult time, we pray his music offers comfort and entertainment as fans hold tight to loved ones."

Harvey Mason jr., Chair and Interim President/CEO of the Recording Academy, shared a touching message about Withers' passing on behalf of the organization.

"Bill's work has made a lasting impression on the music industry, with countless acclaimed artists performing renditions of his recordings, including Aretha Franklin, Paul McCartney and Barbra Streisand," Mason jr. said. "His music will continue to influence the music community and be cherished by the world for years to come. Our hearts go out to his loved ones and all who were impacted by his incomparable work."

Born in Slab Fork, W. Va., in 1938, Withers started his singing career in his early 30s. He began recording professionally starting in 1970 before retiring from music in the mid-'80s. While his career was somewhat brief, Withers released several hit albums and singles across his eight-album discography.

The singer's 1971 debut album, Just As I Am, featured "Ain't No Sunshine," his breakthrough hit and an eternal Withers classic. The track, which peaked at No. 3 on the Billboard Hot 100 chart, has been covered by multiple pop music luminaries and contemporaries, including Michael Jackson, Ladysmith Black Mambazo and Black Label Society, and has been featured in multiple films, TV shows and soundtracks, including When We Were Kings and "American Crime Story: The People v. O. J. Simpson." The song also secured Withers his first career GRAMMY win, for Best Rhythm & Blues Song, at the 14th GRAMMY Awards, held in 1972; in the same year, the song was also nominated for Best Pop Vocal Performance, Male, while Withers himself was nominated for Best New Artist Of The Year.

His second album, 1972's Still Bill, saw Withers expand his reach. Peaking at No. 4 on the Billboard 200 chart, his highest placement on that chart and his sole top 10 hit album, Still Bill featured "Lean On Me," which became his only hit single to top the Billboard Hot 100 chart. R&B group Club Nouveau's 1987 version of the track, which topped the Billboard Hot 100 chart, notched Withers his third and final GRAMMY win, for Best Rhythm & Blues Song in 1988, for his writing contribution to the song. Most recently, "Lean On Me" has become a popular, uplifting anthem among healthcare workers and those affected by the coronavirus pandemic, who have taken to sing the song online and on social media during the health crisis.

Withers is also known for the R&B classic "Just The Two Of Us," a collaboration with Grover Washington Jr., which won for Best Rhythm & Blues Song at the 24th GRAMMY Awards, held in 1982; the song was also nominated for Record Of The Year, Song Of The Year and Best Pop Vocal Performance, Male that same year. Other Withers classics include "Lovely Day," "Use Me," "Grandma's Hands," the GRAMMY-nominated "In The Name Of Love" and "Grandma's Influence."

In 2015, Withers was inducted into the Rock & Roll Hall Of Fame.

Withers is survived by his wife, Marcia, and his two children, Todd and Kori, according to the Associated Press.

Barbara Martin, Original Singer For The Supremes, Dies At 76