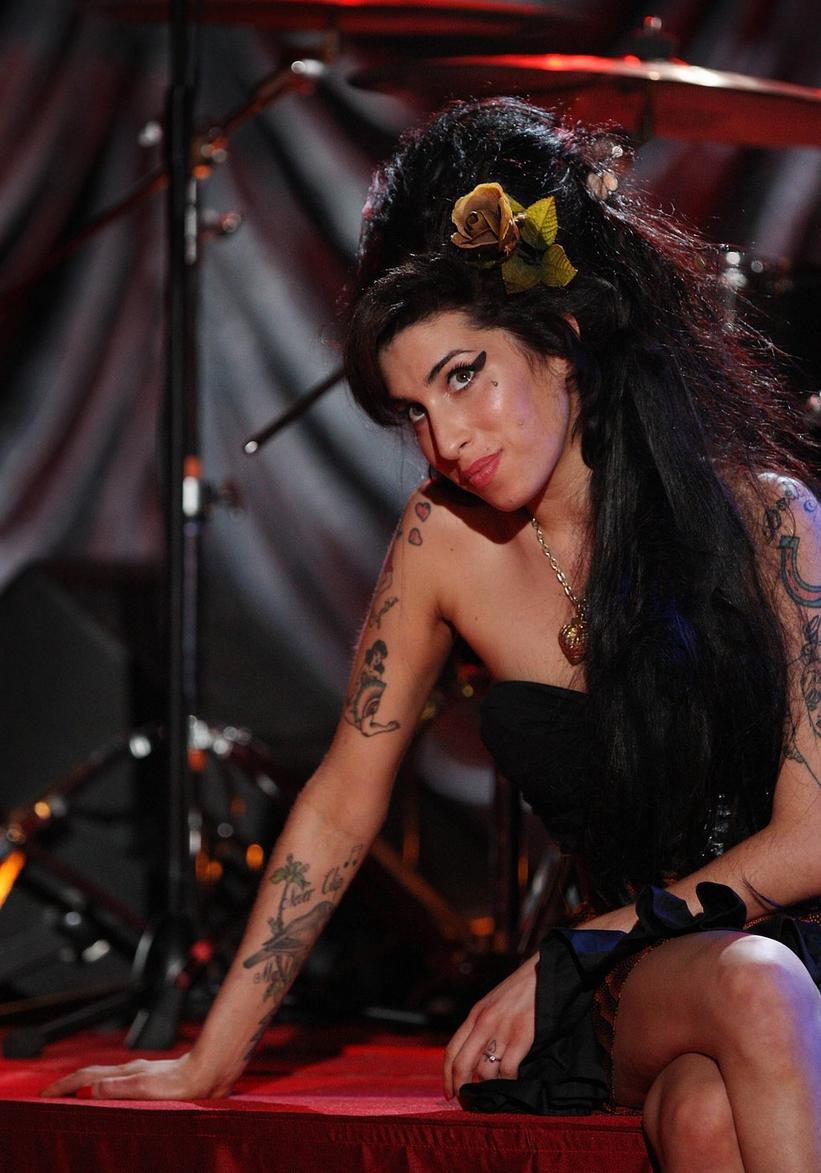 The exhibit, which will be the first-ever Winehouse exhibit in the U.S., will open on Jan. 17, 2020 and will run through April 13

Six-time GRAMMY winner Amy Winehouse has been widely renowned not just as a British music icon and pop royalty, but as a trendsetting fashion influencer. To showcase the late singer's iconic outfits, as well as never-before-seen handwritten lyrics, journal entries and other reflections from her family's personal archive, the GRAMMY Museum proudly presents Beyond Black — The Style Of Amy Winehouse, which will be the first-ever Winehouse exhibit in the United States. The exhibit will open on Jan. 17, 2020 and will run through April 13.

Beyond Black — The Style Of Amy Winehouse will offer a retrospective of Winehouse's career, her biggest influences, her most iconic fashion moments, and how she — while only living to be 27 and releasing two studio albums — left an indelible mark on music, fashion and pop culture. Winehouse's unique musical style and fashion sense were a reflection of her musical influences, including legacy artists Frank Sinatra, Shangri-Las, Ella Fitzgerald, Dinah Washington, and more, as well as contemporaries in hip-hop and R&B, including Salt-N-Pepa, Nas, Beastie Boys, Lauryn Hill, En Vogue and more. The exhibit will also touch on how Winehouse's untimely passing led her family to create the Amy Winehouse Foundation, which works to inspire children and young people to build their self-esteem and resilience so that they can flourish.

"Amy always credited my mother, her grandmother Cynthia, as a major influence, both stylistically — as she taught her the importance of grooming and having a look — and musically," said Winehouse's father, Mitch Winehouse. "She liked to call me a 'cab-driving Sinatra' and her mother's side of the family were also musicians. Amy not only brought her gift of music to the world, but also her fashion. We're eager for people to see her bold, beautiful spirit through all forms of her creativity and look forward to honoring her legacy by displaying these items at the GRAMMY Museum."

"Amy had a rebellious rock and roll style and attitude, which she made all her own with her signature beehive updo, winged eyeliner, tattoos, and bold red lipstick," said Winehouse's stylist, Naomi Parry. "She had a clear vision of who she was and what she wanted the world to see. Working with Amy was one of my most satisfying and creative times in my career. I'm excited for the world to finally see the looks we created for what would have been her 2011 summer festival tour."

This exhibit captures the spirit of Winehouse through some of her most cherished and unique outfits and showcases her wit and charm by displaying never-before-seen handwritten lyrics and prolific journal entries.

"Amy Winehouse is undoubtedly one of the most gifted singers, songwriters and performers of the early 21st century," said the Museum's President Michael Sticka. "Amy's music and influence reached across genres and generations. It's an honor for the GRAMMY Museum to host her very first exhibit in the United States and celebrate her talents, creative process and musical legacy."

Many of the items on display will be auctioned to benefit the Amy Winehouse Foundation, which will take place at Julien’s Auctions in Beverly Hills November 6-7, 2021.