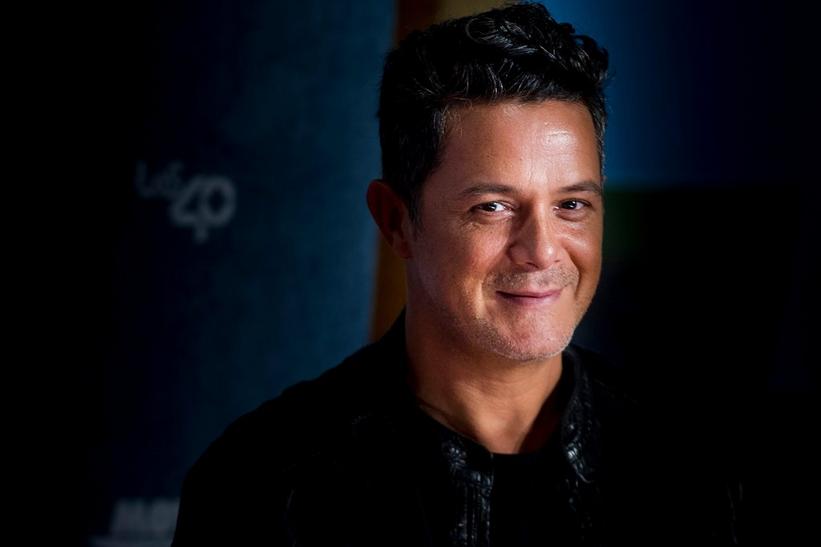 Alejandro Sanz: 7 Milestones From The 2017 Latin Person Of The Year

From Latin GRAMMY-winning albums to all-star collaborations and philanthropy, retrace some of the 2017 Latin Recording Academy Person of the Year honoree's biggest career moments

Latin GRAMMY and GRAMMY-winning singer/songwriter Alejandro Sanz's contribution to both Latin and mainstream music over the course of his nearly 30-year career has been remarkable.

Sanz will be honored at a charity gala on Nov. 15 — the night prior to the 18th Latin GRAMMY Awards — with the proceeds benefitting the education and preservation causes championed by the Latin GRAMMY Cultural Foundation.

In celebration of Sanz' forthcoming honor, take a look back at some of his prominent career milestones, which paint a picture of the indelible impact he has had on the music industry.

While Sanz enjoyed commercial success in his home country of Spain since his sophomore full-length LP, 1991's Viviendo Deprisa, it was 1997's Más that saw the Madrid native step resoundingly onto the world stage. A multiplatinum LP in multiple countries, Más has been certified an astounding 22-times platinum in Spain, where it remains the most popular album in the country's history.

Sanz' next record, 2000's El Alma Al Aire, stoked the fervor of budding fans in the U.S. and earned him his first four career Latin GRAMMYs — including Album Of The Year — at the 2nd Latin GRAMMY Awards. This paved the way for Sanz to appear as the first Latin artist ever on a special episode of MTV's iconic "Unplugged" series in 2001. He later told The Washington Post, "[MTV's 'Unplugged'] changed the way I do my music. It was a rediscovery of how to perform, and also how to record music with live musicians. That was the spirit of the music in its pure form." MTV Unplugged: Alejandro Sanz won three Latin GRAMMYs, including his second-consecutive Album Of The Year, at the 3rd Latin GRAMMY Awards.

Sanz has championed Latin culture in the U.S. throughout his career. In 2004 he became the first Spanish musician to give a lecture at Harvard University, where he discussed Hispanic culture at the David Rockefeller Center for Latin American Studies. In 2011 he was selected by ASCAP to receive the Latin Heritage Award in honor of "his unique and enduring contributions to Latin music." More recently, in 2013 Sanz was awarded an honorary doctorate in music from Berklee College of Music.

A Collaboration With The King Of Pop

In the aftermath of the Sept. 11, 2001, terrorist attacks, Michael Jackson wrote and released the charity single "What More Can I Give." The song was recorded by a supergroup of nearly 30 artists, and the proceeds benefitted the families of victims and first responders injured or killed in the wake of the attacks. With help from GRAMMY winner Rubén Blades, Jackson also adapted the lyrics into a Spanish-language version titled "Todo Para Ti." Sanz was enlisted to help record the track with a smaller supergroup of primarily Latin artists, some of whom also sang on the English version of the song.

GRAMMY winner Shakira's 2005 duet alongside Sanz, "La Tortura," not only became an international success, it has been called "one of the most important Latin songs to move to the mainstream U.S. and Canadian markets." The single smashed the contemporary record for longest run on the Billboard Hot Latin Tracks chart by holding the No. 1 spot for 25 nonconsecutive weeks. The record remained unbroken for the next nine years, until it was finally topped by Enrique Iglesias in 2014. To date, the single has sold more than 1 million copies in the United States.

Alongside his professional accolades, Sanz' philanthropic efforts have been equally impactful. In the wake of the recent devastating earthquake in central Mexico, Sanz operationalized his charity project, La Fuerza del Corazón (named for his first-ever internationally charting single), to perform outreach and raise funds for groups such as Doctors Without Borders, Save The Children and Greenpeace — with each organization lending a hand to survivors on the ground in Mexico City. On Sept. 23, Sanz also took part in performing for Univision's Unidos Por Los Nuestros seven-hour benefit special aimed at raising funds to assist the Red Cross with its recovery efforts following the natural disasters in Houston, South Florida, central Mexico, and Puerto Rico.

The Latin Recording Academy's 2017 Person of the Year benefit gala honoring Sanz will be held at Mandalay Bay Resort and Casino in Las Vegas on Nov. 15. Be sure to tune in to the 18th Latin GRAMMY Awards on Nov. 16 broadcast live on Univision at 8 p.m. ET/5 p.m. PT.