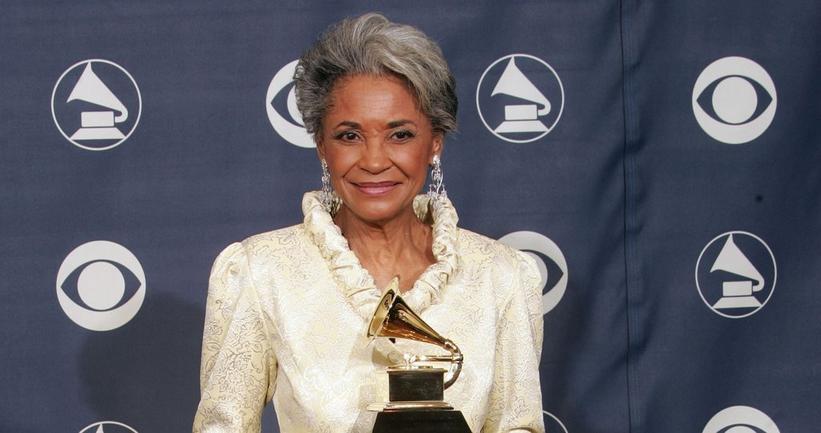 Rather, she kept it cool and collected—and calmly shouted out those who deserved a mention.

"There's so many people that I really would love to thank," Wilson says in the latest episode of GRAMMY Rewind. "So many in the Academy who have been so kind and so gracious. And God knows, I'd like to thank my family."

I love a genre in which some of its most celebrated music was created in drug-addled states. How do we persevere in such a toxic environment? The answer for many is MusiCares [www.musicares.org]. On May 31 the 8th Annual MusiCares MAP Fund benefit concert was held at Club Nokia in Los Angeles in an effort to raise money for a great cause: musicians helping musicians grasp a hold on sobriety, and save them from the dark depths of addiction.

The night's honorees — Alice In Chains vocalist/guitarist Jerry Cantrell and certified interventionist and Sony/ATV Music Publishing Senior Consultant Neil Lasher — were in the company of many saved musicians. On the red carpet prior to the event, I spoke with some of the attendees about their best piece of advice and music that comforts them.

Inside Club Nokia, the night began with Moby spinning beats as everyone settled in. Fittingly, the night also marked the launch of the DJ AM Memorial Fund in honor of the late Adam "DJ AM" Goldstein.

TV personality Steve-O of "Jackass" was the evening's host and, though now sober, he proved over and over again that he is still just as funny and crazy. "You know you have a problem when your interventionist is Johnny Knoxville," he said.

The music began with Duff McKagan, who served as musical director for the evening, and his band Loaded.  They kicked off their set by playing the music to Alice In Chains' "Heaven Beside You" while McKagan read a poem. So heartfelt that it gave us chills, it set a somber tone, but soon was followed by the celebration of the Johnny Thunders cover "You Can't Put Your Arms Around A Memory," which bled into a portion of Guns N' Roses' "Patience."

When Heart's Ann and Nancy Wilson joined Loaded onstage, I watched as Cantrell sat at the edge of his chair, bobbing his head in rapt attention as they performed. "Dead Flowers" by the Rolling Stones and "Curtains" by Elton John.

During Lasher's acceptance speech after being presented with MusiCares' From the Heart Award, he finished with this offer: "If you're ever in the New York area … I'll even bring a [12-step] meeting to a soundcheck if you need me to."

Billy Idol performed next — a set I was really looking forward to since it had been a long time since I'd last seen the British pop/punk icon and his band. They brought some upbeat rockers to the night with "Dancing With Myself," "White Wedding" and the anthemic "Rebel Yell." I could hardly stay in my seat.

Singer/songwriter Mark Lanegan (Queens Of The Stone Age, Screaming Trees) performed a short but powerful two-song set and pierced the crowd with his gravely baritone voice as "Carry Home" and "Creeping Coastline Of Lights" reached deep into our souls.

After a video tribute to Cantrell from Metallica's James Hetfield, Alice In Chains drummer Sean Kinney presented Cantrell with the Stevie Ray Vaughan Award (or, as Alice In Chains bassist Mike Inez jokingly referred to it, the "Junkie of the Year Award"). Kinney could have a second career in stand-up comedy — every time I hear him speak he's absolutely hilarious. Accepting his award, Cantrell spoke of being sober for nine years. "I try to do what I can to not get high today," he said.  "We really miss [deceased Alice In Chains members] Layne [Staley] and Mike [Starr]."

As I listened to Cantrell's speech and the Alice In Chains set that followed, I found it surreal to be present at such an important and intimate event with so many of my generation's musicians. Alice In Chains are a huge part of my life's soundtrack. Their songs have been there through extreme highs and lows for me, and I've watched the band nearly die, only to be resurrected.

The Alice In Chains acoustic living room set featured career-spanning favorites, including "Nutshell," "Your Decision," a surprise drum and bass interlude featuring the Commodores' "Brick House," and "Got Me Wrong" followed by "Would?" I've lost many of my favorite rock stars to drugs, but here were some of the survivors. And that's more rock and roll than anything.

Alice In Chains
"Nutshell"
"Your Decision"
"No Excuses"
"Got Me Wrong"
"Would?"

(Jamie Harvey splits her time between California and Texas, and is the rock community blogger for GRAMMY.com. She has been to more than 500 shows since 2007. You can follow her musical adventures and concert recaps at www.hardrockchick.com.)