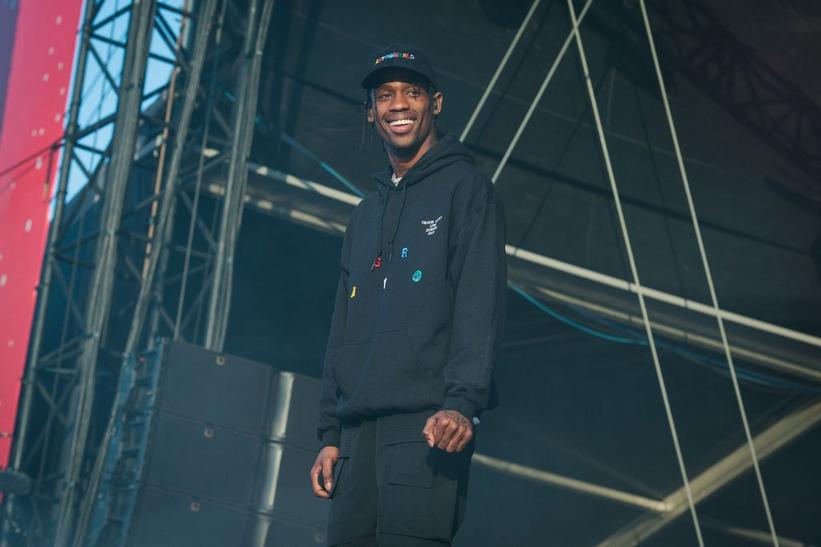 Travis Scott's 'Astroworld' Returns Rapper To Top Of The Charts

GRAMMY-nominated rapper Travis Scott is so ready for his close-up that his third solo studio album, Astroworld, released on Aug. 3, features his big golden head as an amusement park ride, photographed by David LaChapelle. Now that its Nielsen data is out — with the tip-off for the Aug. 18 Billboard 200 — the album has him back at No. 1 in a big way, securely on the 2018 record-breaker leaderboard and taking the top spot from the extended residency Drake's Scorpion occupied for five consecutive weeks.

Astroworld's straight sales reached 270,000 units, second in 2018 only to Dave Matthews Band's Come Tomorrow. In streaming equivalents — a leaderboard dominated by Drake — the LP reached 261,000, the fifth best showing for an album ever. Including track-equivalents, this makes his 2018 debut week the second highest of the year, behind Drake. It is a personal best for the rapper. His first studio album Rodeo reached No. 3 in 2015, and the following year's Birds In The Trap Sing McKnight peaked at No. 1 with 53,000 straight sales and a total, with streams, of 88,000 units.

There was a real AstroWorld amusement park in the rapper's hometown of Houston once, replaced by a housing development in 2005 while Scott was a teen. His effort to reimagine the fun he knew as a kid has blown up. The attention and raves the album has received match the  symbolic prestige of his golden bounce house quite nicely.

Scott's GRAMMY nominations to date were drawn to collaborations, beginning with his contribution to Kanye West's "New Slaves," up for Best Rap Song at the 56th GRAMMY Awards. In the past two years, Scott was nominated with Justin Bieber for Purpose, for Album Of The Year at the 59th GRAMMY Awards, and with SZA for his featured spot on her "Love Galore," nominated for Best Rap/Sung Performance at the 60th GRAMMY Awards.