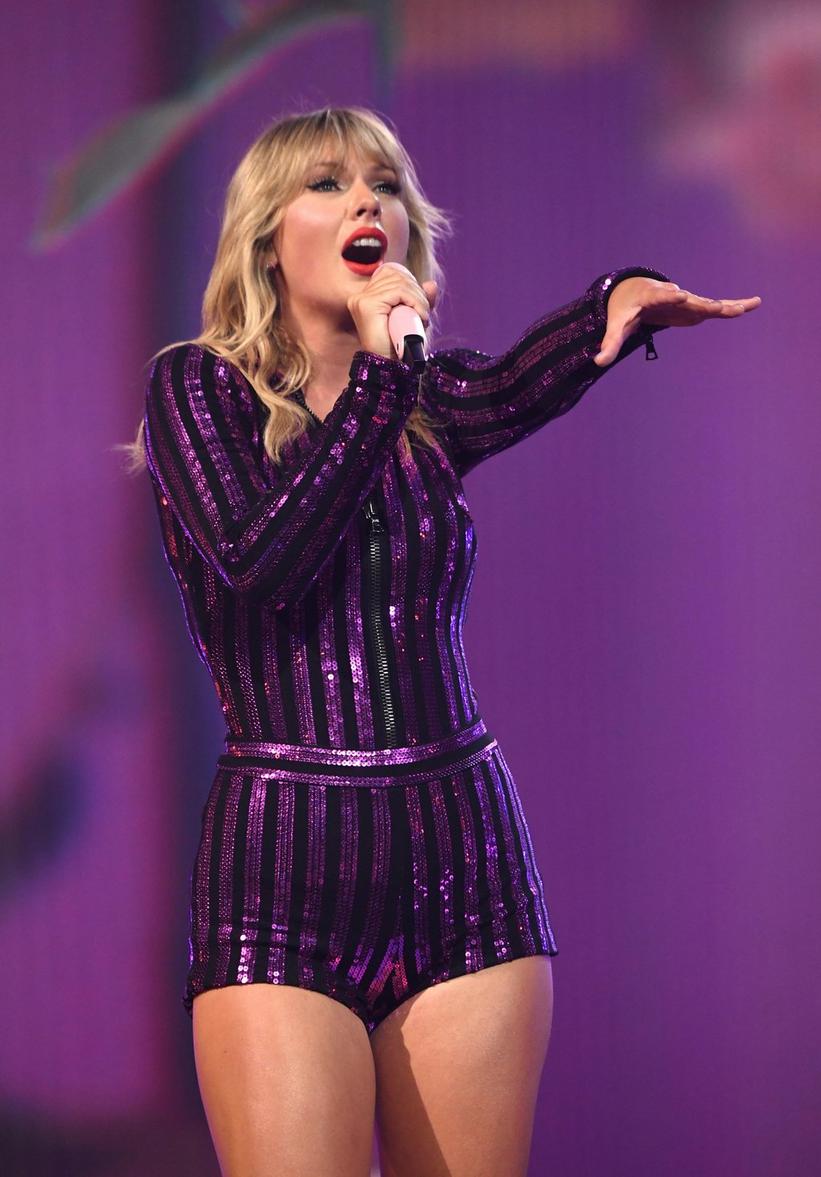 "There's a lot that's covered emotionally [on 'Lover'], and I really wanted to give you track five before the album came out," the pop heavyweight revealed in an Instagram video

Taylor Swift has released a third song—"The Archer"—from her forthcoming seventh studio album, Lover. Featuring mythical lyrics and a dream-pop vibe, "The Archer" dropped yesterday evening in an Instagram Live video in which Swift revealed that it's the fifth track (out of 18!) on Lover, and not technically a single. It was produced by fellow GRAMMY winner and past collaborator Jack Antonoff of Fun. and Bleachers.

"The Archer" follows the candy-coated, Brandon Urie-assisted "ME!" and the stand-up-to-the-haters-anthem "You Need to Calm Down."

The 10-time GRAMMY winner shared more details about the new album (transcribed by Elle), due out Aug. 23, during her IG video:

"There's a lot that's covered emotionally [on Lover], and I really wanted to give you track five before the album came out. So track five is kind of a tradition that really started with you guys because I didn't realize I was doing this but…instinctually I was putting a very vulnerable, honest, emotional song as track five," Swift said, adding that "The Archer" offers a different side of the sound fans' will hear on Lover.

"'The Archer' is not the next single. It's just a song I love on the album. I haven't made a video for it or anything. This is just sort of a glimpse into another side of the album I wanted to show you."

She also revealed that the new song isn't the only album track she worked on with Antonoff: "There's a vast part of this album that I worked with Jack Antonoff on. He is phenomenal." They paired up on Swift's last album, 2017's reputation, for "Look What You Made Me Do" and "New Year's Day." He has also lent his production skills on Carly Rae Jepsen's recent album Dedicated and both Lorde and St. Vincent's 2017 GRAMMY-nominated albums, Melodrama and MASSEDUCTION, respectively.

Swift also offered the news that she'll include 110 scanned pages of her journals in the deluxe CD editions of Lover, which she's selected from their pages over the last 13 years, since her self-titled debut LP.

Yesterday, MTV revealed the 2019 VMA nominations, of which Swift is tied with Ariana Grande for most nominations, at 10 each. "You Need To Calm Down," whose star-studded video included the cast of "Queer Eye," RuPaul, Hayley Kiyoko and many more, is up for their main Video Of The Year award.