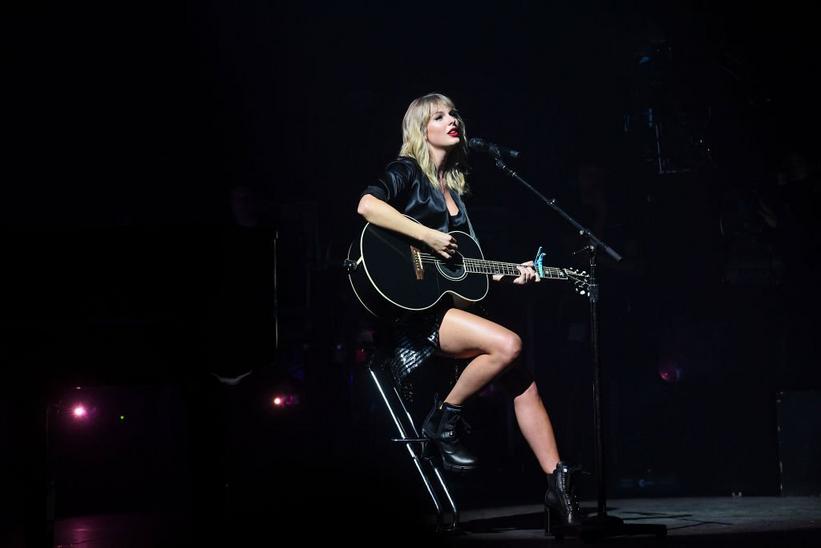 Taylor Swift performs during the "City of Lover" concert in 2019

Airing Sunday, May 17, the one-hour concert special will feature never-before-seen footage from a 2019 concert in Paris and will mark the first-ever live performance of Swift's GRAMMY-nominated album, 'Lover'

Following a touching performance at the One World: Together At Home livestream concert last month, pop superstar Taylor Swift will air a one-hour concert special, "City Of Lover Concert," Sunday, May 17, on ABC starting at 11 p.m. EST. The TV special will then be available to stream on Hulu and Disney+ the following day (May 18), Rolling Stone reports.

According to the trailer for the TV special, available below, "City Of Lover Concert" will feature never-before-seen footage from one of Swift's concerts filmed at the L'Olympia Theater in Paris last September. It is the first live performance of Lover, Swift's 2019 GRAMMY-nominated album.

"City Of Lover Concert" is Swift's latest initiative in support of Lover. Last September, she announced a 2020 world tour in support of the album, which included a pair of hosted two-day festivals in Foxborough, Mass., and Los Angeles dubbed Lover Fest East and Lover Fest West, respectively. She canceled all of her 2020 tour dates last month due to the coronavirus pandemic, with plans to reschedule her U.S. shows, including the Lover Fest events, to 2021.

Swift was also scheduled to headline several major festivals this year, including the 2020 installments of Glastonbury and Capital One JamFest, which were both canceled due to the COVID-19 pandemic.

In response to the pandemic, Swift, alongside fellow pop megastar Ariana Grande, donated financial funds directly to fans impacted by COVID-19 in March.

A 10-time GRAMMY winner, Swift received her most recent GRAMMY nominations at the 62nd GRAMMY Awards, held this past January, for Lover, including Best Pop Vocal Album, Song Of The Year for the album's title track and Best Pop Solo Performance for "You Need To Calm Down." The album also featured the singles "The Archer" and "Me!," the latter featuring Brendon Urie of Panic! At The Disco.