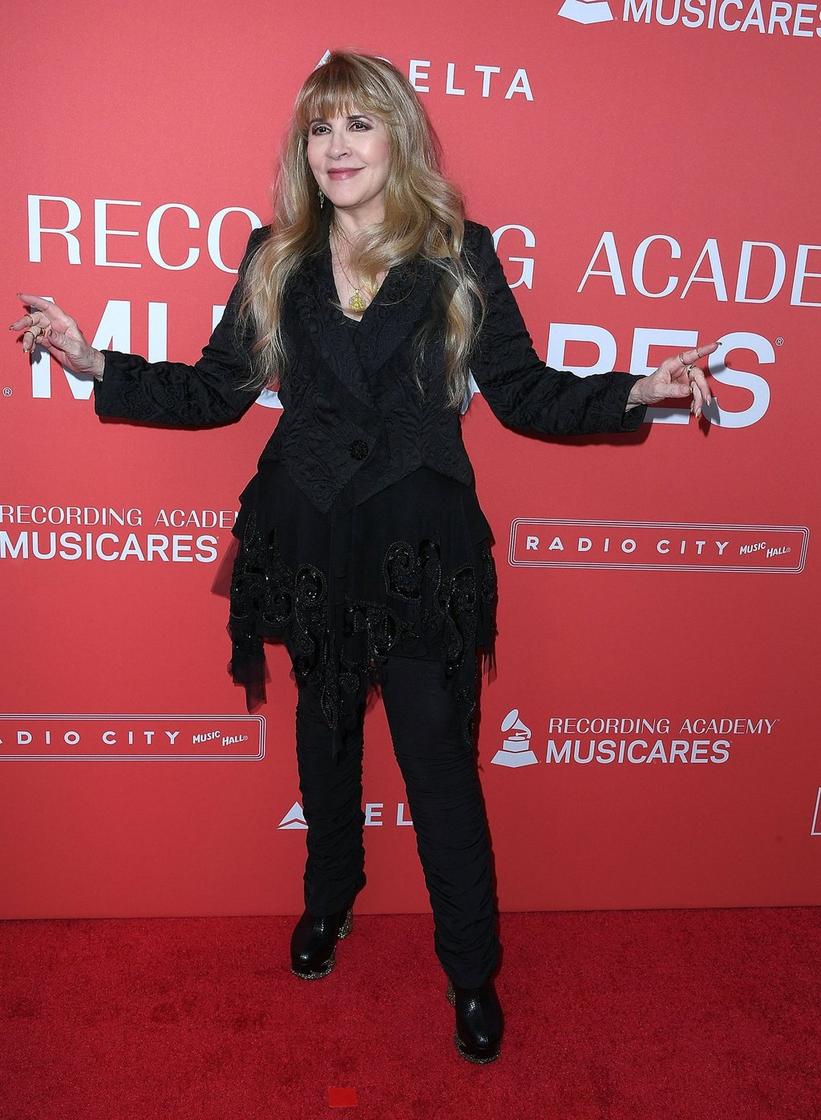 In addition to this year's induction as a solo artist, Nicks was previously inducted in 1998 for her work in Fleetwood Mac

On Dec. 13 the Rock And Roll Hall of Fame announced their 2019 inductees to be honored on March 29, 2019, at the 34th annual induction ceremony. The final selection includes the Cure, Def Leppard, Janet Jackson, Stevie Nicks, Radiohead, Roxy Music including Brian Eno, and the Zombies. It was the first time on the ballot for Def Leppard, Stevie Nicks and Roxy Music, and Nicks' win as a solo artist makes her the first woman to ever be inducted twice into the Rock & Roll Hall of Fame.

The Rock & Roll Hall of Fame previously inducted Nicks in 1998 for her work in Fleetwood Mac. Earlier this year, Fleetwood Mac became the first band to receive the MusiCares Person of the Year award for their philanthropy, and their albums Fleetwood Mac (1975) and Rumours (1977) have been inducted into the GRAMMY Hall Of Fame.

I have a lot to say about this~ but I will save those words for later. For now I will just say, I have been in a band since 1968. To be recognized for my solo work makes me take a deep breath and smile. It's a glorious feeling. @rockhall pic.twitter.com/aNofFoG6eC

As for the other inductees, Pitchfork recapped Radiohead's divergent reactions last year when they made the previous final ballot. Jonny Greenwood's response was, "I don't care," but Colin Greenwood said he'd be grateful. They didn't make it on the 33rd round but now they're among the 34th confirmed inductees.

The Zombies are @rockhall inductees!

“This time to turn the corner and get inducted, feels fantastic … I’m just so delighted.” - Rod

"This is a career-defining [and] life-defining moment." - Colin pic.twitter.com/Rl50JlHbEh

Rolling Stone caught up with Def Leppard's Joe Elliott right after he heard the news. "We finally find out we're in," he said. "Now we can stop holding our breath and go, 'Great! How wonderful to be in the same club as the Rolling Stones and the Beatles and the Who and Queen and etc., etc.' It's nice. It's a good club to be in."

The 34th Rock & Roll Hall of Fame Induction Ceremony will be held on March 29, 2019, at Barclays Center in Brooklyn, New York. It will be shown on HBO and heard on SiriusXM. Ticket availability will be announced in January. The 2019 inductees' exhibit at the Hall's museum in Cleveland, Ohio will be unveiled the same night.