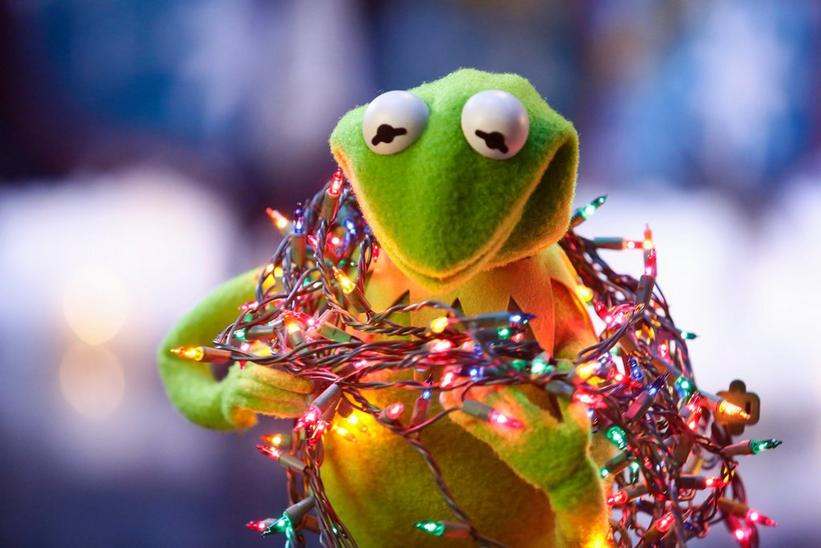 Whether its Boris Karloff's iconic narration of a beloved Dr. Seuss children's fable, Shirley Caesar's testifying soulful praises through gospel renditions of holiday standards, or even Stephen Colbert's festive enlistment of GRAMMY winners for a fireside tale of modern Christmas hilarity mixed with a viral campaign aimed at giving Kanye West a good-natured poke in the chops, timeless Christmas music can take many forms.

Despite the remarkable variety, here's a look at seven recordings that share one thing in common: they each earned a GRAMMY.

Airing first in 1966, Dr. Seuss' "How The Grinch Stole Christmas" ranks as one of TV's iconic holiday specials of all time. Known for his acting roles in horror films such as Frankenstein (1931) and The Mummy (1932), Boris Karloff provided the festive voice-over work for not only the TV special but the album audio companion that ultimately took Best Recording For Children honors for 1967. With his rich, distinguished baritone, the Englishman voiced many children's stories, including Three Little Pigs, Mother Goose Nursery Rhymes and The Hunting Of The Snark. But it was his Grinch-like work on the Dr. Seuss Christmas classic that hatched his lone career GRAMMY win. — Tim McPhate

Perhaps best known for his GRAMMY-winning hit with Sandi Patti, "More Than Wonderful," gospel artist Larnelle Harris has Christmas to thank for his fifth career GRAMMY. The Kentucky-born singer/songwriter took home Best Gospel Performance, Male for his 1988 holiday album, Christmas, at the 31st GRAMMY Awards. The album features covers of classics such as "Silent Night," "O Holy Night" and "Go Tell It On The Mountain" sung in Harris' signature smooth tenor voice. "You know there are just some things that make Christmas very special," Harris said to introduce a performance of "The Christmas Song/Silver Bells." "One of the things is the music." He sure delivered on the music. — Renée Fabian

Their combination of a cappella jazz with soul gospel has taken Take 6 to eight GRAMMY wins out of 19 nominations, including their 34th GRAMMY Awards Best Jazz Vocal Performance for the He Is Christmas album. Christmas caroling about singing angels establishes the desirable festive connect to season's blessings, made more credible by the group's excellent (as always) delivery. All it takes is one listen and Take 6 will encourage even the biggest Christmas cynic to believe. — Philip Merrill

Newly minted Recording Academy Lifetime Achievement Award honoree Shirley Caesar's career as the "First Lady of Gospel Music" has seen her take home Best Traditional Soul Gospel Album five times. One of those five trips to the podium was for her celebratory 1998 holiday album, Christmas With Shirley Caesar. Featuring a balanced mix of traditional Christmas favorites such as "It Came Upon A Midnight Clear," "Do You Hear What I Hear" and "We Three Kings Of Orient Are" alongside original holiday gospel songs such as "The Gift" and "What Are You Going To Name Your Baby," the album made for a triumphant follow-up to the 11-time GRAMMY winner's highly acclaimed previous holiday album, 1986's Christmasing. — Brian Haack

B.B. King's ability to squeeze more emotion and feeling out of a single note than most guitar players can achieve in a lifetime is on full display on this, his 39th album of his career and sole Christmas album. The collection features King's blues-based takes on holiday classics such as "Back Door Santa," "Please Come Home For Christmas" and "Blue Decorations." The album won Best Traditional Blues Album at the 45th GRAMMY Awards and its closing song, "Auld Lang Syne," nabbed Best Pop Instrumental Performance honors. — Nate Hertweck

The Muppets, A Green And Red Christmas
Best Musical Album For Children (2007)

Stephen Colbert, A Colbert Christmas: The Greatest Gift Of All
Best Comedy Album (2009)

Add a dash of irreverence to your holiday listening lineup with "Late Show" host Stephen Colbert. On A Colbert Christmas: The Greatest Gift Of All, which won Best Comedy Album at the 52nd GRAMMY Awards. Colbert celebrates the season with satirical holiday anthems such as "Another Christmas Song," "Nutmeg," and "Can I Interest You In Hannukah?" The dead-pan demeanor his fans come to expect from his dry-humored monologues and tongue-in-cheek interviews is in full effect on this album. Best of all, he enlists a star-studded lineup of guest artists, including fellow GRAMMY winners Elvis Costello, John Legend, Jon Stewart, and Willie Nelson, plus GRAMMY nominees Feist and Toby Keith. — N.H.