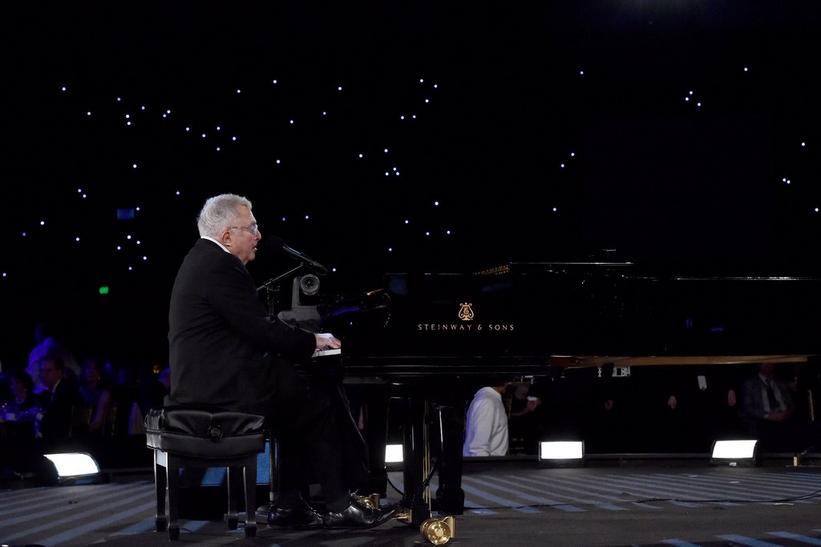 Composer Randy Newman performs at 2017 MusiCares Person of the Year

'Score': Soundtracks take us on an emotional ride

"Music has tremendous driving power within the narrative of any film," says critic Leonard Maltin in Score: A Film Music Documentary, which opens in theaters June 16.

GRAMMY-winning scores by John Williams for Close Encounters Of The Third Kind or Thomas Newman for American Beauty, for example, have certainly lived up to Maltin's claim. From Williams' interplanetary motif to Newman's experimental soundscape, Billboard interviewed the filmmakers about some of the historic scores that "changed the way we hear movies."

Beyond the handful of classic scores featured in the article, the documentary's other interviewed composers — GRAMMY winners Danny Elfman, Quincy Jones, Trent Reznor, and Hans Zimmer, among others — explain how each score seeks to radically reinvent the role of music in film to take us on a unique emotional ride.

These aren't the only GRAMMY winners taking their musical talents to the big screen. Randy Newman, Thomas' cousin, won one of his six GRAMMYs for "Our Town," the theme from Cars. Tomorrow, his soundtrack for Cars 3 arrives in theaters.

While the soundtrack remains central to any film, there is more to the driving power of audio cinema than music playing our emotions. Cars voice actor Owen Wilson describes bringing the mechanical character Lightning McQueen to life for audiences: "What surprises me is how much you can care for these characters that are just cars," Wilson told IMDB. "But they feel very human."

Fellow voice star Armie Hammer explains tapping into emotions to create the personalities of their racing cars, describing how his villainous car Jackson Storm has an inner conflict between his immature social emotions and his advanced state-of-the-art technology.

Like the characters they sometimes represent, movie soundtracks have often pushed the envelope with technology. Sounds of machines and metal parts coming into contact rhythmically have a power of their own, whether subwoofer vibes or treble transients, each with unique powers to excite.

Sound vibrations play a unique role in our world and in our emotions. New methods of encoding and compression to bring higher resolution sounds with a greater sense of immersion and directionality are under development by audio engineers to improve what we hear in film houses, what we can install in home theaters, and hear on our headphones with expanded dimensions of sonic expressiveness.

As the GRAMMY winners featured in Score: A Film Music Documentary demonstrate, and as technologies necessary to construct the broadcast infrastructure necessary for hi-res audio continue to develop, we can all look forward to hearing what is ahead as the artists we let drive our feelings to new places use the evolving tech behind a soundtrack's driving power.