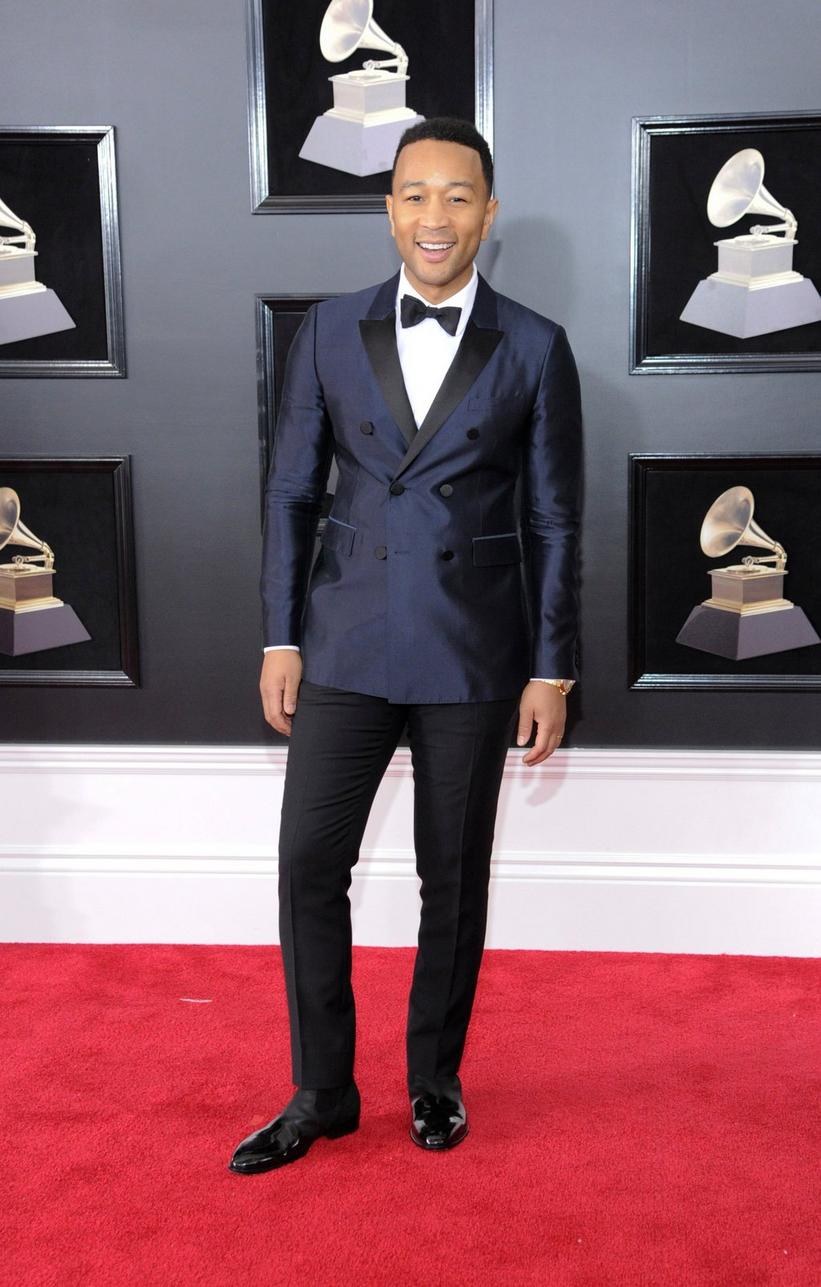 The multi-talented star's first GRAMMY win pushed him to keep dreaming big, and helped him become the EGOT record-breaker he is today

GRAMMY winner John Legend is quite the multi-talented star. On Sept. 9 he took home his first Emmy for his work producing Jesus Christ Superstar Live in Concert – which he also happened to star in. The win added him to the short list of EGOT holders (being an Emmy, GRAMMY, Oscar and Tony winner), an honor only 15 people have achieved. He is the first black man and the youngest person to do so.

Legend began his road to his EGOT during the 48th GRAMMY Awards in which he won Best New Artist, Best R&B Album for his debut studio album, Get Lifted, and Best Male R&B Vocal Performance for "Ordinary People". It was a special moment for him, and he credits the Best New Artist award as having a powerful impact on his career and influence to this day.

"Winning Best New Artist is big. It's one of the few awards that's cross-genre and is featured as one of the big awards of the night. And if you look at the list of people who have won it, it's been a pretty amazing group of people. If you look at the quality of the music of these artists, it is astounding, and was the great start of so many long careers. After all, the Beatles won it," Legend shared with us. "It had a positive and lasting effect on [my] career. It put me on a national platform. Performing "Ordinary People" that night, too, was important for me. It all comes down to the song. None of it would have happened had I not [had] a song that moved people."

Legend has clearly put in a lot of work to live up to his name – even winning just one award from one letter of EGOT is impressive, but to be able to switch it up and apply your talent in different arenas and win multiple awards for your efforts is something else. The artist has, as of the 60th GRAMMY Awards, taken home 10 GRAMMY wins over the years for his smooth and soulful brand of R&B, including three wins (and eight nominations) the first year he was nominated, in 2005.

Even with his level of fame and record-breaking achievements, the artist knows the importance of staying true to his roots. In an interview with the Recording Academy, he shared the story behind the single "Penthouse Floor" from his latest album, Darkness and Light – that even when he celebrates achieving his dreams and living large he never forgets where he started.