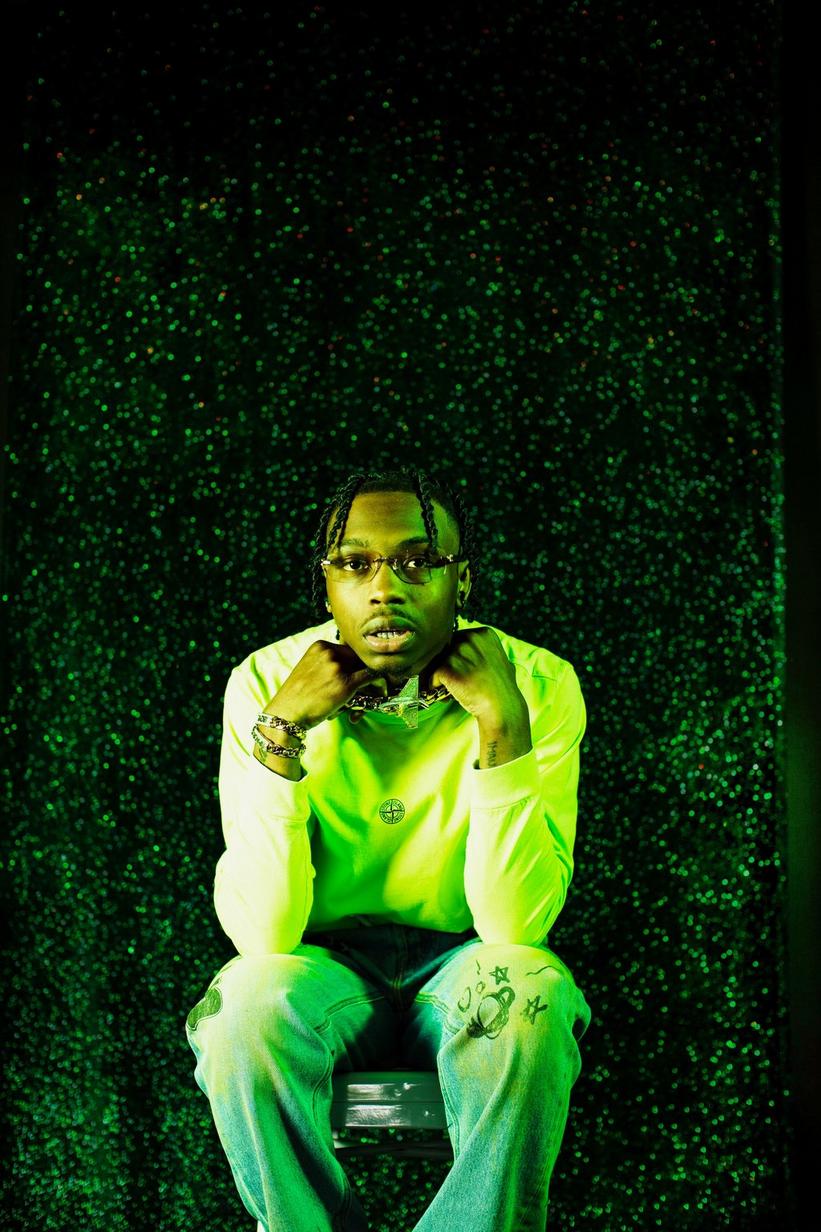 Meet The First-Time GRAMMY Nominee: "Suge" Producer Jetsonmade On Working With DaBaby & Hyping Up The Carolinas

The South Carolina producer, currently nominated for Best Rap Song, talks working with DaBaby, the Carolinas music scene and where he's headed next

But the hit couldn't have happened without one of the masterminds behind the beat: jetsonmade, a producer from South Carolina who is here to lead the Carolinas to the top.

In the rap landscape, the Carolinas are still fighting to stake their spot in the commercial market. Jetsonmade is trailblazing the way with his productions—he and DaBaby currently have two songs, "Suge" and "Bop," on the Billboard Hot 100—but he doesn't want to stop there. He's determined to bring others from the Carolinas up with him.

"We have talent, but it takes more than talent to actually make it within the music business. No one has really been able to coach anyone. So that's why I've come into it," jetsonmade, born Tahj Morgan, told the Recording Academy leading up to the 2020 GRAMMY Awards. "My goal is to always work with someone from Carolina, whether it's South Carolina or North Carolina. I want to work with them from the start of their career until they reach mainstream success."

The producer, who has also sat behind the board for Roddy Ricch and Lil Keed, is nominated for Best Rap Song for "Suge." But he admits he wasn't really familiar with the GRAMMYs prior to his nom. Being GRAMMY-nominated this early in his career, he said after doing his research, is "crazy." Whatever happens, jetsonmade is focused on building his musical empire by eventually working with producers, artists and songwriters.

The producer spoke to the Recording Academy about just how he plans on growing his presence, what it was like working with DaBaby, how chord progressions caused him to fall in love with music.

You were going to become a truck driver if music didn't work out, is that right?

I was going to become a trucker. That is right.

Tell me more about that.

Honestly, [at the time, I was] just weighing my options, not being really familiar with so many different paths in life. My dad drives trucks, you know what I'm saying? And my mom [has] a regular insurance job. I [didn't] really know any ... other career paths, honestly. It was either music or something that [was familiar to me] ... I just figured that would be the easiest thing for me to be because I never wanted to punch a clock.

And now you're GRAMMY-nominated.

It's crazy. Honestly, before the list of GRAMMY nominations came out, I wasn't really familiar with it. I just knew that was like top tier so it never even crossed my mind as a possibility. So it coming this early in my career, being GRAMMY-nominated now, is like crazy.

Who are your influences?

I grew up in church, so I always listened to gospel music. But [that's] on my mom's side, I stayed with my mom. But on my dad's side, he was into all types of music, so I've always been pretty versatile as far as my music selection ... Growing up, it was never like certain genres, it was just music like chord progressions and just the tuning level. That's what influenced me, the actual composition and stuff. Not a genre or anything.

How did you begin producing?

I was always into music, playing the drums and stuff so I actually went to this studio with my uncle and I was going to play the drums. Then I saw a bunch of equipment and different stuff, so I became interested in that immediately. Going to the studio with my uncle, being exposed and being in an actual studio is what made me start making beats.

Everyone knows the "Jetson made another one" tag. How did that come about?

I always... Well, not going to say always, but after I started making beats, it was just something that I never stopped doing. As the years [passed,] I progressed. I got better and better. I started believing in myself. I was like all right, if I'm going to do it for real, I need something that's going to let people know that it's my beat. You know what I'm saying? That's what the tag is. So I needed a tag, I wanted everybody to know it's me. I was just in the studio one day with my brother Rico, he was working on a song and I just told him like bro, go the inch like the song was so hard. Every time we thought we were going to blow up out there, so I'm like bro make me a tag right now. I was like man, go take that sh*t, make another one. Then he just added the "Oh, Lord." From there, I never switched my tag.

What do you enjoy most about producing?

The freedom, creativity. There are no limits to it, really ... I love that part of it.

How did you start working with DaBaby?

Just being from Carolina, honestly. I kind of had taken my state over and he recognized that and reached out. We just started like [that].

What's the inspiration behind the "Suge" beat?

If you go listen to a lot of DaBaby's music, it's pretty simple. We were in L.A. [and] were working for a couple of days back to back and a lot of the beat that we had going had a lot of melody. It was the last night of us making music together so I wanted to cater to his style of music. I just wanted to do something simple. Simple and quick.

What's your vision when you're putting a song together?

You're from South Carolina. There's a lot of talent there but we really haven't seen rappers reach commercial success. Why do you think people have been sleeping on that part of the U.S. when it comes to rap?

Honestly, because no one has been in the position to actually change the outlook. The outlook that people have in South Carolina. No one has been in a position to be able to tell them the other side of things. [There are] just certain things [artists] don't know and [don't know] how to operate to get commercial success. It's kind of like the blind leading the blind with that. No one is in a position to be able to change that. That's why people are sleeping on it because we're almost sleeping on ourselves. We have talent, but it takes more than talent to actually make it within the music business. No one has really been able to coach anyone. So that's why I've come into it.

Did you see working with DaBaby as a way to kind of bring up the Carolinas?

Yes. Actually, yes. My goal is to always work with someone from Carolina, whether it's South Carolina or North Carolina. I want to work with them from the start of their career until they reach mainstream success. That's always been my goal. I know the talent that's there, so I just figured once I do that, it'll be easier for me to bring in different artists, different talent from Carolina. That's always been the goal.

What else do you see for yourself in the next few years, what are some of your other goals?

How you plan to build your brand?

Kind of in the same way how I've been doing. Build stuff up, basically. Focusing on beat stuff. Probably on smaller things, and help them become bigger. I feel like it's my brand boy, so I just plan to continue to do that.

You seem like you're a very community-based person, that you're trying to help more than just yourself. We talked about bringing the Carolinas up. Has that been your vision since day one, to not just have you reached success, but a whole bunch of other people that you know?

Yes, definitely. When I started making beats, it was with a group. I had a group of friends who rap, so I was making all their beats. So from then I always had a goal to help somebody else. My goal is reaching success and [other people have ] always been attached to [that.] I've always been kind of that way. Just helping other people out.