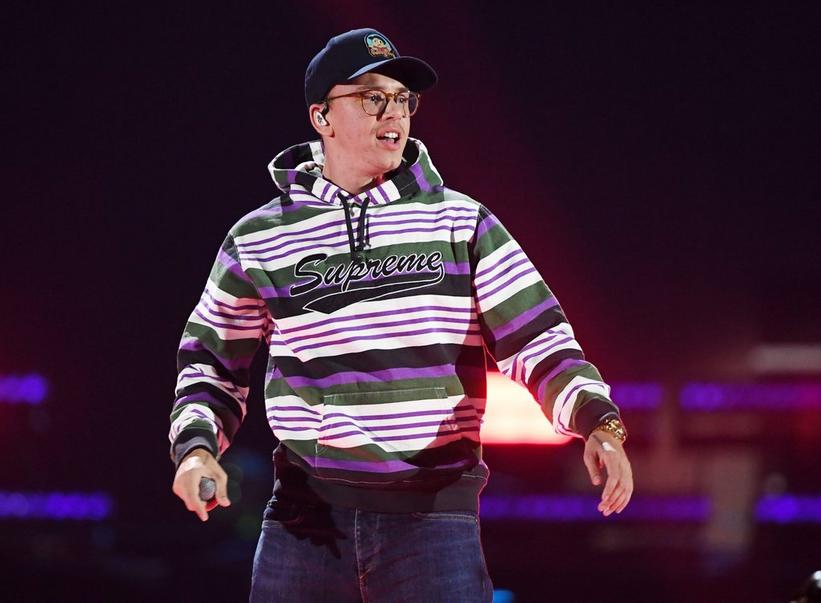 Logic Opens Up About His Truth & "Hardest Years Of My Life, Mentally"

A lot has changed for Sir Robert Bryson Hall II aka GRAMMY-nominated rapper Logic since he released his "1-800-273-8255" hit about suicide prevention featuring Alessia Cara and Khalid from his 2017 album, Everybody. While the song reached No. 3 on the Hot 100, it has done something even more life changing: he's received numerous "thank yous" from fans that say he helped saved their lives.

Success and motivation haven't stopped for Logic, who released several mixtapes songs online before getting a record deal with Def Jam and releasing his full-length debut Under Pressure in 2014. He released two albums, YSIV and Bobby Tarantino II, in 2018.

Billboard's recent feature on the rapper shows him in a very familiar light after it all: a poor rapper reaches success and gets the Rolex and the house in Calabasas, but it also dives deeper into how fame has changed his life and given him opportunities to further his creativity—Logic co-wrote Everything Must Go produced by J.J Arbams and starring Will Ferrell—but also put him in the uncomfortable place of public criticism.

“I was like, ‘It’s just so fucked up that people can think I’m this way or that way. I’m a good man. Why would someone talk shit about me?’” he asks in the article when speaking on his experiences with social media.

Not a flex just super grateful. Thank you... pic.twitter.com/vDuFwIdLRt

Logic's battle with how the world receives him has been a big part of how he sees his music, especially as a biracial rapper. On Everybody, he faced a lot of the noise.

"That's how I knew it was good because I was so scared to talk about even me being like biracial or what that's like, 'cause you look at me and then I talk about my experiences and you’re kind like 'Ahhh I don’t know how to take this.' But it's like you can take it however you want, but it’s the truth," he told the Recording Academy last year.
During that same interview with the Recording Academy, Logic spoke at length about mental health and his experience with anxiety. In the interview with Billboard he mentions how he continues to face challenges, especially with the negativity that can live on social media.  “The last two-and-a-half years were probably the hardest years of my life, mentally,” he says.

He told the Recording Academy that it wasn't always easy to talk about mental health. "I was so scared for so long to say that because society has lead me to believe that my anxiety is stupid and shouldn't be talked about, or that suicide, 'Who cares, who's weak enough to kill themselves?,' which is the most terrible, disgusting, ugly thing somebody can say," Logic said. "That's why I decided to write about these topics."

But Logic finds the positive picture to it all: “I am bringing up and shedding light on the negativities that have shown themselves in my life to paint the picture of letting go and of setting myself free and surrounding myself in happiness.”

The words ring strongly with what he also shared with the Recording Academy about Everybody.

"Once I realized, hey it’s the truth and it’s my story and it's something that doesn’t necessarily need to be contained maybe because other people think it should be because how I look or speak or this or that, I'm just gonna tell my story and I'm glad I did."