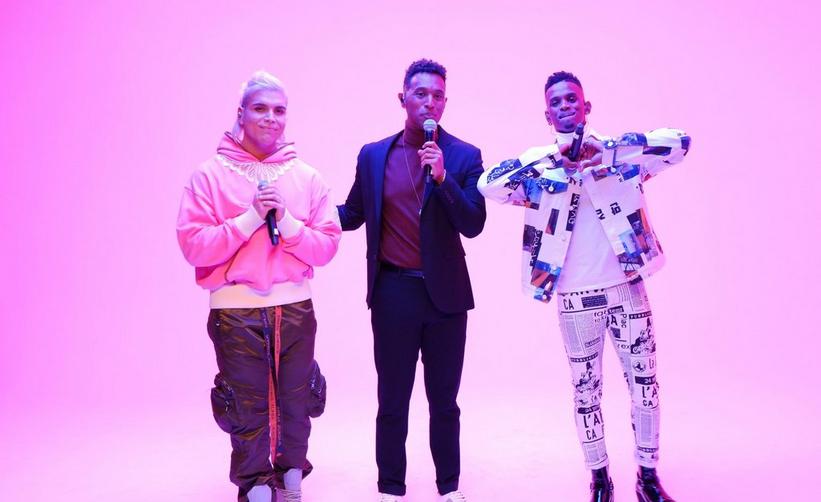 During the lively livestream concert on March 13, Justin Michael Williams debuted his latest inspirational track, "Believe," of which 100 percent of streaming royalties for March will go to Pandemic Of Love and Covid Survivors for Change

On March 13, one year after the World Health Organization declared COVID-19 a pandemic, three Los Angeles-based pop artists of color—Justin Michael Williams, Tito Rey and ALONZO—sang their hearts out to raise money for Pandemic Of Love and Covid Survivors for Change. According to Williams, who also hosted the show, the powerful livestream concert raised $5,600 for the two organizations, both of which directly support people who've lost a family member to COVID-19.

The event was filled with original music from each of the three artists as well as a powerhouse cover of John Lennon's "Imagine." In a time where the death toll of the virus continues to rise beyond the staggering 500,000 in the U.S. alone, the show was both sobering and filled with hope.

"Being able to perform again and use my voice and songs for such an amazing cause meant so much to me!" Rey shared with GRAMMY.com after the event. "I am so happy I could be of help. This whole event just reminded me why I make music."  He performed two original tracks, including his debut single, "Nobody's Illegal," which highlights the difficult experiences many immigrants, like himself, have to endure in this country.

In addition to a stirring spoken word segment to hit the messages of hope home, ALONZO delivered two soul-stirring tracks from his new debut album, ENOUGH.

"The power of music continues to amaze me. I needed that night. We all needed it. I could literally feel the love in the room," ALONZO said. "It was as if we all knew that this moment was bigger than us. It wasn't just another show for me. It was an honor and a privilege to play even a small part in helping those families."

Williams honored those who lost their lives to coronavirus, sharing heart-wrenching messages of love, loss and strength from some of their surviving family members. He put faces to the statistics and offered a very real dose of humanity. He also sang three of his songs, one in beautiful harmony with his fellow performers to close the evening, along with one brand-new track, "Believe," which he officially premiered and released that evening.

The cherry on top of being able to listen to the inspiring song now is that doing so will raise more money for families affected by COVID-19. All streaming royalties of the "Believe" for March from Spotify and Apple Music will go to Pandemic Of Love and Covid Survivors for Change.

"I wanted to do something that gave people the power to know they can make a direct impact," Williams explained. "This event isn't giving money to a 'charity,' it's giving aid directly to families in need, with no middleman—that's why we chose to partner with Pandemic of Love. They are a nonprofit disrupter."

He added: "What I'm most excited about is that we got to weave together music and motivational speaking to remind people how powerful they really are and help us turn toward believing in a brighter future ... I want people to know that even in their pain, they are growing. And to give people who don't have a way to give-back financially a chance to get involved. All they have to do is stream the song and they can support charity."