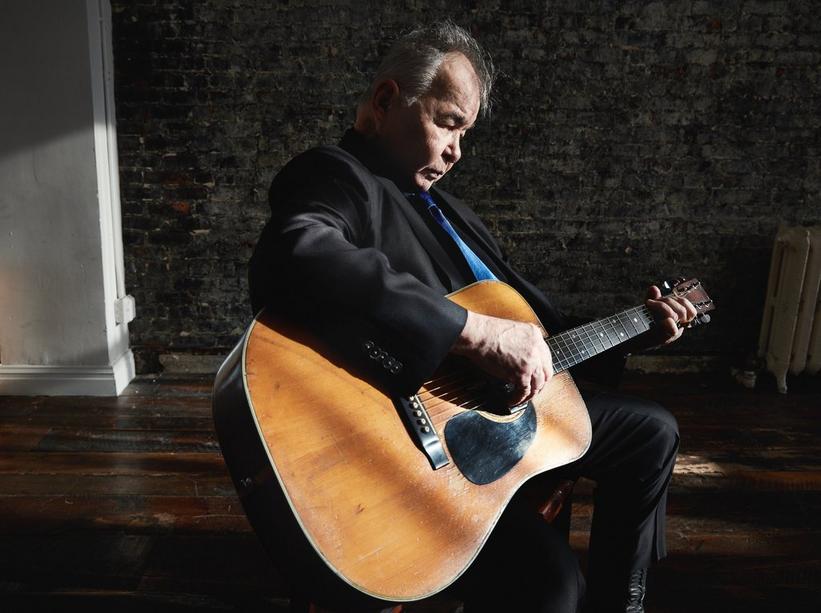 The GRAMMY-winning Americana figure opens up about his brand-new 7", how mining affected Muhlenberg County and why the Bluegrass State runs in his blood

GRAMMY-winning country/folk hero John Prine is widely known for his 1970 song, "Paradise," a wistful ode to a now-extinct Kentucky town that was ravaged by the strip mining industry. Almost 50 years later, he’s revived the song to benefit the very same coal miners and their families in Appalachia.

This version of "Paradise" rounds out Prine’s new 7" single My Kentucky Home, Goodnight, which arrived on May 11. The A-side is a cover of Stephen Foster's Civil War-era classic, on the reverse, a new version of "Paradise” with folk/bluegrass artist Tyler Childers. Sales will benefit the Appalachian Citizens' Law Center, which provides legal representation to miners and their families.

While "Paradise" is full of warnings about the ruinous effects of mining on small-town America, Prine remains sympathetic to the miners themselves. Not only did they put their bodies on the line, but many have fallen into financial hardship as the coal industry increasingly turns to dust.

"Those miners were the hardest-working people," he tells The Recording Academy. "I'll always respect what they did to provide for their families." These two modest recordings connect Prine meaningfully with his past — and help extend a hand to a struggling American region.

Read on for an interview with Prine about the new 7", how mining affected Muhlenberg County and why the Bluegrass State runs in his blood.

On "Paradise," you evoked youthful summers in Muhlenberg County, Kentucky. What made you want to evoke the state again with "My Kentucky Home, Goodnight"?

I love this Stephen Foster song and I love Kentucky. I guess it runs in my blood. My dad had a great affection for his home state and passed that love to me and my brothers. I still have a lot of family there and try to get to the annual family reunion as often as I can.

"My Kentucky Home, Goodnight" traditionally kicks off the Kentucky Derby. Do you have memories of attending the Derby as a kid?

We never attended the Derby. I’m not sure if my family could have afforded to take everyone. My cousin Jackie always had a famous Derby party, but I was always on the road. One of these days, I definitely want to go. I always make a small bet with my brothers on Derby day just for the fun of it.

Your father, Bill, actually grew up in Paradise. Can you talk about him a little bit?

He was a larger-than-life character. He worked hard to provide for us and enjoyed his beer and country music. I think he might have believed that one day he would take us back to live in Kentucky. He would take us there on vacation every year and those car trips are still some of my best memories of growing up.

Proceeds from the single benefit Appalachian coal miners and their families. What makes you connect with their plight?

When you grow up knowing that your parents' home place no longer exists because of mining, it’s a hard reality to shake. A lot of families are affected by the declining industry now and others are left with black lung. Those miners were the hardest-working people and I’ll always respect what they did to provide for their families.

A brand-new version of "Paradise" rounds out Side B. Why do you think folks connect with that song so strongly?

It’s one of my songs that I really didn’t think would make it to the 21st century, like "Flag Decal." I guess the world really has not changed all that much. People are connected to wherever they call home and where their parents were born, and we still have environmental issues and industries that no longer provide good jobs for working-class people.

Why did you connect with Tyler Childers for this version of "Paradise"?

Tyler has opened a bunch of shows for us and we traveled together to New Zealand and Australia earlier this year. I think he is one of the finest young writers out there and he is a great fella to hang out with. He gets what country music is all about. Writing about the people and places you know best and the feelings that come from growing up in rural America.

You've got a lot on your plate these days — this new single, an international tour. What keeps you so busy and motivated?

I love that my audience has expanded. My fans from the 1970s are still with me and now they bring their kids and grandchildren. It gives me new energy to play my songs for a new audience. When we traveled to Australia and New Zealand at the beginning of the year, I got to play for fans that had waited 25 years to see me live. That was an amazing experience and has really given me motivation to write new songs and keep performing.