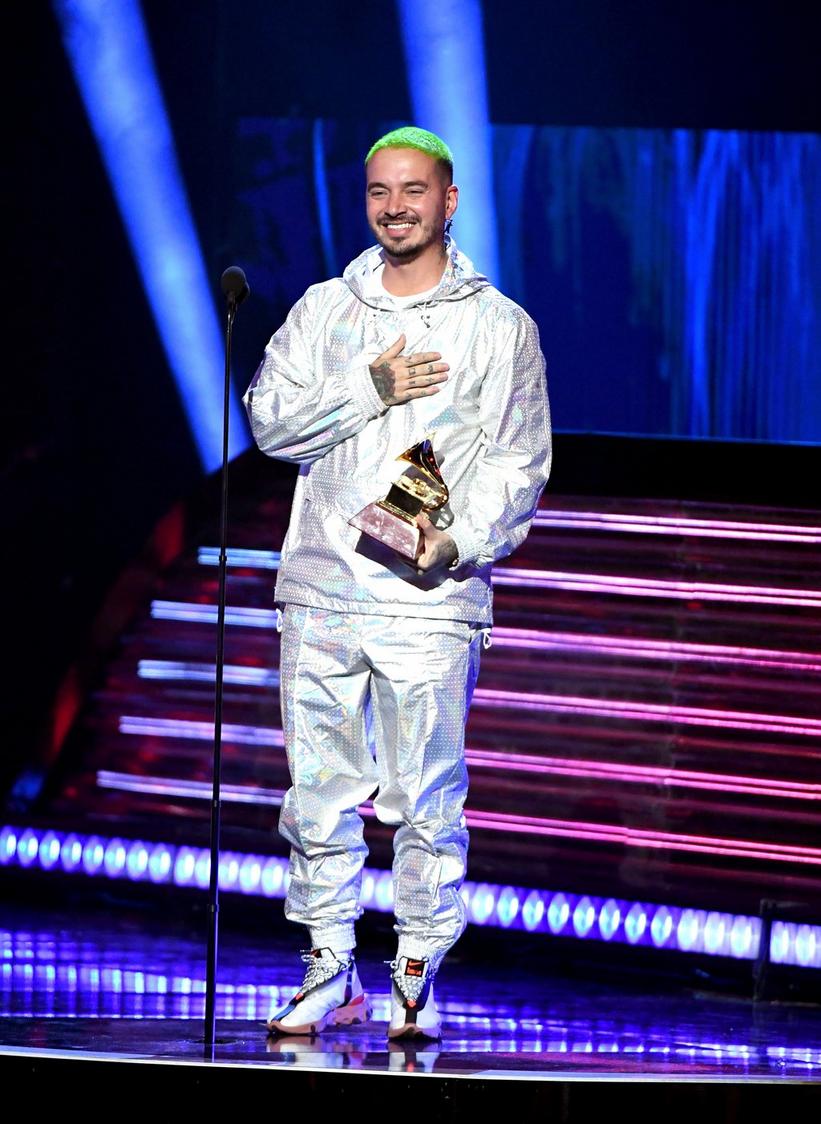 The 19th Latin GRAMMY Awards, held Nov. 15, was an exciting night for Colombian artist J Balvin, who led the night with a total of 8 nominations, the most of any other artist nominated at the show that night.

The rapper has been a recognized leader for bringing reggaeton back into the mainstream and harder than ever, since English-language pop-centric U.S. and other parts of the world first heard names like Daddy Yankee, Tego Calderon and Don Omar around the early '00s (Yankee also won an award last night, for Best Urban Song for "Dura.") The success of the genre the last few years has been slowly making waves at the Latin GRAMMYs. The genre has been climbing its way outside of just the urban categories and into general sought-after categories like "Record Of The Year," which Balvin was nominated for twice this year—2011's Album Of The Year winners hip-hop/reggaeton dup Calle 13 infused reggaeton and other genres in their award-winning Entren Los Que Quieran.

Balvin—who has collaborated with artists of other Latin genres, including indie, Alt. Latino artist, Carla Morrison, who he performed with at the show—used his speech for his only win, Best Urban Music Album, to address the state of reggaeton. He brought up the success reggaeton has had the last few years, despite the challenges the music has faced as a respected genre, and spoke about the power the genre has to change lives.

"Thank you. I want to share this GRAMMY with my colleagues. All the people from the urban genre that are nominated," he began. "To everyone that is representing this genre that we have fought so hard for, that has been sometimes a bit discriminated against, but here we are still fighting for it and showing that there are a lot of talented people, that reggaeton has saved lives, that reggaeton has motivated people to leave the streets and inspired better dreams, that shows dreaming is worth it."

READ: 2018 Latin GRAMMY Awards: Inside All The Action From Las Vegas

Balvin gave a special shout-out to Ozuna, another nominated reggaeton artist who has achieved mass success and garnered billions of views on YouTube. "Ozuna, you know I love you a lot and respect you a lot," Balvin said.

The rapper ended his speech by paying respect to Latin legendary artists that came before him, but said that was time for new legends to be made.

"Let's not kill the dreams of the new producers that are coming up, the new songwriters that are coming up. Value the young blood that is coming because we are the future of music," he said.
"Obviously with so much respect for artists who are legends and will be legends always, but it's time to create new legends, new motivations. For people on the streets to also want to be like us because we are also an example of what life can be. God Bless"