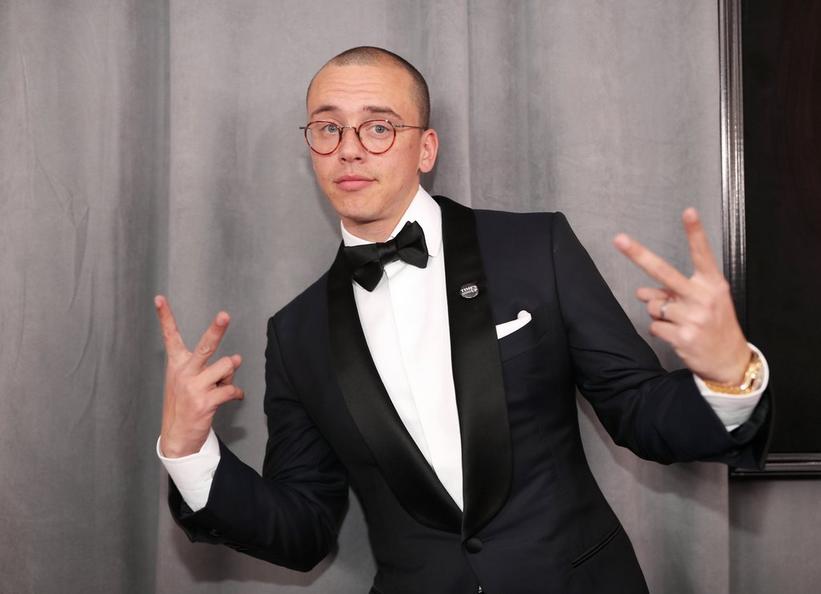 It's been a big year for rapper Logic, and perhaps surprisingly, a lot of that comes down to his willingness to tackle the difficult subjects of mental health and suicide head on.

One of the singles off his 2017 album Everybody, "1-800-273-8255," leapt onto the music scene and brought the Maryland native to a whole new audience. Not just any phone number, 1-800-273-8255 happens to be the National Suicide Prevention Lifeline, which offers services to those experiencing a mental health crisis, including suicidality.

The song, which also features Alessia Cara and Khalid, poignantly captures a dialog between a suicidal hotline caller, the counselor on the other end of the phone and the resulting journey from feeling hopeless and alone to finding a little hope.

Though suicide is the leading cause of death among 15–24 year olds, and it claims more than 38,000 lives each year, few artists tackle the subject head on in the way Logic did. He revealed during a visit to the Recording Academy's Santa Monica, Calif., headquarters that he was inspired to write the song after he went on a tour around the country to meet his fans. Many told them his music had saved their lives.

This got him thinking about not only the power of music to heal, but also how, as a society, we often don't talk openly about mental health. Though he said it was hard to talk about topics such as suicide and anxiety, which is featured on another track on Everybody, "Anziety," he knew it was vitally important.

"I was so scared for so long to say that because society has lead me to believe that my anxiety is stupid and shouldn't be talked about, or that suicide, 'Who cares, who's weak enough to kill themselves?' Which is the most terrible, disgusting, ugly thing somebody can say," Logic said. "That's why I decided to write about these topics because I was scared to write about them. And since I was scared, I was like, 'Well damn, it must mean it's good.'"

And it was good. "1-800-273-8255" earned Logic his first two career GRAMMY nominations at the 60th GRAMMY Awards for Song Of The Year and Best Music Video. Logic, Cara and Khalid also gave a stunning performance during the 60th GRAMMYs telecast alongside real suicide attempt survivors, which had an even more profound impact: The National Suicide Prevention Lifeline received triple their normal volume of calls following the performance.

For Logic, opening a dialog was also personally important because he has faced his own challenges with mental health.

"I wrote these things from a selfless place in my heart because there's so many people out there struggling, and I was struggling," Logic shared. "My highest grossing year was my most unhappy year of my life because I was working myself to death."

Nowadays, Logic has been working to find a way to balance a high-pressure career with the things that matter in life. The advice that works best for him?

"Balance yourself," he says. "That's what you have to do, and that's what these songs are about."