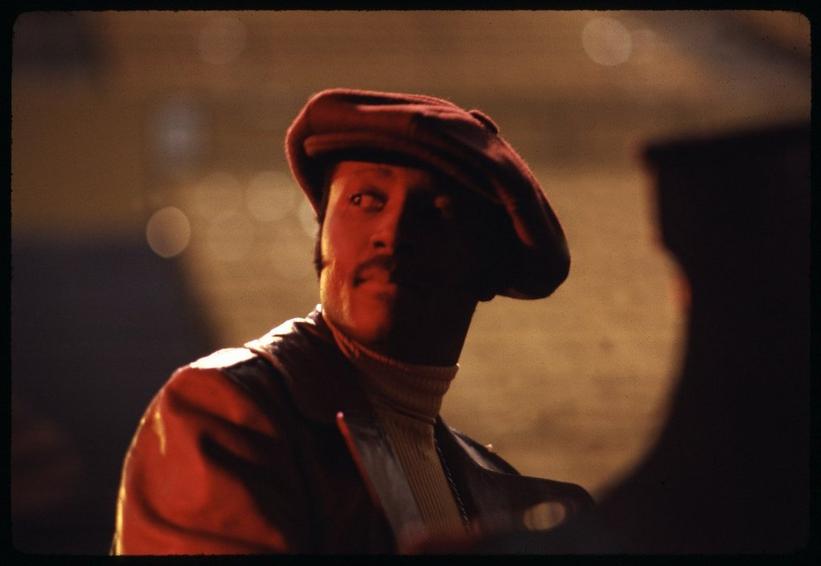 How Donny Hathaway's "This Christmas" Became An Eternal Holiday Classic

Donnita Hathaway, the daughter of the R&B and soul legend, tells GRAMMY.com why the iconic holiday song, which celebrated its 50-year anniversary last month, remains one of the all-time classics in that winter wonderland genre

Christmas has always been a time of hope and potential, of love and joy. A time when family comes together and everything else stops so the world can focus on what really matters. And more than any other holiday, a song can evoke that feeling in a single moment.

Nobody knows that quite as well as Donnita Hathaway, whose father, R&B and soul legend Donny Hathaway, released one of the all-time classics in that winter wonderland genre: "This Christmas," which celebrated its 50-year anniversary last month. "It's absolutely amazing to have 'This Christmas' celebrated every holiday season for the last 50 years," she tells GRAMMY.com. "It's humbling that this original song performed by my father and written by my godmother has that impact every year. And this year, in the midst of a pandemic, it's so special to feel the love from people saying that they're cueing up the song as a way to celebrate."

Born in Chicago in 1945, Donny Hathaway was initiated into the world of music at an early age. Reared by his grandmother, a gospel singer, in St. Louis, Hathaway joined the church choir at the age of 3; he later went on to study piano, eventually earning a scholarship to study music at Howard University. But after working on projects with legends including Aretha Franklin, Curtis Mayfield and The Staple Singers, Hathaway left school to carve out his own voice and pursue a career in the music industry.

Only five months after his widely adored debut album, Everything Is Everything, Hathaway released "This Christmas" as a single in December 1970. Though it has touched hearts all around the world, the track particularly feels like it taps into the core of the Midwestern Christmases of Hathaway's childhood: the warmth of gathering with loved ones around a chimney fire, the twinkle of a special someone's eye underneath the mistletoe, the streetlights reflecting off the mounds of snow out the window. "Fireside is blazing bright/We're caroling through the night/And this Christmas will be a very special Christmas for me," Hathaway smiles as the horn section roars to life.

"This Christmas" was especially important for the distinct leap forward the song took for Christmas music released by a Black artist. "Up until then African American music wasn't represented in Christmas," percussionist Ric Powell told the Chicago Sun-Times in 2009. "There was Nat King Cole and Charles Brown's 'I'll Be Home For Christmas.' During the mid-1960s, James Brown was also cutting holiday tracks like 'Santa Claus Go Straight to the Ghetto,' but they were more in the self-contained funky spirit of the Godfather of Soul than Christmas."

But "This Christmas" could extend beyond any box due to its unabashed sincerity and heart. "Donny was very upbeat during the session. He knew what he wanted to do musically and the impact he wanted to make with this song," Powell continues.

The song didn't necessarily take the world by storm on its initial release, but its appearance on the 1991 Soul Christmas compilation gave "This Christmas" the wider following it deserved. And while Hathaway's version of the song earned its place in the heart of the holidays, "This Christmas" has spread limitless cheer through countless covers. Takes on the track have spread across the decades, with everyone from Diana Ross, Aretha Franklin, The Temptations, The Four Tops and Stevie Wonder through to *NSYNC, Christina Aguilera, Usher and Mary J. Blige releasing their own versions.

"The top artists from so many different genres have covered the song, and it's so gratifying to see his musical peers honor his work," Donnita Hathaway says of her father's iconic song. "But the magic of Donny Hathaway will always make his version essential. There's the technical ability, but then there's the soul of a person that just pierces through and makes you smile, makes you want to be with that loved one. Every time I hear the song, it's almost like I can see him and feel the joy and contentment that are the essence of the holidays."

Within years of releasing "This Christmas," Hathaway's career grew to ever-increasing peaks. His 1972 duet album with Roberta Flack, Roberta Flack & Donny Hathaway, reached No. 3 on the U.S. charts and featured "Where Is The Love," which would go on to earn a GRAMMY for Best Pop Vocal Performance By A Duo, Group Or Chorus at the 15th GRAMMY Awards in 1973. Hathaway's ability to swirl soul, R&B, jazz and more into an undeniable blend—all while standing strong with his trenchant social commentary—made his ascent rapid and powerful.

That combination earned Hathaway a posthumous Lifetime Achievement Award in 2019, 40 years after his passing. "When I learned that he was earning that honor, I just jumped for joy," Donnita Hathaway says. "You can't get any higher than a Lifetime Achievement recognition from the Recording Academy. And then [in 2020], Roberta Flack was acknowledged as well, and to have both of them back to back has really been amazing and beautiful."

But even as Hathaway's profile grew in the '70s, he suffered from flares of depression and was eventually diagnosed with paranoid schizophrenia. After stretches of relative success and struggle with his mental health, Hathaway was found dead outside his New York hotel in 1979, from an apparent suicide having fallen from his balcony.

While "This Christmas" is a massive element within Hathaway's expansive career, so, too, is his family's advocacy for mental health in music and art. In 2015, Donnita launched the Donnie Hathaway Legacy Project, which is devoted to honoring her father's legacy and shining a light on the importance of mental health through art, nutrition, self-care and mindfulness. "I didn't want his life to be in vain," she explained. "If I can help someone, help the mental anguish that someone may go through, then I've done my job. I lost my dad at 2, and I lost my mom at 19. I realized what happens when your heart breaks and you don't heal it. I wanted this to be a worldwide initiative that focuses on holistic tools like music, because music is a healing tool."

"So many people have lost loved ones, lost jobs, can't be with their family members," she explains. "We need to talk about how we can make Christmas special for everyone. It helps that we can always look at 'This Christmas' as an inspiration, even throughout the year, to make sure everyone is feeling special. And it always comes back to my dad's music, while also acknowledging his life and the things that troubled him as a way to prevent that from happening to our loved ones and friends."

Lalah Hathaway On Mental Health Awareness: "You Can Never Look At A Person And See What They're Going Through"