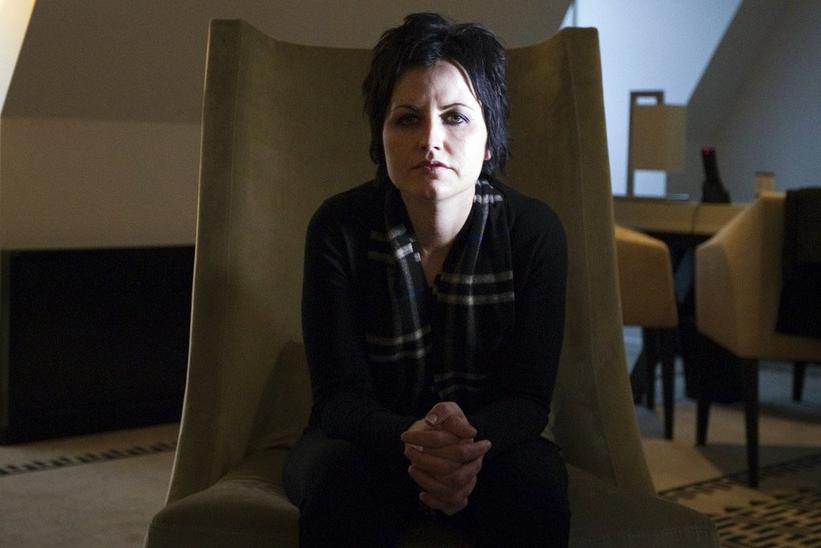 The Cranberries' iconic voice behind the '90s hits "Dreams," "Zombie" and "Linger" has died

Lead singer Dolores O'Riordan of the Cranberries died suddenly on Jan. 15 in London while in town for a recording session, according to a posting by her band on Facebook. While The Irish Times reports the Cranberries cancelled several 2017 tour dates due to O'Riordan's "medical reasons associated with a back problem," no cause of death has been officially disclosed. She was 46 years old.

A gifted songwriter and vocalist whose ballads helped define alt-pop in the '90s, in 1989 O'Riordan auditioned to join the iconic Irish band formed by brothers Noel and Mike Hogan. They released their debut album, Everybody Else Is Doing It, So Why Can't We?, in 1993, including the sleeper hits "Dreams" and "Linger," both of which charted on the Billboard Hot 100.

The band followed up with the successful 1994 album, No Need To Argue, which included the hit single "Zombie." Thanks to their early success, Rolling Stone called the band "Ireland's biggest musical export since U2."

The Cranberries released a handful of additional albums through 2001 before taking a hiatus. The band reunited in 2009 and released their first album in more than a decade with 2012's Roses. Their most recent release was 2017's Something Else.

Reactions to O'Riordan's loss have poured onto social media, with celebrities such as  GRAMMY host James Corden, Michelle Branch, Vanessa Carlton, and Hozier recognizing her extraordinary talent and influence.

I once met Delores O’Riordan when I was 15. She was kind and lovely, I got her autograph on my train ticket and it made my day. She had the most amazing voice and presence. So sorry to hear that she’s passed away today x

So sad to hear of Dolores O’Riordan passing. I remember as a young girl, hearing The Cranberries for the first time and wanting to be just like her.

My first time hearing Dolores O'Riordan's voice was unforgettable. It threw into question what a voice could sound like in that context of Rock. I'd never heard somebody use their instrument in that way. Shocked and saddened to hear of her passing, thoughts are with her family.

"Dolores O'Riordan and the Cranberries had an immense influence on rock and pop music in Ireland and internationally," said President of Ireland Michael Higgins. "To her family and all those who follow and support Irish music, Irish musicians and the performing arts, her death will be a big loss."

We are devastated on the passing of our friend Dolores. She was an extraordinary talent and we feel very privileged to have been part of her life from 1989 when we started the Cranberries. The world has lost a true artist today.
Noel, Mike and Fergal

50 Cent To Neil Young: 10 Songs That Call Out Kurt Cobain