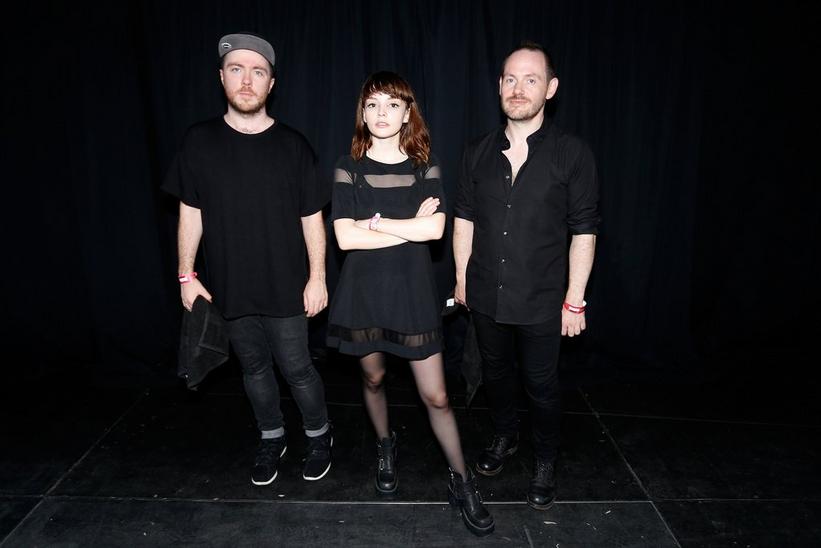 Matt Berninger, lead singer for the GRAMMY-winning alternative rock band The National made a surprising cameo in the music video for "Get Out," the lead single from CHVRCHES forthcoming third album Love Is Dead. With the album's May 25 release date fast approaching, the Glasgow, Scotland-based electropop act have brought Berninger back around as a featured vocalist on their new album's second single "My Enemy."

"We’ve all been huge fans of The National for a long time," CHVRCHES singer Lauren Mayberry explained to NME, detailing that the two bands had shared a few festival billings together before becoming close while working on releases for Berninger's 7-Inches For Planned Parenthood fundraising initiative.

"[W]hen it came time to record 'My Enemy,' Iain [Cook] and Martin [Doherty] suggested I email Matt to see if he’d like to sing on it," Mayberry adds. "We never realistically thought he'd have time to do it but he replied right away and recorded the track at his house the next day."

The resulting collaboration touches all the right notes of CHVRCHES trademark sound: it's lyrically lush and sonically layered enough to wow crowds at festival stages, but also packed with hooks and catchy vocal melodies that should play well on radio and streaming platforms.

Pulling no punches in his own description of the new record, CHVRCHES' guitarist and producer Iain Cook added, "we're f, the world is f. But there’s an ellipses at the end. …Like, how did we get to this point? And how do we move on from this point? It's 'Love Is Dead, we're f*, what's next?'"