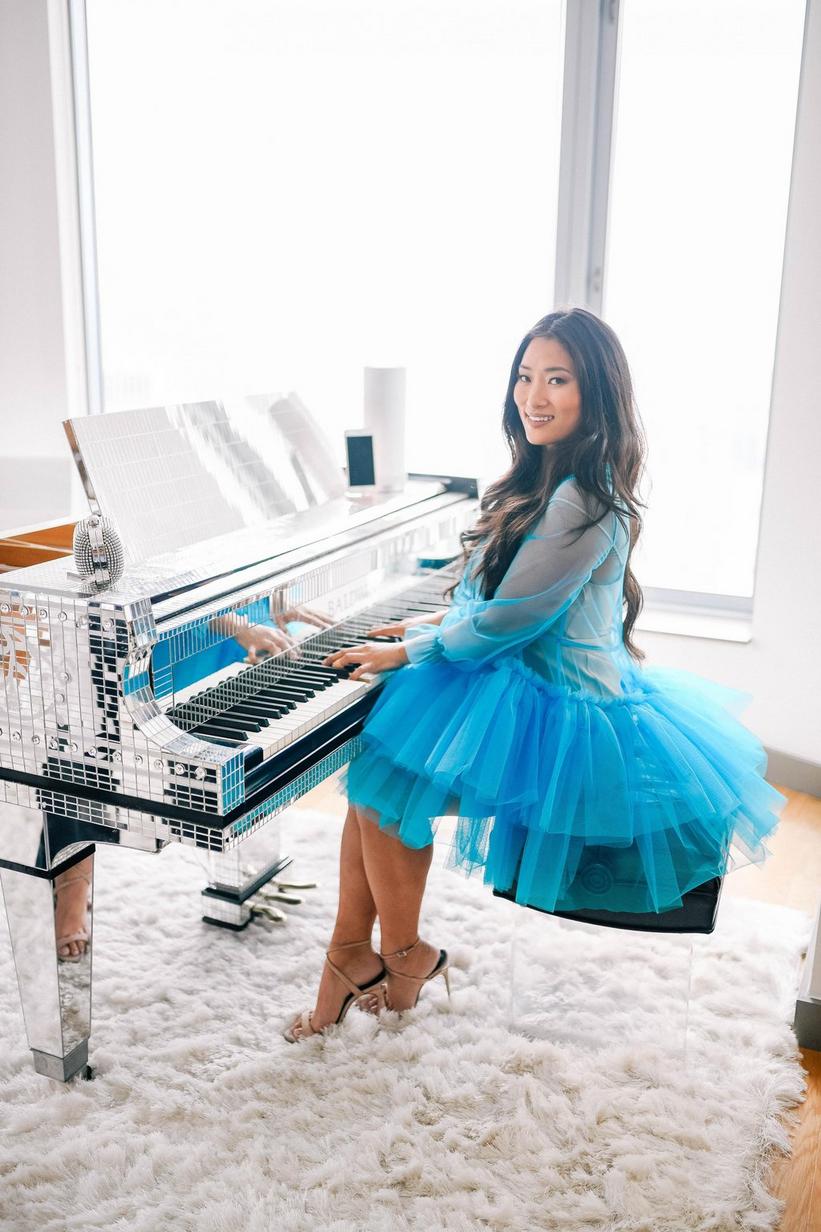 Photo: the art of being female

Moments before taking the stage for her most visible performance to date, in front of 22 million people, to be exact, Chloe Flower was understandably nervous. The GRAMMY-winning instrumentalist was about to play alongside Cardi B at the 61st GRAMMY Awards.

"When I got offstage, I was mortified, I was like, I think I looked at the camera. Like, a lot," she says over the phone. "And I was like, I don't even know why because I never did that during the rehearsals."

Wearing a Fouad Sarkis-designed couture dress fit for a 17th-century queen while playing a crystal-covered Liberace piano, Flower's now-famous look into the camera at the start of Cardi's "Money" performance didn't appear anxious at all. In fact, it looked more like a challenge to the world, letting it know she had arrived.

The fierce performance by both Flower and Cardi would be one of the most talked about performances of the night. While it may have been the first time most pop music fans became aware of Flower, who grew up in Pennsylvania and began taking serious piano lessons at the age of 12, she'd been making waves on social media for a while, most notably by performing covers of pop and hip-hop hits like the "Despacito" remix by Luis Fonsi, Daddy Yankee and Justin Bieber, as well as "Humble" by Kendrick Lamar.

The instrumentalist, who is also a businesswoman and an activist (Flower is passionate about using music education as a means of preventing human trafficking), had one goal that night, and it's the same goal she strives for every day: to show audiences that classical music is cool and accessible no matter your economic background.

Flower spoke with the Recording Academy about what her experience in the music industry, her activism, performing with Cardi B at the 2019 GRAMMYs, her recent signing with Sony music, her forthcoming album and more.

When did you begin playing piano?

RELATED: Behind The Board: Lynne Earls Shares How Working With K.D. Lang & Others Taught Her Instinctual Music-Making