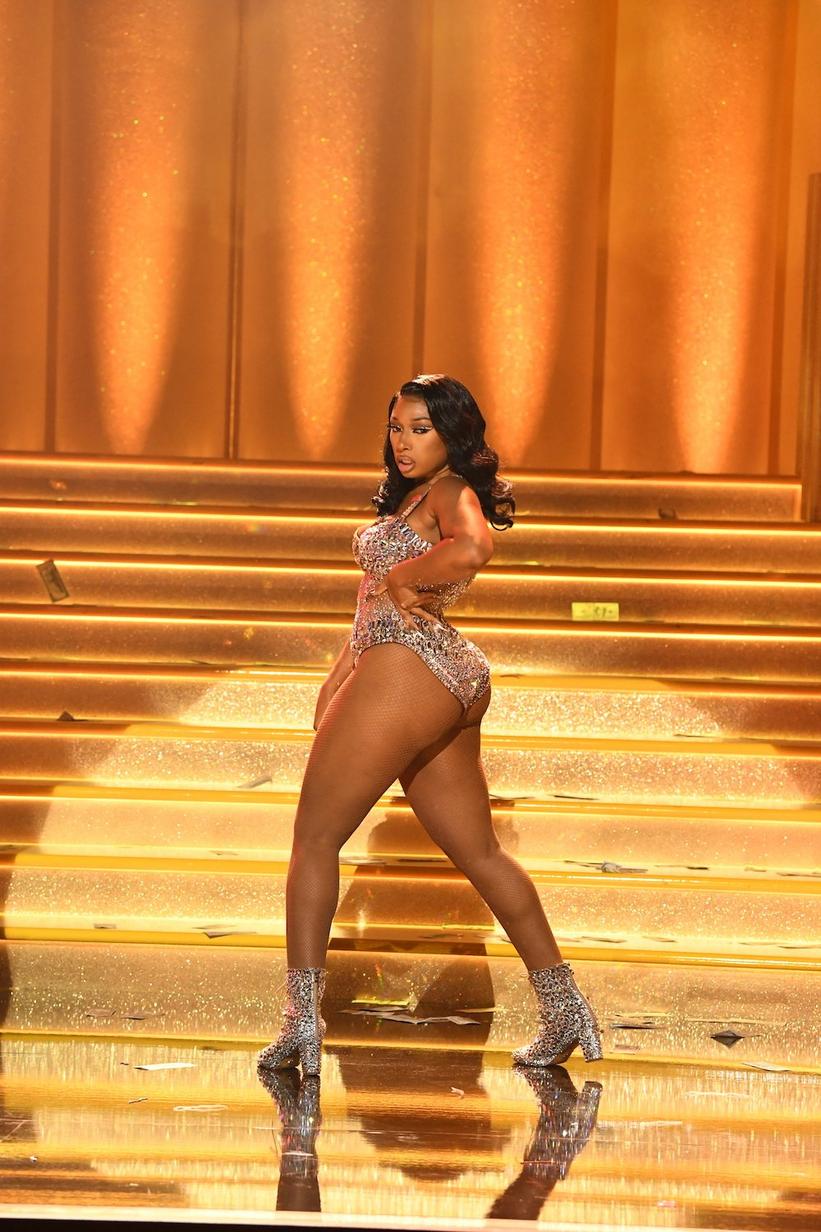 First up was Megan Thee Stallion who made her live debut at this year’s stage. Her set captured the glitz and allure of Old Hollywood as she channeled her inner Las Vegas showgirl. She began her set with Good News single “Body” that was accented by the rapper’s signature booty shaking.

Next up was her GRAMMY-winning “Savage” single. While Beyoncé didn’t appear to sing her part on the remix, Megan more than held her own as she nailed choreography and flirted with the camera. Suited male dancers, a brief sample of D4L’s 2006 single “Betcha Can’t Do It Like Me” and tap-dancing women elevated the musical-inspired performance. “‘Savage’ is my confident anthem,” she said of the hit in an interview prior to the showing. “I’m describing myself and how other people should feel.”

Then, the stage transitioned from the roaring ‘20s to the future as Cardi B proceeded to take over. Resembling a badass fembot in a metallic pink suit, the Bronx star dominated in front of avant-garde visuals as she rapped her latest “Up” single. She was soon joined by Megan as they wowed viewers with a vibrant rendition of “WAP”.

With a larger-than-life stripper heel taking center stage, Cardi B and Megan Thee Stallion showcased their most provocative dance moves for their first televised performance of the hit. It was undeniably one of the night’s most unforgettable moments.

Earlier tonight, Megan Thee Stallion took home the award for Best New Artist, making her the first female rapper to win since Lauryn Hill in 1999. She also won Best Rap Song and Best Rap Performance for her “Savage” remix collaboration with Beyoncé, who joined her onstage as she delivered a heartwarming speech that honored her idol and fellow Houston star.

With the “Savage” remix trophy and Best R&B Performance win for “Black Parade”, Beyoncé is now the most decorated female artist with an all-time record of 87 GRAMMY Award wins.