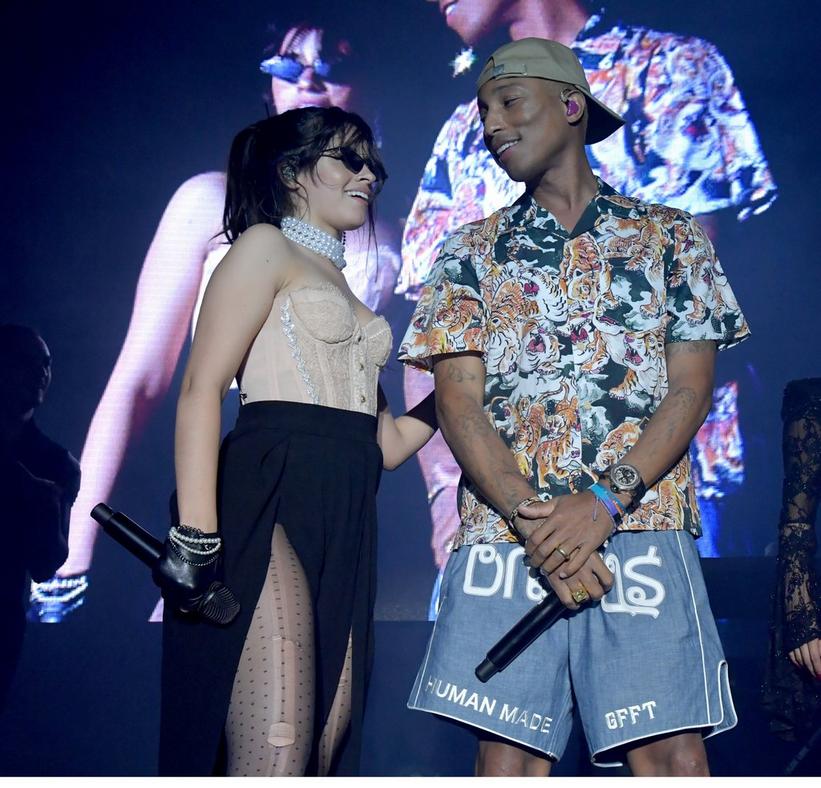 Camila Cabello, Pharrell Williams Mix It Up On "Sangria Wine"

Summer is so close you can taste it — and Pharrell Williams and Camila Cabello have started the party early with their new single, "Sangria Wine."

The celebratory song features Williams delivering a hook, answered by Cabello singing in both English and Spanish. The duo mixes it up over a salsa-infused beat with hints of reggae, a dash of horns and trippy vocal delay throws.

Williams and Cabello debuted the song last month in Vancouver during a stop on Cabello's Never Be The Same Tour. Both artists began teasing the single this week on social media with photos of each other and the hashtag #sangriawine.

Williams has been busy re-launching N.E.R.D. with their fifth album, No One Ever Really Dies, which arrived in December 2017. He will be joining Cabello on stage again soon as the duo are slated to perform their new single on May 20 at the Billboard Music Awards in Las Vegas.

Cabello is having a huge year already. The "Havana" singer released her debut full-length album on Jan. 12, Camila, which landed at No. 1 on the Billboard 200. She was also featured in the mini-documentary Made In Miami, which provided a heartfelt look into her childhood, immigration experience, and family.

The former Fifth Harmony member's tour continues in the U.S. through June 2 before she heads to Europe for most of June, returning stateside for 34 additional North American dates through October. A full list of tour dates can be found on Cabello's website.